Where Does Your Soul Come From? 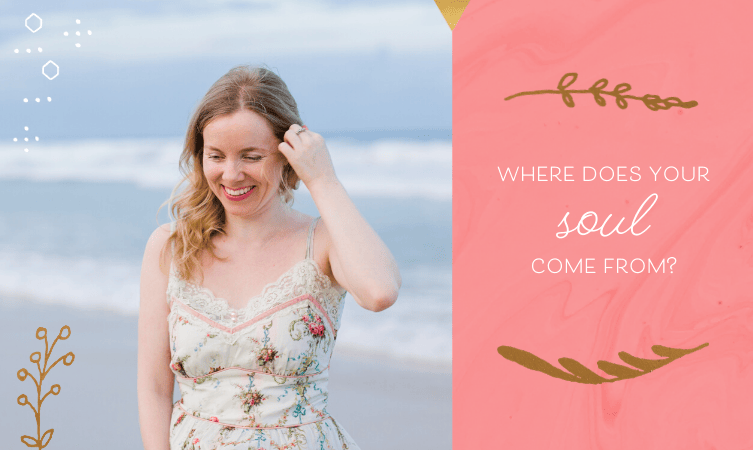 I have received lots of questions about ‘soul groups of origination’ – namely what are they and how they are relevant, so I thought I’d answer them in a blog post – it is a fairly interesting (albeit wacky) topic in itself.

If you don’t believe that you have a soul, then this information will be of no interest to you at all. However, if you’re reading my blog, I can probably assume you believe you have a soul, that’s to say, a part of you which is timeless – you can call this your spirit or Higher self or soul.

Where does your soul come from?

We all come from Source or the Creator – we are all Source energy in physical bodies. When we’re fresh from Source, we are nurtured and prepared for our very first incarnation. We then choose a place of incarnation.

Why does your first place of incarnation matter?

All star systems work with different categories of energies. For example, in Andromeda (aka the Mission Realm), they work with very high-vibrational, soothing, peaceful energies – those energies are excellent for witnessing, validating and holding a space for another person.

When we choose a certain star system for our first incarnation, we ‘absorb’ the energies of that place and they become a part of who we are, on the soul level. Then later, we bring those energies with us into subsequent lifetimes.

So if you experience your first incarnation in the Mission Realm (and you’re a Mission Realmer), you will become imbued to some extent with those peaceful energies and you will express those in all subsequent incarnations, no matter where the incarnation is. You will comfort others with your serenity and ‘all is well’ attitude. And it will be your soul’s mission to contribute those unique energies in situations where they are required.

Am I a star traveller?

Star travellers are fairly easy to spot. They are quite different from those souls who have only ever experienced Earth incarnations. According to my guides, about 22-23% of the Earth’s population are star travellers.

Basically, star travellers are different from Earth souls because they come in with an entirely different perspective (and agenda).

There are over twenty different soul groups. Each group has a collective past which governs their challenges, their Achilles heel and their gifts and strengths. It can be very validating to know why you feel as you do, why you are good at some things and find other aspects a challenge. It’s good to know your strengths so that you can focus on those, instead of beating yourself up for your weaknesses, which so many people do.

The thing about soul groups is that it all sounds really weird and a lot like something from Star Wars. I remember when I had a reading with my teacher a while back, she told me my soul group of origination which is Sirian. Half of me totally identified with the very specific information she gave me about my Sirian identity, and half of me was thinking ‘this woman is telling me which planet I’m from and I’m believing her, I need to get my head checked out by a doctor’. I also thought that lots of people feel out-of-place and as if they don’t belong – some of the information initially seemed too general. Only half of me actually believed that I was a star traveller soul, or even that such a thing existed.

It was only later on, when I started giving readings that I saw that clients identified time and again with their soul group of origination and the traits associated with the soul groups, general and specific. It is an amazing thing to experience, which has truly given me confidence in the veracity of the soul group information that is available to us.

How do we know about the soul groups?

Representatives of the different soul groups have been present on Earth since time began and some people remember where they came from! Plus many of the soul groups have been channelled. More recently (as in, within the last thirty years or so), an American named Arlen Bock channelled some very specific information about soul groups and passed it on to his students who saw certain traits and patterns in the various soul groups that they read for and further expanded on the information.

How can you find out your soul group?

Despite my initial scepticism, the topic of soul groups has become my favourite topic to write about and learn about. It’s so fascinating to learn more about the history of the different soul groups on Earth and to see which groups have incarnated when and where in different periods of history. For example, right now the Indigo children who are arriving here in hoards belong to one soul group in particular.

Do you know what soul group you belong to? Or have something to add to this? Please leave a comment below!

*Update: 10 years later, I don’t attract as many Blueprinters – my clients come from a variety of star traveller groups.

Do You Have One of these 4 Negative Energies Lurking in Your Home?
This is the second article in the series about space clearing (in case you missed the first one, it is here: Why I Love Space Clearing (Ghost Stor...
Do Negative Soul Groups Exist & Are They Trying to Control our Planet?
Hi Anna, You talk a lot about star seeds and the various soul groups of origin on your website so I was wondering if you have any thoughts on the...
How to Be Scammed Out Of $9000 By A ‘Psychic’
I wanted to share an extreme cautionary tale here on the blog about psychics who claim to help people to remove "curses" and reunite “twin flames”...