What Happens After Death? 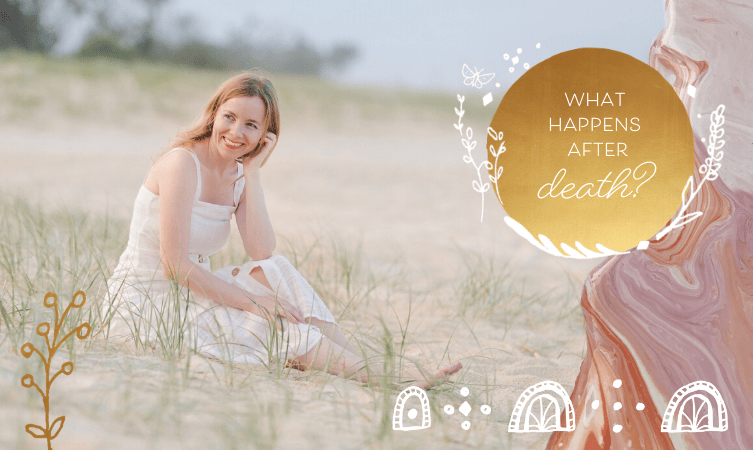 When you die, your spirit (or Higher self) all of a sudden is no longer confined to a human body. You become the whizzing, vibrating ball of energy that you always were – except now your energy is no longer contained by a physical body. Instead of perceiving things physically, through a body, you begin to perceive energetically and you can do everything that energy does.

This is much like being in a dream state, except it’s not a dream. You can fly!

What happens after death is that your thoughts and intentions take you to places and people in a flash, in a way that you never could when you were physical. Because you’re energetic, the soul gets to read energy and to know what the energies are around you and what their intentions are.

When you’re dead, you move at the speed of light. Have you ever felt impatient that things won’t manifest instantly in the physical plane, as soon as you think of them and want them? That’s because compared to being non-physical, being physical can feel like wading through mud.

This shift in perspective can cause a sense of confusion, sometimes it’s a sense of shock, especially when the death was sudden, traumatic or unexpected. A soul always knows when it’s time to go (you choose the timing around your death) but some souls don’t integrate the event very well or they weren’t prepared for how they would die.

I have a clairaudient relative who works in a hospital. She told me that while she was in the morgue with a young man who had committed suicide, she heard him speaking – asking questions about what had happened to him and where he was. So that kind of confusion happens after death sometimes.

But the person’s Spirit Guides, angels, and the third order will be waiting to guide you (The third order is the spiritual order that transports souls to the Ether after death.)

All of the above can take a matter of seconds, minutes or hours in terms of Earth time.

Then, you cross over.

Some souls wave goodbye and just cross straight over after death.

Some souls at this point won’t cross over fully – there are stages to the crossing over. Some want to stay behind and remain attached to their families and loved ones for a while (some cultures believe that a soul stays with the family for seven days exactly before it crosses over). Some souls can be here for longer. This is especially common for example when there is a strong attachment in the physical – for example, when a parent leaves a young child behind.

Some souls at the time of their death are at such a low vibration – such as fear, hatred or anger that they cannot cross over because they’re afraid. They may believe that they’re going to hell or that they deserve God’s judgment so they remain in the Earth plane after death. So, in a strange way, after you’re dead you’re still manifesting and getting what you expect. Those souls get help from their angels and the third order to raise their vibration so they can cross over.

Shedding All That Is Human

So we have said that when you die, you shed the physical body. You also shed certain human aspects such as any negativity or pain you were holding. Sometimes this can take a period which lasts several days. You begin the process of embodying everything that you learned in your lifetime and integrating all your experiences into the fabric of your soul. The negative falls away and the learning and wisdom remain. That is why when you connect to deceased relatives who were not your favourite people on Earth, they are usually more reconciliatory and loving. They can see more and their perspective has changed.

You also do a ‘life review’, where you watch the movie of your life, which also helps you to see more about your life and integrate everything you have learned. I have come across souls in my Akashic Record readings who do these life reviews with recently deceased spirits, as a career when they’re non-physical. Such souls tend to be counsellor types when they are incarnated and find that people will talk to them about anything.

What Do You Do Once You’re Dead?

You can do a variety of things.

You can incarnate again.

Or you can work with souls on the Earth plane – you yourself may be a member of the third order, helping souls leave their bodies and helping souls integrate new bodies that are being born into the world. If you do that kind of work, it will be written in your Akashic Record.

You may help others with their life reviews once they are dead (to become a kind of counsellor and healer). Again, if you do that it will be in your Akashic Record. You may become one of those advisor souls who helps others to choose their parents, family, and path for their next lifetime on Earth. You can prepare new souls for their very first incarnation. All of these are roles or non-physical ‘careers’ that my clients have had in between lifetimes.

You can even leave Earthly life behind and become a Spirit Guide (although this is not a usual path to take after an incarnation).

There are other places and star systems to explore and some souls (perhaps you) even come from these other places. So, at the end of your physical life, you can check out other star systems and places to incarnate. That’s a whole other ball game.

You can also study certain things that are useful to life here on Earth, that you could implement next time around. Are you a natural energy worker? That’s probably not an accident. Some souls study how energy integrates the physical human body and then come into their next incarnation with an understanding of how energy moves through the body and they can do cool things with it. Some souls study the original blueprint for the Earth plane and look at what they can do to bring the planet to a state of love and peace. There are many things to study and learn and this is just the tip of the iceberg.

Are Deceased Loved Ones Communicating With You?
Here are some of the ways deceased loved ones communicate with us from the other side: #1: Through Dreams When we are dreaming, we are very open...
Interview with Psychic Medium Amanda Linette Meder
In this interview, I am very happy to have Amanda Linette Meder joining me - Amanda is a psychic medium and blogger who shares her knowledge of Sp...
10 Signs You Are a Natural Medium
By Shar Smith... Mediumship has come a long way in recent years, with help from ‘celebrity’ mediums on TV demonstrating how they connect with p...