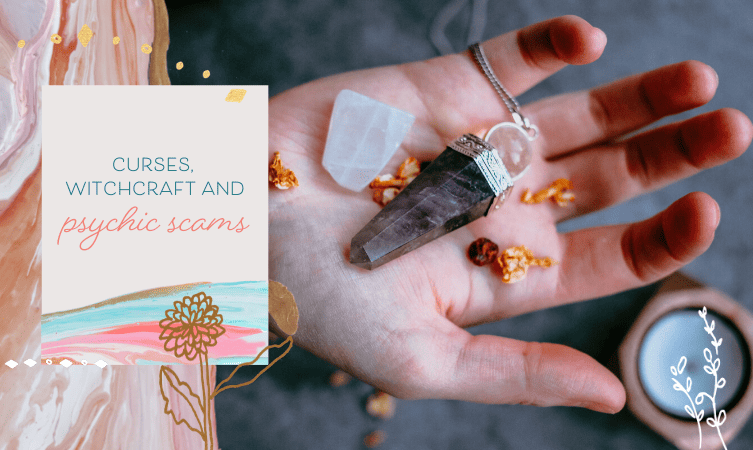 In this article I’m going to answer the following question:

Can curses cast by malicious people affect us?

But first, a story to tell you how I even got around to thinking about this weird topic:

Recently I have been watching a TV series which is based on the fifteenth-century life of Elizabeth Woodville, the wife and Queen of King Richard IV of England.

Queen Elizabeth was purported to be a witch and in the program, she is often to be seen having visions, predicting her own future and casting spells and curses.

So when Queen Elizabeth’s father and brother are murdered and the two noblemen responsible for their murder go unpunished by her husband the King, Queen Elizabeth turns to witchcraft to achieve what she was unable to persuade the King to do: she wants the perpetrators dead, and she curses them both.

And she gets what she was hoping for:

One of her enemies dies in battle and the other promptly drowns in a barrel of wine.

While it makes for terribly satisfying TV when the baddies get their comeuppance, in this instance it also perpetuates an unrealistic idea of what spells and curses can achieve – an unrealistic idea that we know has been around for a long time, since people in the Middle Ages believed that witches had tremendous power to do harm. I’m talking: crops failing, people getting sick and dying, livelihoods disappearing, and even storms and bad weather. So there has long been a deathly fear of witchcraft in the collective consciousness.

If the contents of my inbox are anything to go by, this fear is still alive and well in the 21st century because I regularly receive emails from people who get caught up in psychic scams involving curses. These scams evoke such fear in people that some will part with hundreds and even thousands of dollars, as a result.

I was hoping you can give me some advice. I had a consultation 5 days ago with a psychic in New Jersey and I think I could have been scammed. During the first reading, she told me that a jealous woman had cursed me and my boyfriend, and that our relationship would fail as a result.

She also told me that there was a generational curse on my family that caused us to die young. This really frightened me because on my dad’s side of the family, a lot of my relatives have died before the age of 50. She was able to tell me all sorts of accurate information about myself and I just couldn’t shake the idea that there was some truth to what she had said.

She told me I needed to pay $360 for special candles, and she would light these candles for me and remove the curse on me and my boyfriend. Later when that was removed she told me she needed $2000 to buy special equipment to remove the generational curse.

I was so scared by what she told me that I stumped up most of the cash. I’m supposed to pay her the rest tomorrow.

The curse removal involved her rubbing an egg over me while saying a few things like “get this evil out of me”, etc.  I also had to throw some salt over my shoulder and prick my thumb so it would bleed onto a special handkerchief while reciting a prayer. I feel so silly for believing her. Could this be true? If I don’t pay her the rest – can she curse me?

I would really appreciate your help. I don’t know what to do. Giving her this money has cleared my accounts completely.

I have to confess, receiving emails like this makes me feel depressed about the state of humanity. It is sad that there are people out there, calling themselves intuitives, who exploit the fears of others for personal gain. It gives the rest of us intuitives a bad name, and it is just plain cruel.

Yes, there are people who cast malicious spells and curses on others. But these curses do not have the power to affect us in the way some people think.

I once read for a lady who had curse energy in her auric field. It came from an ex-partner of hers she had been with in her twenties, who was a violent and angry person. She had a terrible time with him and put up with all kinds of abuse, but had managed to escape from the relationship, healed and had since remarried.

Life was good for her. She was content in her personal life and really successful in her career. He, on the other hand, was still in an angry place, and had been sending malicious energy her way.

But was she doomed because of this curse energy he’d been sending?

She still thought of him at times, and as a sensitive person, became aware of the angry energy he was sending her, but the curse did not impact negatively on her life or cause anything bad to happen to her. She mostly felt sorry for him. She had moved on.

The great cosmic web of karmic cause & effect cannot be so easily manipulated by another person.

Bad things cannot happen to us just because another person consciously wills it.

The things that happen to us occur as a result of our own actions, words, thoughts, and habits. The rest of the control is in the hands of God/The Universe/our souls – not other people.

I believe that before we even get here, our souls may put in place certain conditions, events and relationships that we will come across once we’re incarnated, to allow us to have certain experiences and learn certain lessons.

These lessons and experiences tend to revolve around themes, which can be carried over from one lifetime to the next. For example, I know from all the past life regressions and Akashic Record Readings I have done, that my soul is learning about power. I’ve had lifetimes where I’ve abused power, where I’ve been a victim, and everything in between.

If someone wrongs me in this lifetime because I give them too much power over me, it doesn’t mean I am cursed – it may mean that I am slipping into old patterns of victimhood that I am here to transcend. It could mean that there was an event related to abuse of power in a previous lifetime, and the karmic effects are reaching into this incarnation, like a ripple in a pond.

It could be any number of things. But one thing it will not be down to, is a curse.

Just as people in medieval times blamed witches because they didn’t understand why their crops were failing, a curse is a deceptively simple and false answer to what is actually quite a complicated question.

So beware of this scam. Please share this article with anyone who gets psychic readings and has a tendency to think the best of other people.

To sum up, this scam tends to follow a pattern:

And yes, I know that this article mostly contains extremely basic common sense, but it is amazing the power of fear on the human mind – scare someone enough and common sense can go out the window.

So a reminder of our own power doesn’t hurt…here it is:

Curses don’t work. We are the ones who have a great deal of power to affect the course of our own lives, through our actions, habits and words. We co-create our reality with God and our souls. And when we tune in to our intuition to co-create consciously, we can magnify that power. 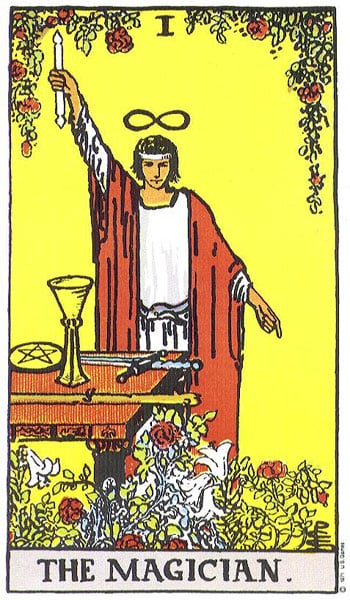 He knows the power is within him…

Have you had any experiences with curses or scams of this nature? Please share your comments below.

3 Ways to Make the Most of Mercury Retrograde
Note from Anna: I asked my friend, astrologer Jay Linden to write something about the planet Mercury, which goes retrograde today - 9th April 2017...
Premonitions of Death - Are They Real?
A question from a reader: Hi Anna, "Since we've been together, my husband has spoken of dying early (not often, but on a few notable occasions...
Numerology and the Divine Trinity - What Does It Mean When You See Repeated Numbers?
Have you ever looked up at the clock and seen recurring numbers? 1:11, or 2:22, or 3:33? Intuitively you know it’s a message, and you are right...