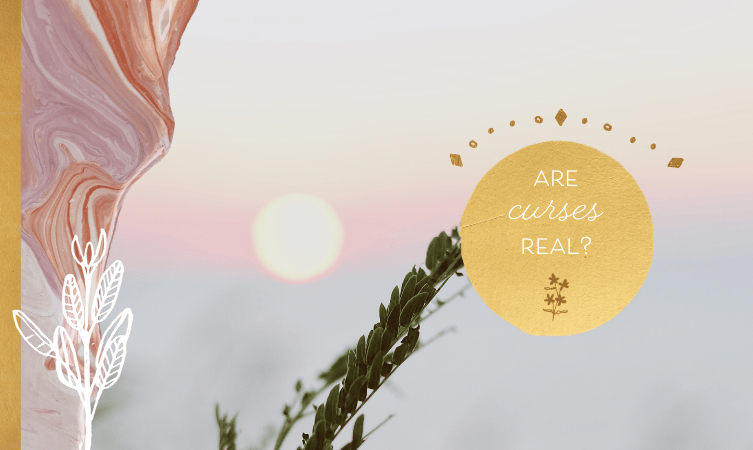 A small portion of the inquiries I receive are from distressed visitors, who are convinced someone has cursed them because they’ve had a series of unfortunate events happen to them recently. In this article, I want to talk about what curses really are and how they can happen.

Are curses even real? Or are you just paranoid?

First of all, yes, curses are real. People do place them on one another (although it is fairly rare and nowhere near as scary as people tend to think).

In this article, I will talk about some common scenarios of how curses get placed.

What are curses and how do people place them?

Have you ever felt so angry or mistreated by someone that you wanted some kind of revenge?  In our darkest moments, we can utter words like ‘I hope he suffers like I have’.  Any time we wish ill on another person and when we put energy and emotion behind it (even if it’s only in that moment), that is real curse energy.

Creating curses isn’t rare. After all, people get in conflict with one another, hate one another, have moments of anger and get resentful about things that happen.  Curse energy goes out to people. That’s no big deal.

But here’s when it starts to affect people…

…When the person who has been cursed decides to take on that curse energy into their energy field.

That doesn’t happen that often, but it can happen in one of two ways:

1. When the cursed person feels they deserve the curse because they feel guilty about something.

Here’s an example: let’s say Mary is dating a guy called Rob.  They have been in a relationship for six months and Mary is crazy about Rob and Rob seems to be crazy about her.  She is convinced that she has found ‘the one’.  He seems to feel the same way.  Then a few months later by chance she finds out he already has a fiancée and has had one the whole time they were seeing each other.  She is gutted, but above all, angry that he deceived her.

Rob is a bit of a ratbag so although he feels a bit guilty, he doesn’t do much to say sorry.  He just disappears off the scene, which makes Mary even angrier.  She wants revenge.  At her angriest, Mary wishes Rob a very unhappy married life with his fiancée.

Rob feels guilty that he deceived Mary and that he never really apologized to her, and on an unconscious level, accepts the energy of that curse into his energy field.

If he’s very sensitive or perceptive, he may actually have some conscious awareness of having taken the angry curse energy from Mary somehow.  He may notice it weighing on him.

His sense of guilt and responsibility for her anger acts as a receptor for the curse energy she sent him.

So that’s one common scenario for curses.  There is one more receptor for real curse energy and that is fear.

2. When someone is really scared

Let me give you an example of this:

Let’s say Mary joins an evangelical church that is very controlling.  The people in the church want to dictate how she dresses, who she spends time with, the work she does.  It’s all a bit cultish.  She decides it is not for her and she is going to leave.  The people in the church attempt to keep her in their church, saying that God is angry with her and that she needs to do as they say (this is a true story and actually happened to me.)

The next bit is not a true story though… 🙂

Let’s say even though Mary is really scared. She decides not to have anything to do with the church again and ignores their calls and invitations. One of them gets angry and asks God to curse her for her sins.  God doesn’t oblige so he goes ahead and curses her himself.  Mary is at a real all-time low in her life – she is scared of these people, she is vulnerable and her defences are down.  She has a panic attack.  That fear acts as a receptor for the curse energy because she doesn’t have much control over her own energy field at that moment.  The curse energy attaches to her simply because she believes it has real power over her.

When You Are Probably Not Cursed

Sometimes people write to me because a ‘psychic’ has told them that they have been cursed and that they need to pay a fee to remove it.  This happens a lot online, especially when free readings are advertised – you hand over your email address and the person gives you a general cold reading that is sent out to everyone. You think it might be real. Then the intuitive starts to harass you day after day, telling you that you’re cursed and for $50 they’ll remove the curse.  These ‘psychics’ are scammers.  This has happened to me online several years ago (I got hounded every day by a psychic who wanted to convince me I was cursed) and it’s what often happens when you enter your email address into a form for a free reading.

And if you would like more advice on choosing a reputable psychic, check out this article: 4 Tips for Choosing an Intuitive.

Do You Have the Spirits of Your Ancestors Around You?
I received this question from Abby, a student of my Intuitive Awakening Course: "After my father passed away last year, I became really intereste...
3 Ways to Make the Most of Mercury Retrograde
Note from Anna: I asked my friend, astrologer Jay Linden to write something about the planet Mercury, which goes retrograde today - 9th April 2017...
10 Steps to Providing an Amazing Psychic Reading
By Shar Smith. Delving into the intriguing world of psychic development is life changing and feels very empowering. It is comforting to know th...