Who Were the Women in Intuitive Experiment #33? 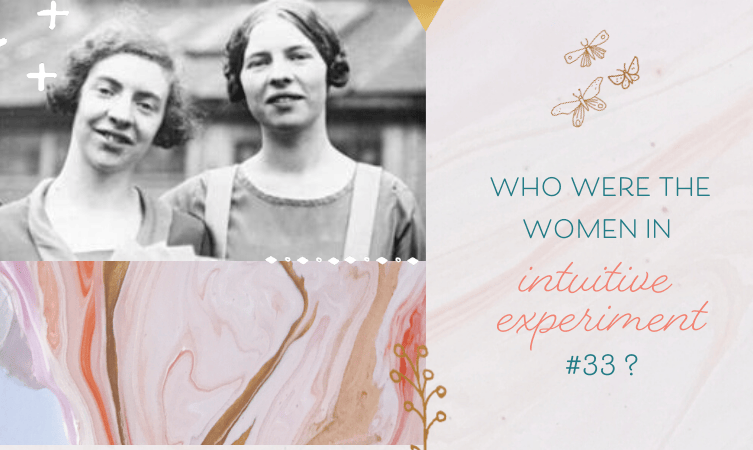 The people in this experiment are Ida and Louise Cook, two opera-loving British sisters who were instrumental in the aid and rescue of numerous Jews between 1934 and 1939. Their exploits flew under the radar for many years, but were truly remarkable in their clever and daring execution. 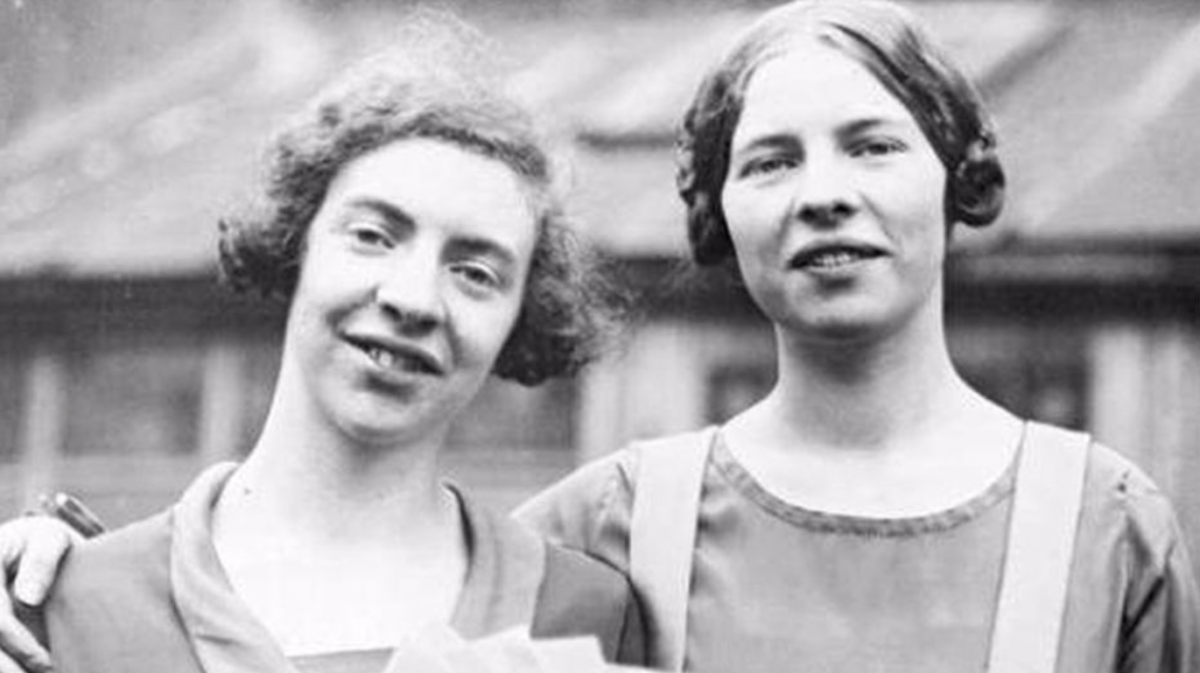 Born in the first years of the 1900s, Ida and Louise never married or had children – a common situation for many women at the time, since many eligible men had died as a result of World War I. They lived peacefully in a modest home in South London for most of their lives, making a meagre living as shorthand typists.

Over the years, however, the Cook sisters developed a passionate interest in the opera, and eventually became quite ardent followers of the music scene – traveling to performances and seeking out autographs like modern-day rock groupies.

During a festival in Salzburg in 1934, the sisters were introduced to famed conductor Clemens Krauss, whose wife made them aware of the harsh conditions that Jews were facing in Germany and Austria during the period before World War II.

Jews were already experiencing persecution in those countries, and although they were still allowed to leave at the time, they faced an almost insurmountable Catch 22 – they were not allowed to bring any money or belongings with them from their homelands, but would also not be accepted into Great Britain unless they could demonstrate that they had work or adequate funding available to them upon arrival. Ida and Louise were moved by this desperate situation, and decided to do something to help.

In order to assist the stranded and persecuted Jews, the sisters concocted a brilliant but dangerous plan – they would continue to travel to various places in the guise of opera junkies, dressing in plain and unassuming clothing when they crossed the border from Great Britain into Germany or Austria.

When they returned, however, they were laden with furs and jewelry belonging to the refugees they were assisting, but which they claimed were their own. As a cover story for carrying so many valuables with them, they told customs officers that they were two nervous spinsters, who simply didn’t trust their relatives enough to leave their jewelry unprotected at home. This explanation, while somewhat odd, could not be directly contradicted.

Ida and Louise always crossed at different points of entry when coming and going, so that officials wouldn’t notice that they carried hardly anything when entering the country, but came back “loaded to the Plimsoll Line” with expensive goods.

Because the clothing the sisters themselves wore was very plain and ordinary, officers often assumed that the jewels they were decked in were simply fake, further reducing suspicion. But they might still have been questioned and apprehended at any point – risking arrest, internment in concentration camps, or worse.

In an effort to help fund these rescue missions, Ida Cook began to author light romances, which were produced by the publishing house Mills and Boon. Over the next 50 years she wrote roughly 130 novels under the pen name Mary Burchell, which was a major help in defraying the cost of travel to various opera houses. For his part, their friend Clemens Krauss assisted by arranging performances in the cities and on the dates the sisters required, to provide the necessary cover for their smuggling activities.

Historians are still not sure that these efforts explain how Ida and Louise were able to afford as much air travel as they undertook, however, and some wonder whether they might have been secretly working for the British government in espionage as well. Efforts to unseal secret documents held by the CIA are currently underway, which might eventually shed more light on the matter.

Ida and Louise are credited with saving dozens of Jews between 1937 and the onset of World War II. They were notoriously humble about the many unfortunate people they assisted at great risk to their own lives, and Ida only glossed over the affair very briefly in her memoirs. In the ensuing years, they would only discuss their exploits if directly asked about them.

Even so, in 1955 the sisters were recognized by the state of Israel with the Righteous Among the Nations designation, and in 2017 the Sunderland Council memorialized them with a plaque outside their childhood home on Croft Avenue. A movie chronicling their exploits is currently in the works as well.

Ida died in 1986, and Louise in 1990. Their legacy lives on in the form of generations of Jews whose lives and bloodlines would have been cut dramatically short, were it not for the cleverness and bravery of these unassuming women. For that reason, their clandestine “opera operation” will live on forever.

Several people picked up on the fact that these two were sisters, and had a connection to World War II and to Germany and the Nazis. Bravo to you! Charlie and Doris noted correctly that Ida and Louise were involved with the opera scene, and traveled widely in order to help people.

Sallyg, Lacey, and Tui Snider also sensed the sisters’ warm, loving vibes, and the fact that they assisted Jews in escaping the Holocaust during the war, so well done to you as well. And as Samantha Lin noted, they were definitely highly moral people who stood up for what they believed in.

There were some really awesome and specific hits in this exercise! Great work from all of you!

Now, if some readers were fooled by the plain and unassuming appearance of these two women, don’t feel too bad – that’s exactly what they had in mind, and it’s that very factor that made their plan so successful! They even sought to exaggerate their ordinariness, in the interests of flying under the radar as they traveled. In truth, they were masters of deceit and disguise.

This only goes to show, however, that you really can’t judge a book by its cover, and it always pays to challenge our assumptions about looks, dress, and so forth when reading people intuitively. They might not be who they appear to be! So dig a bit deeper, and see if your innate sense of the person matches up with who they are on the outside – and if it doesn’t, trust that information and see where it may lead. As in the case of these two “nervous spinsters,” you might be very surprised!

Overall there were too many hits to mention everyone individually, but I saw a lot of excellent work on this experiment!

Here are my questions for you, dear reader:

And finally, the more experienced you are in reading photos, the easier it becomes to get past facades and get to the heart of who someone really is. However, practice is not the only factor in reading people successfully – having a good technique helps, too! If you would like to learn the method I personally use for reading people, check out my Intuitive Awakening Course which has been taken by 1500+ intuitive developers.