Why I Love Being a New Ager 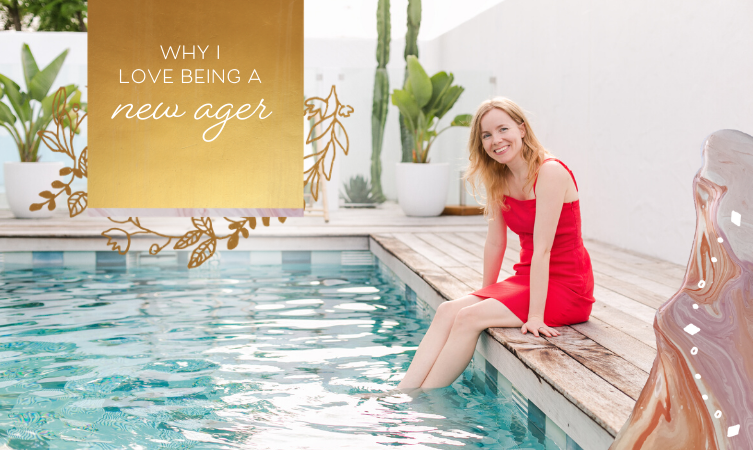 This is a great poem by Jack Clarke which exemplifies exactly why I love ‘New-Age’ philosophy and thinking.

What is New Age, Anyway?

It’s people taking conscious responsibility for their own lives, not blaming others for their problems.

It’s people who deliberately decide to learn and grow.

It’s people that don’t have to be right, except for themselves.

It’s people seeing problems as lessons, perhaps in a long series of lives and lessons.

It’s people who believe we are what we think we are, and can change ourselves by changing our thinking.

It’s people that feel they can change the world by changing themselves, not by trying to change others.

It’s people who search for strength from the universe by going inside themselves.

It’s people that recognize love doesn’t have to have conditions attached.

It’s people loving and knowing themselves in order to better know and love others.

It’s people who see others as not better than or less than, but rather different than, themselves, yet part of the same whole.

It’s people that choose their own path rather than follow dogma.

It’s people honouring your right to your own path, not theirs.

It’s people who realize that now is all we have, since yesterday is just a thought and so is tomorrow.

It’s people interested in owning themselves rather than things.

It’s people who see joy in life rather than pain, having experienced enough pain already.

It’s people curious about extra sensory perception and all it implies.

It’s people in all walks of life, from business persons to flower essence healers, psychologists to UFO investigators.

New Age is not a new religion with a hierarchy of priests and rituals, seeking converts, though some new agers choose some ritual.

New Age is not often gloom and doom, though many are concerned about ecology, the economy and other forces that affect our world.

New Age is not a movement based on guilt, anger, fear or hurt; it is a journey toward the love that is God.

New age is not allegiance to one master; it is learning from many masters in the quest for the oneness of God.

New age could not become a cult because of what is said above.

New Age is not just humans doing, it is humans being.

Do you agree with what the poem says?

Glad to Be Alive – Christchurch Earthquake
Yesterday there was an earthquake in my home city of Christchurch. I've been touched by the emails from readers asking if I'm OK and sending their...
Thursday Odds and Ends
A couple of weeks ago I had the flu. I juggle a teaching job with doing readings and writing for my blog and it can be difficult to get back to no...
I Moved to Yorkshire
It's been a bit dead around here recently so I just wanted to give an update to all the lovely people who sent well wishes and kind words in respo...