What Kind of Empath Are You? 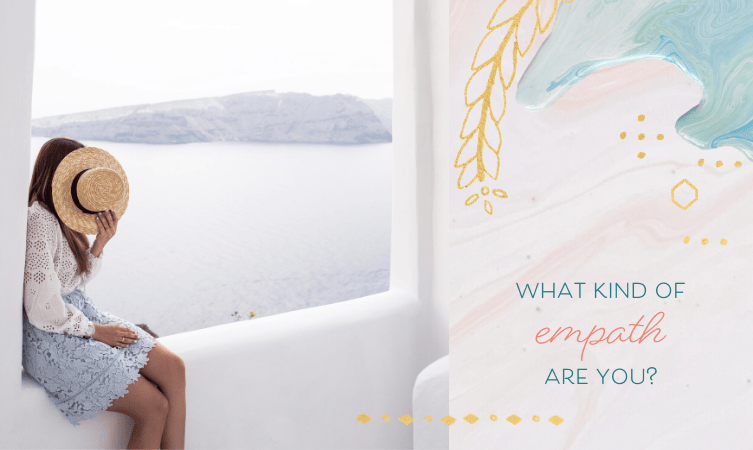 (An empath is someone who picks up on and absorbs other people’s energies. To find out if you are an empath, you might like to read this article: Signs You’re An Empath.)

Did you know there is more than one way to be an empath? When it comes to picking up on other people’s energies, different empaths can ‘feel into’ various aspects of others’ experiences, such as the spiritual, the psychological and the emotional. What a particular empath can pick up on depends on what their particular gifts are.

Below is a list of the most common empath gifts I have come across in my work so far. See how many you resonate with!

Emotional empaths feel and take on other people’s emotions as if they were their own. This means that they are able to receive and process other people’s emotional data through the heart chakra. This form of empathy can create an emotional rollercoaster for the empath to contend with on a daily basis, as they are often overcome by random emotions, and can get confused about what belongs to them and what does not.

Spiritual empaths also pick up on and absorb other people’s energies, but rather than processing these energies emotionally through the heart chakra (like emotional empaths do), they process and experience them spiritually through the crown chakra.

Spiritual empaths tend to have active upper chakras, and an expanded understanding of the world and of other people. Being a spiritual empath gives you the gift of knowing what it is like to be another person, deep down and on the soul level. This gift is activated by looking into another person’s eyes.

Spiritual empaths can feel a person’s inherent, soul-level urges and values, and know how their soul experiences their human life. It allows them to better understand a person’s personality and outlook. In short, spiritual empathy allows us to connect with one another on the soul level.

You may find that you have too much spiritual empathy if you have an unrealistic view of someone, and focus more on a person’s spiritual self and potential than their current human behaviors or actions. Spiritual empaths can also sometimes be considered ‘pollyannas’ or naive by the people around them.

A physical empath is a person who can experience someone else’s physical state in their body. For example, if someone around you is nervous, as a physical empath you would feel nervous too when you are tuned into them. But perhaps rather than feeling the emotional anxiety (like an emotional empath would), instead you get sweaty palms and begin to take short, shallow breaths, like someone who is very stressed, without knowing why your body is reacting this way.

When massage therapists and body-workers have this gift, they are likely to really notice it while they work with clients. They will be able to feel any aches, pains, or tension in the client’s body.

Physical empaths often experience aches and pains (especially headaches) that can come and go while they are around others. They can also experience symptoms of an illness that do not belong to them, leading them to feel like hypochondriacs. What is often happening is that they react to people like sponges, taking on the physical pain of others.

I once heard an interesting story from a woman, Ana, whom I taught in Spain when I was working in a language school as an English teacher. Her father had a serious medical condition which affected his kidneys and bladder, and caused him to regularly pee dark red and black urine. Eventually he died from it, and on the day that he passed away, Ana also urinated black. She was alarmed and got herself checked out medically, but was given the all-clear, and it never happened again. Phenomena such as these are not uncommon among physical empaths.

Another physical empath I know once told me that when a client of hers was describing her experiences with vertigo, the physical empath felt so dizzy she had to excuse herself and go to the bathroom to be sick!

Psychological empaths are able to gain insight into other people’s minds, thoughts, and judgments. They can also join energetically with students or learners – psychological empaths make good teachers because they can see the ‘cogs moving in someone’s brain.’  They are usually interested in thought processes, and how people arrive at certain conclusions. They are also blessed with the ability to see and understand everyone’s point of view, and make good mediators.

Animal empaths are those who understand what it is like to be an animal. This gift enables the animal empath to explore the animal’s consciousness, including its fears, reactions and emotions. Some animal empaths have a special affinity with one species of animal. Certain animal communicators (i.e. people who can communicate psychically with animals) have this gift. Those who have a collection of pets that others might consider a bit odd or unusual (such as cockroaches, snakes or iguanas) may have an empathic affinity with that particular species.

Animal empaths may be adversely emotionally affected by places where animals are likely to have negative emotions, such as animal shelters, vet clinics, or abattoirs.

Environmental empaths can join in consciousness with Mother Nature and the environment. This person may be very affected when ecosystems are damaged, or when trees are cut down and rainforests are destroyed. They are able to move through different landscapes (whether mountains, deserts, bodies of water or forests), and gain a sense of that landscape’s power and consciousness. Environmental empaths also tend to feel a sense of trepidation or unease just before a natural disaster such as an earthquake occurs. They sense the changes which occur in the electromagnetic fields of the earth and the sun, and may have emotional or physical reactions to these changes.

Place empaths can enter a home or a building and feel ‘vibes’ from the people who have lived there. Perhaps you have been in or visited a house or place that felt ‘creepy’ or uncomfortable to you. This is because places and buildings absorb energies from those that frequent them.

The residues left behind in places such as hospitals, funeral parlours, cemeteries, police stations, and even historic battlefields may negatively affect place empaths. Place empaths are able to look at a photo of a home or building and get a sense for what it feels like to be inside the building, and the energies that are present there.

Personally I am a strong place empath, and I find that being in Europe, with all its (sometimes bloody) history is an interesting experience for me.

For example, when I first visited the Highlands of Scotland, I didn’t know much about its history. I noticed I was very comfortable in the area around Aviemore, Grantown-on-Spey and the Cairngorms, and not so comfortable in the area around Brora and Sutherland, which felt very sad to me. When I did some research into these areas, I found that Sutherland saw a lot of human tragedy during the Highland Clearances, whereas the area around Grantown-on-Spey has had a more peaceful history. Picking up on these kinds of vibes while travelling is normal for place empaths!

If you answered ‘yes’ to two or more of the questions within any of the above categories, you probably have that empath gift. It is not uncommon to have more than one empath gift – the most common ones among my clients are emotional and place empathy.

The Common Issue With Being an Empath

Being an empath comes with plenty of benefits: empaths can be extremely compassionate, creative, spiritual, and insightful people, to name just a few of their wonderful qualities.

But this gift can also cause a variety of common negative side effects. Not all empaths are affected by them – the extent to which you experience these side effects will depend on how balanced or overwhelmed you are with your empath abilities.

Some empaths are lucky and remain in balance with their gifts, benefiting from them without suffering the negative side effects. Other empaths fall out of equilibrium over time, however. A clear sign that you’re out of balance with your empathy is that you have a hard time working out whether what you’re feeling is your own ‘stuff’ or another person’s.

If you’re interested in finding out more about how to remain in balance with your empath gifts, you might like to download this free chapter of my new book, The Empath’s Toolkit: A Guide to Recovery for the Overwhelmed Empath. 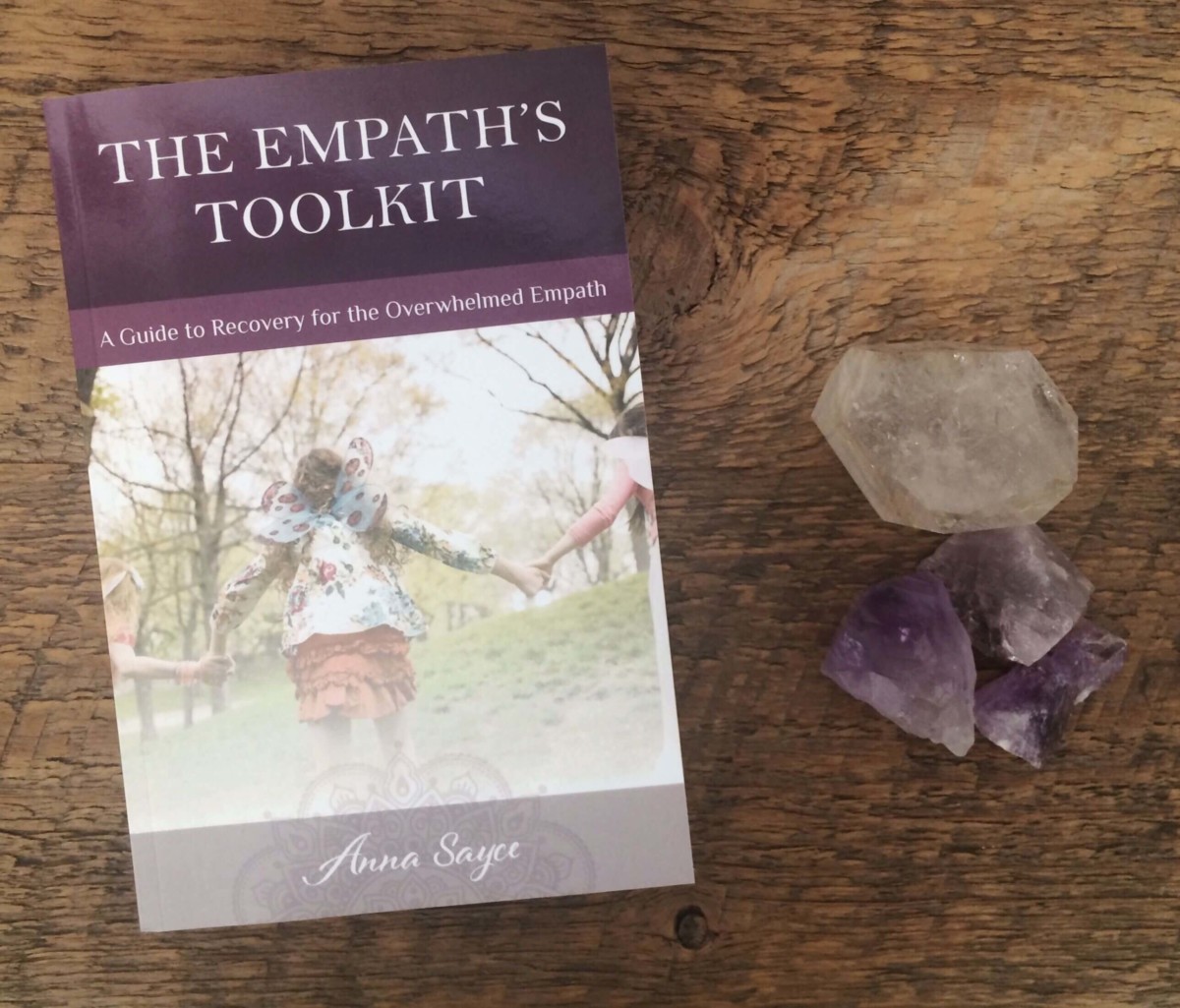 You can also purchase the book here.

What kind of empath are you? Please share in the comments.

Success! Now check your email to confirm your subscription.

Your information will not be shared.

My interest in spiritual and intuitive development began in my teens and I ended up training as a professional intuitive and healer in my 20s.

Along the way I learned that guidance from the spiritual realm is not spooky or even supernatural. It’s a natural part of life, that can be used to steer you towards fulfillment and improve your life in practical ways. All you need to do is awaken and develop it. On this website, I write about how to do this. Read more about me 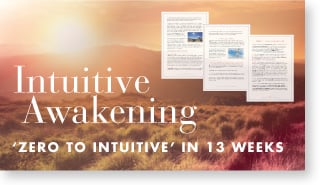 Go from zero to intuitive in 13 weeks 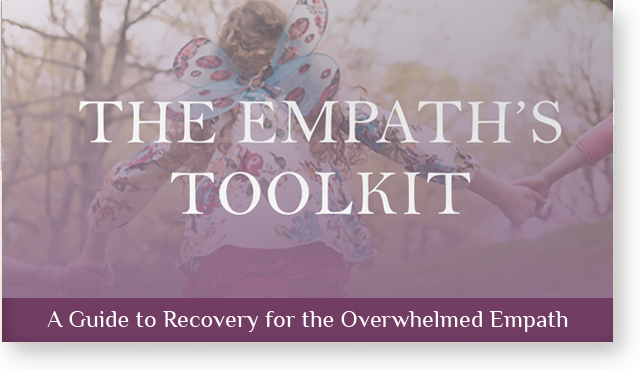 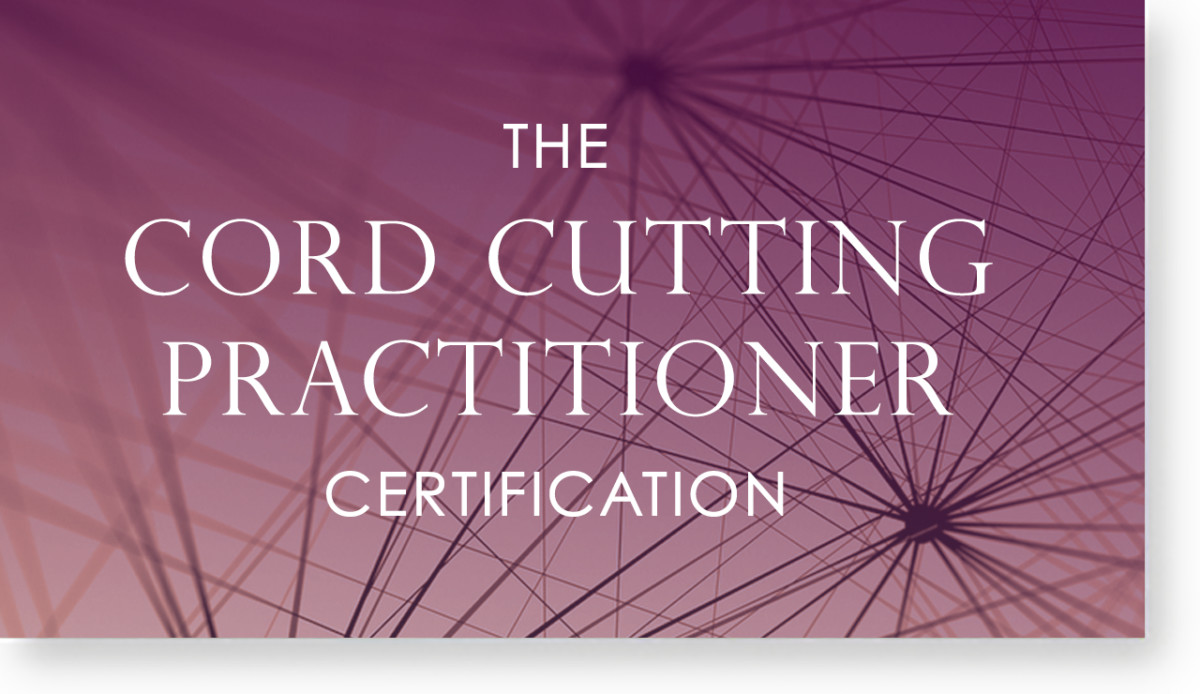 Train as a healer with Anna 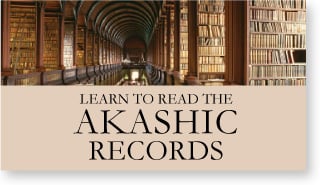 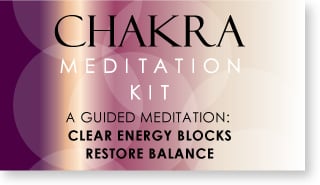 Clear and balance your chakras

Learn to clear the energy of your home 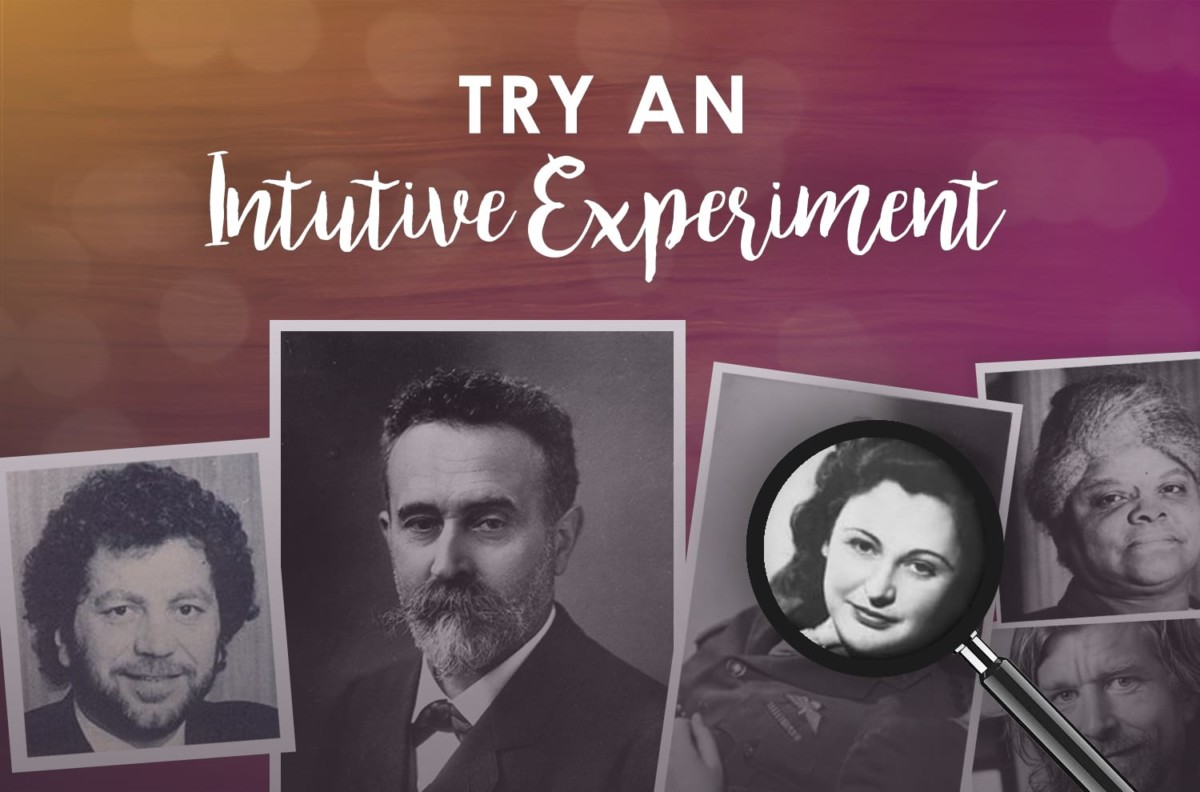 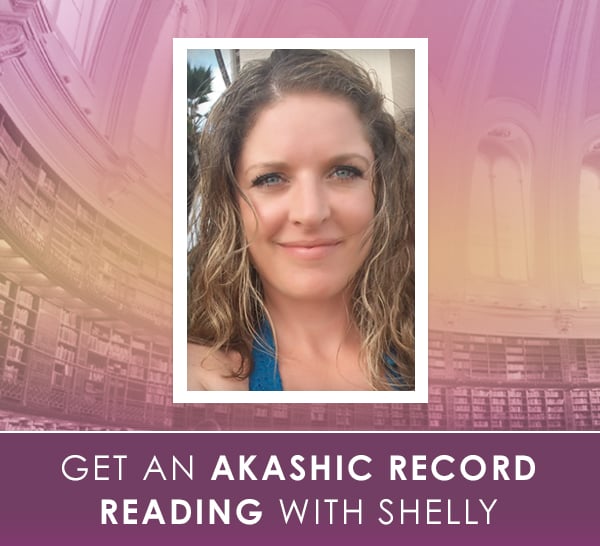 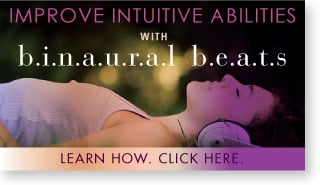 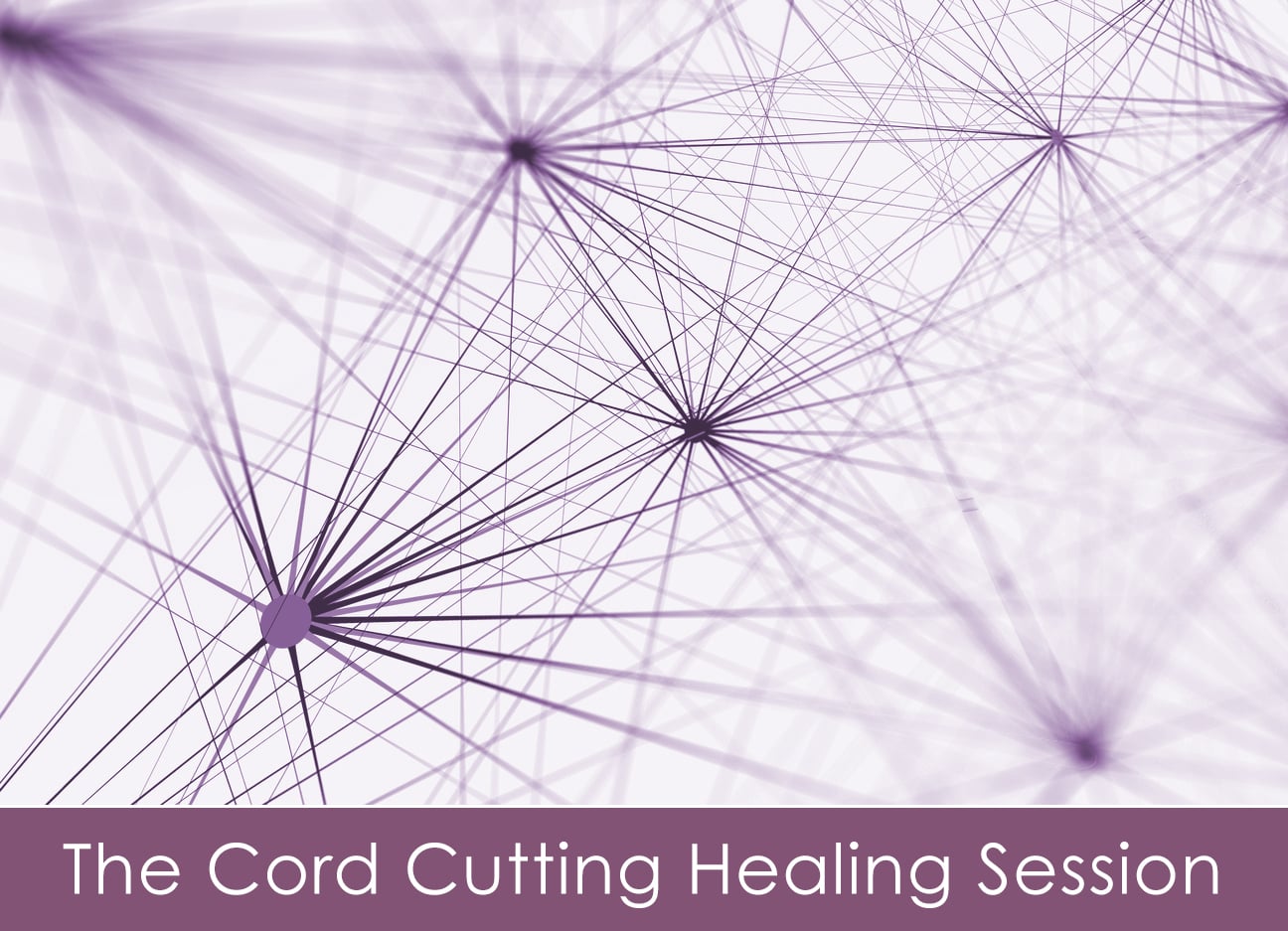 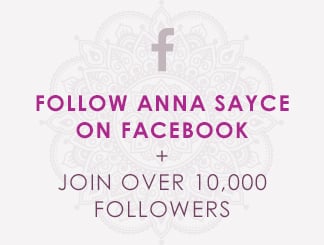