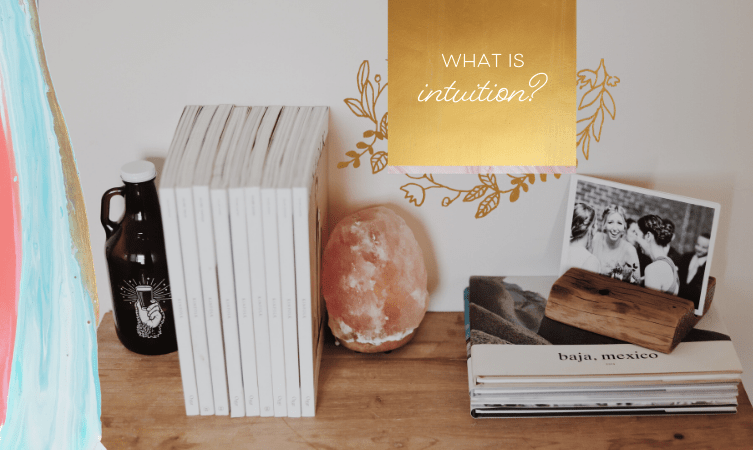 You know those moments when you get a feeling in your gut that someone is not trustworthy? Or a little insight about someone else’s life – for example, you know that your friend is going to get the job that she’s about to go to an interview for? That would be your intuition.

One intuitive insight that sticks out in my memory for some reason was a scenario at work about 18 months ago – it was when I was teaching English and French in a language school in Spain.

Then in the afternoon one of my French students came in unexpectedly and wanted a photocopy from my French grammar book. Ta-da, I could produce one because I had it with me, because I knew I’d need it that day. Although I didn’t know what for.

I hesitated to include that story in this article because it’s kind of mundane. I didn’t find my life purpose through this intuitive insight or get guided towards buried treasure. It was a fairly small event and wasn’t too impactful, but it made my day and my student’s go more smoothly and that’s about it. Plus the intuitive insight made me feel provided for, and looked after. It was nice to have!

So, intuition can be little insights which help you with the little things – such as making your day go more smoothly, saving you time, energy or money here and there. But it doesn’t have to be small – larger insights can also help you with the big things of life, such as prevent you from investing a great deal in something (such as a major project) which will come to a dead end. Intuitive insight usually comes to you in the moment, as you need it, just like the example above of my French grammar book.

The Difference between Intuitive Gifts and Psychic Gifts

A key component of intuition is that it comes to you and through you, usually spontaneously. In order for that to happen, you must be open and you must notice intuition. On the other hand, when we talk about developing psychic ability, we’re talking more about you going ‘out there’ energetically to receive information from your Higher self or Spirit Guides.

For intuition, we often talk about feelings, impressions and a sense of knowing and all of these come through the intuitive ‘vehicles’ of clairsentience and claircognizance. (Claircognizance is an insight that just pops up spontaneously in your brain, perhaps unrelated to anything you were thinking about. Clairsentience can be a gut feeling, or a strong, meaningful emotion which speaks to you.)

How to Connect with Your Higher Self
Your Higher self is the spirit part of you that is said to 'reside' in the Ether (the non-physical realm). It's your Divine spark. This part of yo...
Intuition in Decision Making
Have you ever wondered how much you should rely on intuition in decision making? Intuition is actually an amazing tool to make good decisions a...
The Two Keys to Recognizing your Intuition
I recently received a question from a reader: Hi Anna. I'd like to know how to differentiate intuition from other thought patterns and feeling...