What I’m Reading This Week 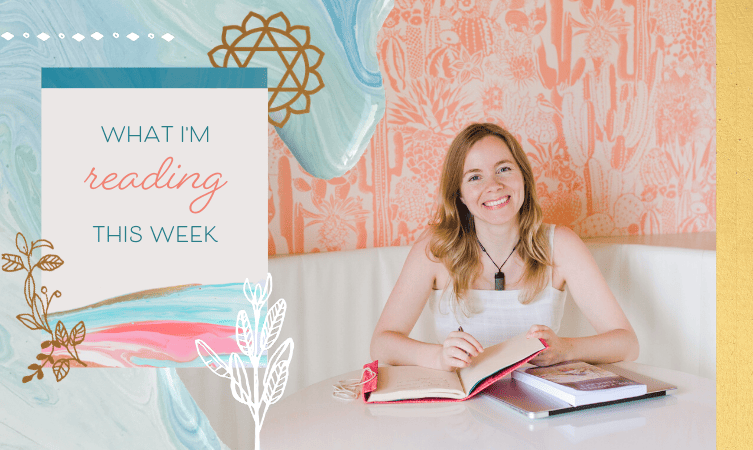 I have been reading Jeanne Miller’s book ‘Pet Chatter’ this week.

I know many of my readers are animal lovers, like me (I am a huge cat lover.)

If you are an animal lover and you’re curious about animal communication, you might be interested in this book, which demystifies the topic in an entertaining way. It’s a funny, light read that will warm your heart and make you shed a few tears (in a good way).

Here is an excerpt from her latest book, Pet Chatter which can be found in Jeanne’s The Pet Psychic Collection

In trying to fit into a human world, there are often misunderstandings. Here are a few that were memorable:

We have all known people who are dreamers. They are the friends who always seem to drift away in the middle of conversations, and march to the beat of a different drum. Rita, a lovely dog, was like this. Her mom wanted to know why during obedience training, Rita would not pay any attention, but instead, would just lie down and take a nap. Her mom told me she was the worst student in the class. When I asked her about this, she said:

“That was training? Oh, I didn’t know. I thought we were playing, but I thought it was kind of a boring way to play.”

M.G. came to me to speak to her dog, Maury about his behavior. Every time the lawn men came to do mowing and general lawn care, he would go ballistic. Not normal ballistic, but off the walls, full bore crazy. Although his reaction was extreme, I fully expected him to tell me what other dogs have…he hates the sound of the motor. Wrong. Maury said:

“I don’t like people making lots of noise in my yard, but that’s not the worst of it!” I asked him what the worst of it was, and he angrily replied, “They are stealing our yard!”

He sent me a picture of people cutting the grass, stuffing it in bags and loading it onto a truck. Maury told me that every time they leave, part of their yard is gone, and boy was he mad! I tried to explain lawn care to Maury. I really did. But he wasn’t getting it. I settled for telling him that they had his mom’s permission to do this.

Lucy was a stray cat who was being cared for by a rancher. She preferred to live outside and refused all invitations to come into the home. During her reading, Lucy presented me with a question that makes me wonder what our pets think of our homes.

She asked, “Why do they live inside a box?”

Mr. Peeps, a beautiful male tom, had this to say when asked what he thought of his owner’s guitar.

“What does it do after the noise?” I told him it didn’t do anything once his dad stopped playing it.

He seemed disappointed and said, “Oh. I thought something was supposed to happen after.”

L. wanted to know what her yellow lab, Emily, thought of school, which was actually a doggie daycare. Emily got upset and said, “School! I’m going to school?” I assured her that when her mom said school, she means the place Emily goes to every day. She was relieved and said, “Oh, yes. I love it. We don’t have to learn anything. We just play all day if we want.”

L. wanted me to ask her new puppy, Nic, if he liked his name, or would he prefer his old name. He said he liked it and added, “If they are going to be my family, they should be the ones to tell me who I am.”

She wanted me to tell Nic that they had just lost their other dog, and so were very happy he had joined their family. Nic looked up at me and asked, “Where did they lose him?”

Because he was so young, I tried to be gentle in my explanation. I told him that their dog had passed on to the other side, but he didn’t understand. So I said, “He walked into the ‘other’ room of life.” Then he got it and said, “Oh, you mean he died.” This, ladies and gentleman, is how you make a pet psychic look like a fool.

S. came to me because her adorable little Pug was eating her own feces. When I asked little Tasha why she was doing this, she had a logical explanation:

“I’m keeping things clean for Mom. She doesn’t like that mess around.”

I hope you have enjoyed hearing our pet’s observations, and their unique view of the world. It is my pleasure and privilege to be able to communicate with these magnificent pets. Just by being themselves, they bring us love, comfort, companionship, and smiles. Lots and lots of smiles. Until next time…

Update on Sessions, the Intuitive Reading Program & Visa Situation
I received quite a few emails recently asking about when I'll be offering readings and courses again. I am writing this post just to update any cl...
A Warning To Those Who Use PayPal
I hate sharing things like this and I've been putting it off for a good while. But here goes... I wanted to send out a warning for my readers a...
Do you have a question you'd like me to answer on my blog?
Hi everyone, I am finding myself with a lot more time available lately to write new blog posts & articles (and create videos!) And I'd like...