What Happens If You Get More than One Akashic Record Reading? 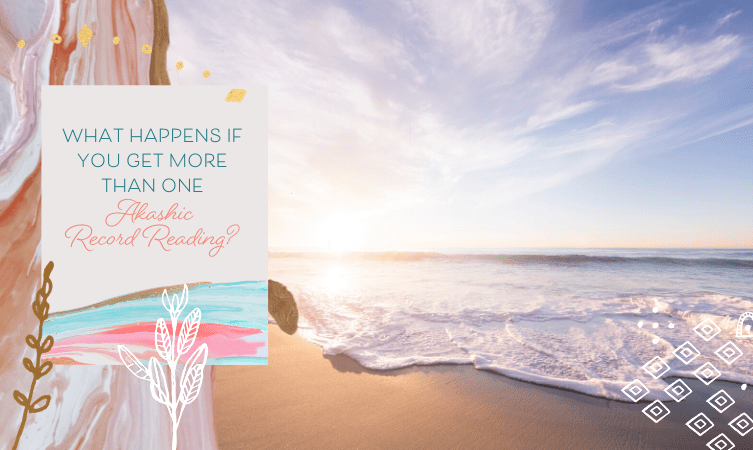 I wanted to share an interesting question that I was asked recently:

I’ve recently been going over two Akashic readings I had in the past and noticed that while they were similar, there were two details that did not match completely.

I have researched online but cannot find these answers, any guidance would be very appreciated.

Thanks, Katie, for your question.

An Akashic Record Reading (at least, the kind I do) is something you only have once per lifetime, because it’s information about your soul and past lives. It isn’t information that changes from one year to the next.

Therefore I recommend that you get an Akashic Reading once. Here’s what happens if you get a second Akashic Record reading:

Katie mentioned that she received similar information in both readings for her energy centre of training (more on what that is, in this blog post.)

As for the soul groups of origin, the reality is that most of the people I work with are star travellers who have incarnated not just here on Earth but also in multiple other star systems. Your soul group of origin is the place/group that has shaped who you are on the soul level by dint of you incarnating there where you were a young soul (more on that concept of soul groups here).

But we also tend to visit or incarnate in other places of incarnation/star systems, too, and those can influence us to some degree. Some souls will effectively keep some kind of affiliation to other soul groups, on the soul level. The best analogy for it is someone who grows up in Japan and becomes shaped by that culture because they spent most of their youth there. But then they spend ten years in Canada and become influenced by their time in Canada, too. That’s the earthly equivalent of having a secondary affiliation in terms of your soul group of origin.

If you keep asking for your soul group of origin after you have been told your first one (through getting a second or third Akashic Record reading), you’ll be told about the other star systems that have had an influence on your soul, too.

Therefore, I’d say that getting an Akashic Record Reading twice isn’t usually worth it unless you’re open to getting not-as-relevant information the second time.

Just a side note that in my experience, most good intuitives and Akashic Record readers are only going to be between 80 and 90% accurate. That is just the way it is when you get a reading. Anyone who tells you they are 100% accurate is not being truthful. So, some of the discrepancies between the two readings could be down to inaccuracies on the part of the first or second reader. This is why it is important to see what resonates with you, and discard whatever does not fit.

I hope that clarifies.

Have you had more than one Akashic Record Reading? Please share in the comments.

5 Reasons to Give Email Akashic Readings Instead of Akashic Phone Readings
This is a post for the existing Akashic Record readers out there, or for the psychics who are thinking of learning to read the Akashic Records. And it...
12 Insights from My Akashic Record Readings in 2019
As an intuitive, I’m a bit different from most. I don’t do Tarot readings, angel card readings or straight channelling. Instead, my specialism is ...
Anatomy of an Akashic Record Reading
In this article I’m going to give some details about my methods for receiving information from the Akashic Records, along with examples of the kind of...