What Do We Do In Between Incarnations? 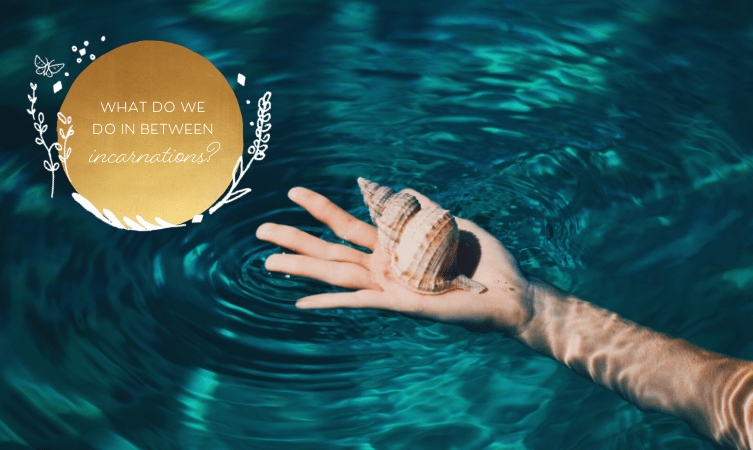 In my conversations with students recently, I’ve found myself talking a lot about an interesting spiritual order called the ‘Third Order’. And whenever a theme like this keeps cropping up, it’s usually a sign to write about it on my blog…so here goes:

What Is The Third Order?

The Third Order is a group of souls who specialize in transporting the newly deceased from the Earth plane to the soul’s next right place of expression. Along with angels and deceased loved ones, these are the beings that greet souls upon death, and guide them to the ‘other side’.

The Third Order also helps souls who are being born into the world in fully integrating their physical bodies (this is a process which occurs over time, during the gestation period in the mother’s womb.)

If you belong to the Third Order, you will have held these roles in between earthly incarnations. That means that when you are not in a body (in between earthly incarnations), you have assisted souls who have just passed away on the earth plane, to transition to the afterlife. And you may have done the reverse, too – helping souls to fully integrate their physical bodies that will be born into the world soon.

Here Are Some Signs You Belong to the Third Order

Members of the Third Order generally believe in the afterlife and are very comfortable with the idea of death. These people instinctively know that death is not the end and as a result they do not fear death. These are the people who volunteer in hospices for the terminally ill and become “death midwives” or grief counsellors. Although they are also affected by grief like any human being, they also tend to deal with deaths of their loved ones without falling to pieces in the way that others might. Their faith in the afterlife helps them a lot, and it’s not something they ever doubt or have to convince themselves of. That faith is natural for them, and it’s always been there – like breathing.

You Have Mediumship Skills or You’re Interested in Developing Them

Third Order members can also make good mediums because conversing with the dead will not seem unnatural, scary or ‘weird’ to them. Plus they tend to attract spirits, in general.

You Attract a Lot of EarthBound Spirits into Your Space

When members of the Third Order undertake psychic development, they may ﬁnd themselves picking up on the presence of earthbound spirits. (These spirits may be particularly attracted to these individuals because they can tell when a member of the Third Order is in the vicinity!)

People who are Third Order members may feel a responsibility to help these spirits to cross over and to move on – simply because this is a role they have had before.  Third Order members who wish to take this role again while incarnated, will do well to learn an effective technique for helping earthbound souls to cross over to the other side (all of my courses teach a technique for doing this.)

People are always coming up to you and asking you the way. When you get lost and you’re in a group, you find yourself taking charge in that situation to re-orient everyone. You may even have had a job in the past which involved guiding people towards a particular destination or area of a building.

For example, let’s say that a Third Order member incarnates as a young guy who has no faith in the afterlife. At the age of 19, he passes suddenly in a car accident, and has a tricky time crossing over because he is so shocked by his sudden death and what he finds in the aftermath of it.

As a result, when he gets to the other side, he chooses to work with welcoming young men into the afterlife who pass suddenly and need some help with adapting and understanding what has just occurred to them. He can relate to them and help them because of his past experience and his age when he passed.

Note that not every soul who passes is going to have trouble finding their way to the other side. The souls who have issues tend to be those souls who have not experienced many earthly incarnations (the souls who are well acquainted with transitioning out of a physical body on Planet Earth tend to zip right out of their bodies, and do not hang around for long!)

Souls who have no belief in the afterlife, or a non-physical realm can also be disorientated upon exiting their physical bodies – especially if they pass suddenly.

So, the bottom line is, souls get a lot of help transitioning to the other side (if they happen to need it) and those who don’t will know exactly where to go.

(On that note, several years ago, I had an astral projection experience where I asked God to show me what it felt like to die. I can’t say for certain that it wasn’t just a dream, but if crossing over is anything like what I experienced, there was a very clear pathway out of the physical realm, and I was drawn to this pathway like a magnet.)

The best way to find out what you have been up to between earthly lifetimes is to have your Akashic Record read.

Being involved in the Third Order is not the only activity we can engage in, on the other side. Below are some links where you can find out more:

and Destiny of Souls

. (Michael Newton is a hypnotherapist who specialises in regressing people to the space in between earthly lifetimes i.e. the other side.) Through his work with clients, he has made many discoveries about what the other side is like for souls

If you have any questions or things to add, please leave a comment!

Curses, Witchcraft & Psychic Scams
In this article I'm going to answer the following question: Can curses cast by malicious people affect us? But first, a story to tell you how I ...
3 Cool Ways in Which We Can Receive Help and Support from the Spirit Realm
Life can be hard at times.  Those are six words that are news to absolutely no-one who is incarnated on planet earth right now. However, the...
Why I Learned to Read the Akashic Records
Around ten years ago, when I was still working as a languages teacher overseas, I was exploring my spirituality and there was one area I was reall...