Travelling the World as an Empath – Tips to Avoid Overwhelm 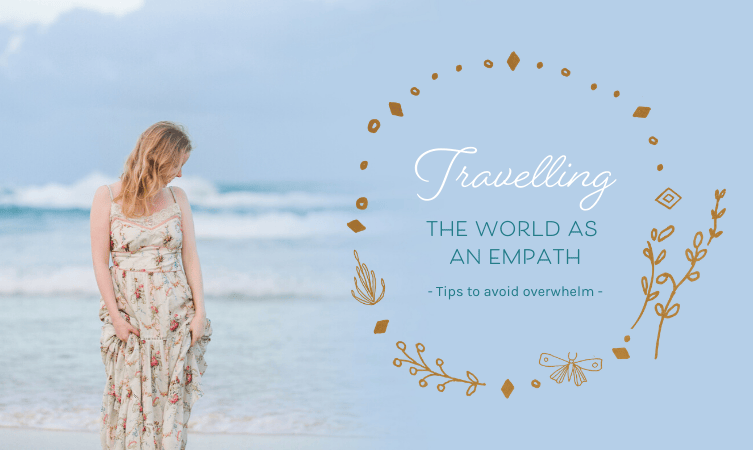 Over the last 7 weeks I’ve been travelling solo in South East Asia — I’ve visited Thailand, Malaysia, Hong Kong and then went on to Australia. This trip was totally out of my comfort zone, in that although I am a full time nomad and house sitter, I normally only house sit in the UK and New Zealand (countries I have lived in long term and feel comfortable in.)

This trip to South-East Asia reminded me that travelling as an empath/highly sensitive person can be extra complicated. As empaths, we feel so much and we pick up on a lot of energies, and when you’re out of your usual environment, that can be overstimulating and stressful. But it doesn’t need to mean that travel is out of the question. It just means that we might want to take some extra steps that non-empaths do not need to.

Here is what I have learned about travelling well as a highly sensitive empath over the last several weeks:

1. Make sure to avoid places that you know have an unusual history of pain and suffering

Most empaths are not just emotional empaths (meaning that they can pick up energies from other people) — many of us are place empaths, too. A place empath is someone who is able to pick up on the negative energies left behind in places.

You might be a place empath if you have negative emotions come up when you visit a new place and those emotions are seemingly unconnected to anything else going on in your life. Or if you sometimes walk into a new place or building only to find that your mood suddenly takes a nosedive. You somehow don’t feel safe/comfortable/at ease/yourself and you don’t know why.

Basically, place empaths might feel negatively affected in places which have seen a lot of suffering. For this reason, as a place empath it can be a good idea to do a bit of research on the location(s) you would like to visit. In recent years, there has been a tendency towards “dark tourism” where people visit historical places that have been associated with death and pain. Place empaths, dark tourism is not a good option for you, in fact I recommend you do a bit of research before your trip to purposely avoid places such as battlegrounds and genocide sites.

As part of my South East Asia trip, I had a week to kill and was feeling adventurous. I was planning on visiting Cambodia, and one day did a bit of research into accommodation in Phnom Penh. However, I received guidance not to go. That guidance came in the form of a dreadful dream the same night, that I was in a barren, empty field and I was running for my life, along with a group of other unfortunate souls. I knew I was going to die and some people were coming after us with some kind of weapon.

When I woke up, I knew that Phnom Penh was not a good destination for me as a sensitive person, precisely because of the genocide that occurred there.

Other places for place empaths to avoid are former concentration camps. In addition, I find Paris to be very polluted energetically (maybe from the bloodshed of the Revolutions?) And personally I would avoid the sites of the Highland Clearances in Scotland because in the past when I have visited those towns and areas, I have felt a lot of sadness there.

How exactly do the energies of these places affect us?

In these places which have seen such horrible occurrences, as place empaths we not only have to contend with the negative emotional residues left by other peoples’ traumas, we may also come across earthbound spirits and ghosts who want us to help them to cross over. We might not always know what this is what we’re picking up on, but we may feel ‘watched’ or just uncomfortable in places. We may have bad dreams and nightmares, or even experience paranormal phenomena such as being touched or hearing voices when there is no-one there.

It’s not just ghosts that can affect us. We may also feel affected by energetic imprints left by trauma (I call these ‘residual hauntings’) and these can produce sound effects, and cause spirit apparitions too (although there is usually no spirit associated with them.)

To sum up, you would never in a million years catch me visiting a place like Auschwitz and as an empath it’s hard for me to understand why anyone would want to go there.

If you feel the same, you may well be a place empath, too.

2.  Learn how to clear bad energy out of spaces

Sometimes when I arrive in my temporary accommodation (e.g. Airbnb apartment) as a place empath I am going to feel the negative energies left behind by other people or past events.

This happened to me recently when I visited Kuala Lumpur. I booked an Airbnb in the tourist district and as soon as I got into the apartment, my heart sank. There was so much negative energy in that apartment, like an invisible tattoo over everything in it. I understood straight away that the negative energy predominantly came from something that had happened on this site in the past, and not so much from negative energies left by other travellers. I was staying on a battleground. 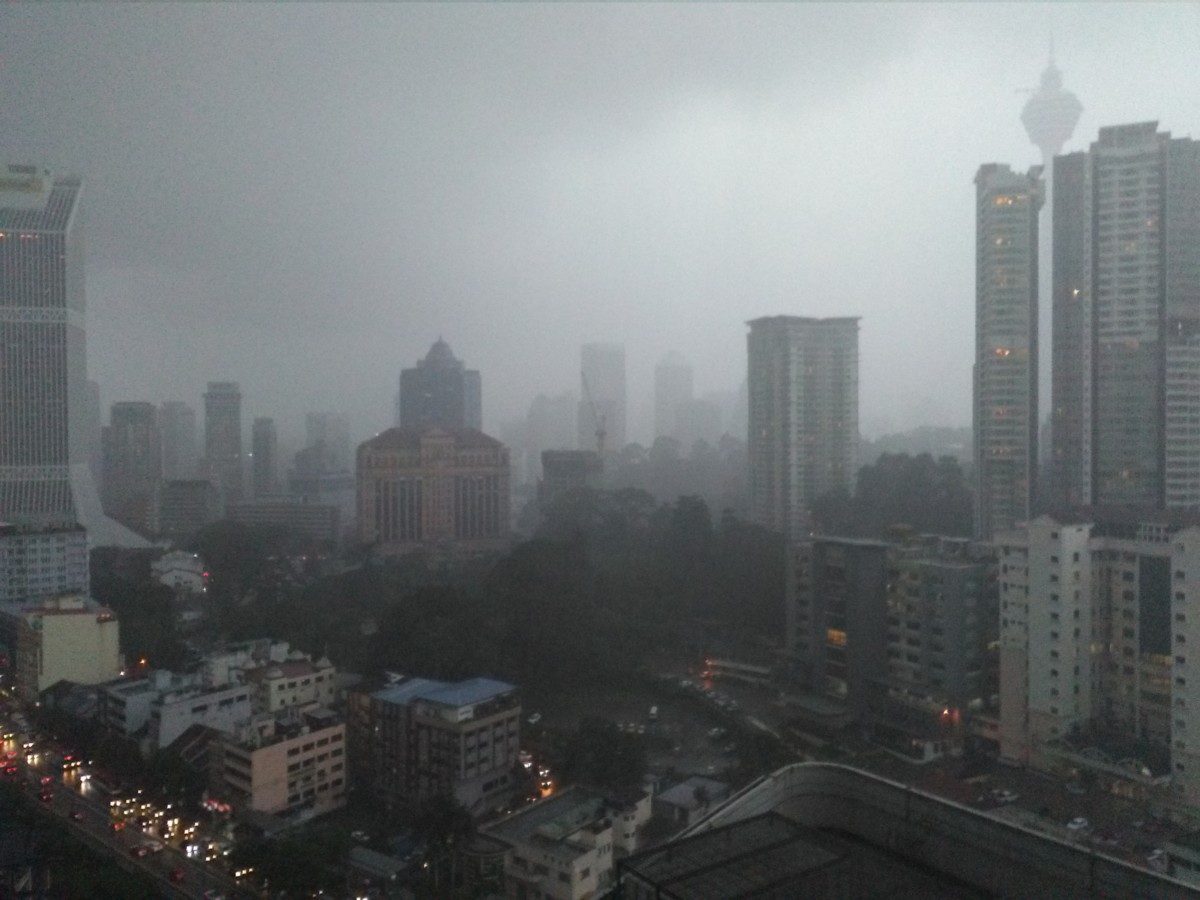 The brooding skyline of Kuala Lumpur during a storm

I did a bit of research and soon discovered that Kuala Lumpur had been invaded by the Japanese during World War Two, and they went from house to house, raping, pillaging and killing. They also perpetrated unspeakable acts of cruelty on their war prisoners in a jail that was close to the apartment complex. The jail had since been knocked down and an apartment complex was being built over the site. To make matters worse, there was also a big hospital nearby (another hotspot for negative energies). 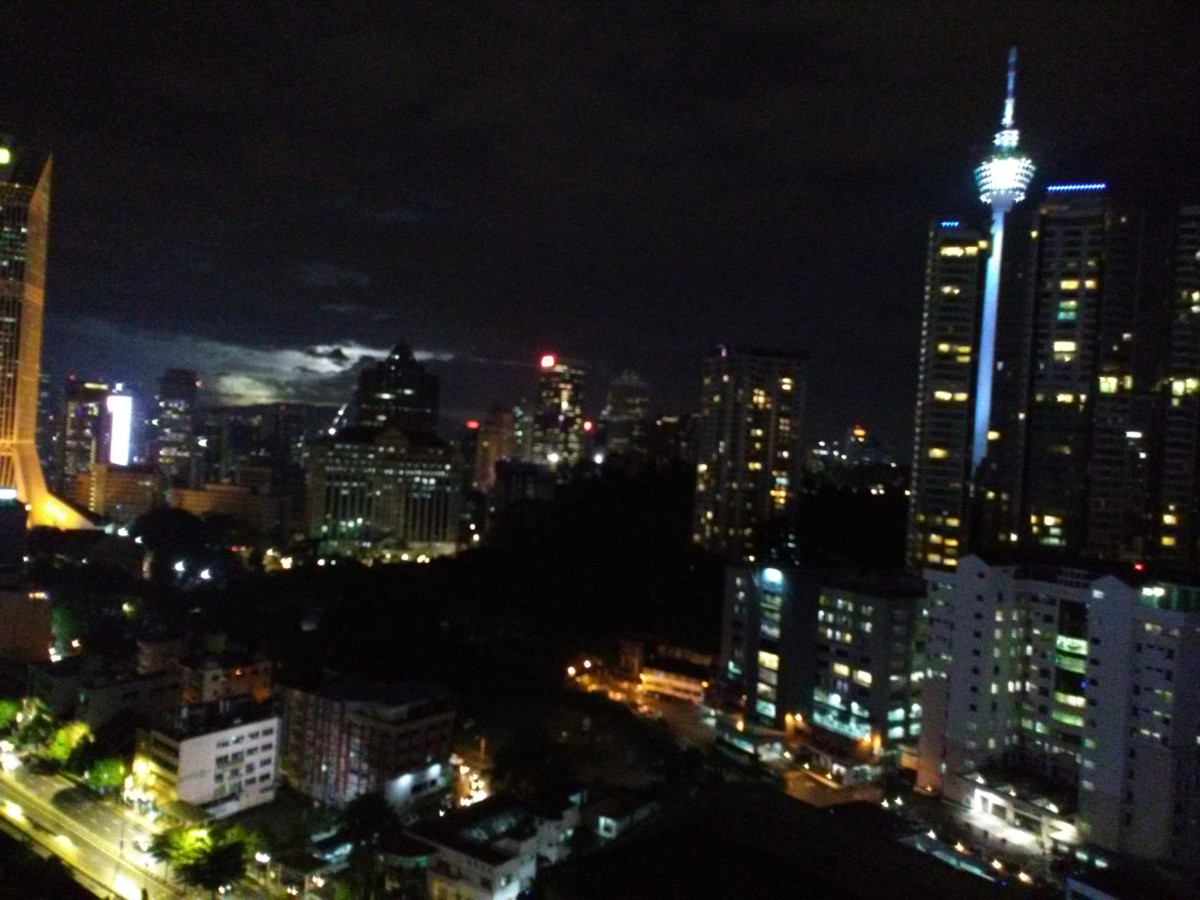 Kuala Lumpur at night during another storm

I set about clearing the apartment using the methods taught in my Energy Clearing for Spaces course. In that short program, I talk about the 10 different types of negative energy that can affect our spaces and also teach how to clear them.

The problem with most space clearing methods is that they only clear 1 or 2 types of negative energy that are hanging around your home. For example, smudging with sage will get rid of earthbound spirits, but not much else.

This is not much use for place empaths – we need a clearing method that clears out everything negative (and protects against it in the future.) That is what this course provides and I’m glad I have these methods at my disposal to make travelling more comfortable when I come across negative energies. (I believe it is the most advanced space clearing course out there!)

You can visit this page to find out more about the course and the 10 types of negative energy contamination often found in our spaces.

Now onto my next tip for empathic travellers…

3. Tune into photos of accommodation and places before you go

Place empaths can actually pick up on negative energies from a distance and we can use this to our advantage. An example: when I lived in London in my early twenties, I was just about to move into a new apartment. As I was making my way over there, I suddenly felt that something wasn’t right with the place – I felt it was full of earthbound spirits, even though it hadn’t been full of spirits when I viewed the apartment. It turned out that my new roommate had had a friend over the night before and that friend had smoked some drugs. Hence the sudden influx of earthbound spirits into the space.

So we place empaths can use this ability to pick up on energies at a distance, and really analyse photos of accommodation, not just to ask ourselves basic questions such as, “is it clean?” or “does it look nice?” but also to delve deeper into the energetic state of the accommodation. To do this, have the photo of the accommodation in front of you. Relax your mind, do a bit of deep breathing and ask to be shown the energetic condition of the place. I.e. is it filled with the negative energies I describe on my Space Clearing page? If it is, you’ll feel a dark energy which may feel like sadness, heaviness, stagnation, or fear.

Please leave a comment below if you have something to add along the lines of:

Are you an empath who feels like your empathy gift is more of a curse than a blessing? If so, I invite you to download the free preview of my book The Empath’s Toolkit: A Guide to Recovery for the Overwhelmed Empath below! 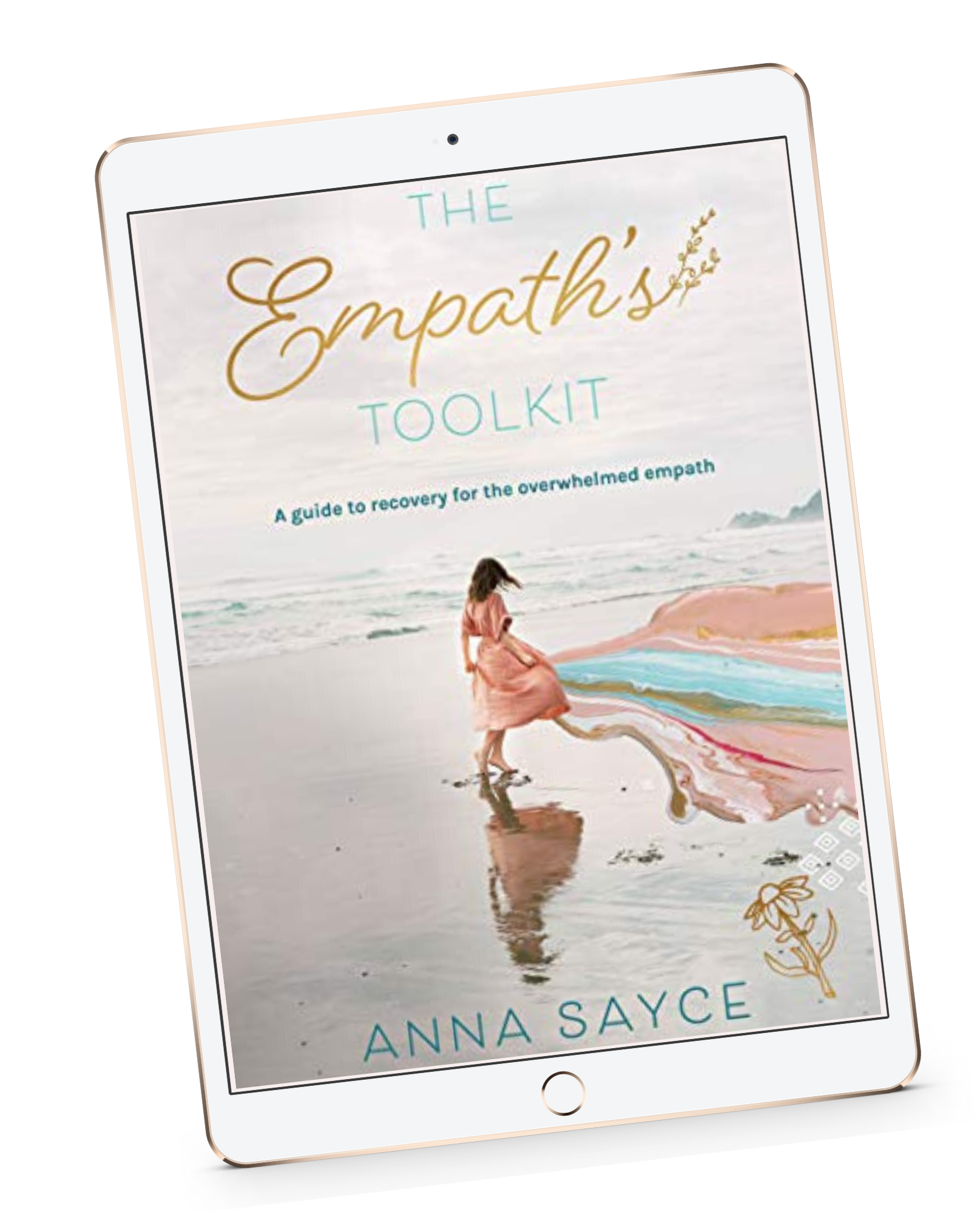 …Packed with Instructions and Tips on How to Come Back
Into Balance with Your Amazing Empath Gifts.

Psychic Ties and How They Affect You
Have you ever had the experience of thinking of a friend you had not spoken to in a long time, out of the blue, and then receiving a call or email...
3 Quick Ways to Get Control of Overactive Empathy
You know when you get a glimpse into someone else’s emotional experience or their pain?  You can really feel it for a moment and sometimes it migh...
Is Overactive Empathy Ruining Your Life?
As a very empathic person (a VEP 🙂 ), I have spent a lot of energy over the last few years learning how to manage my overactive empathy and esta...