Do You Sometimes Ignore Your Intuition? 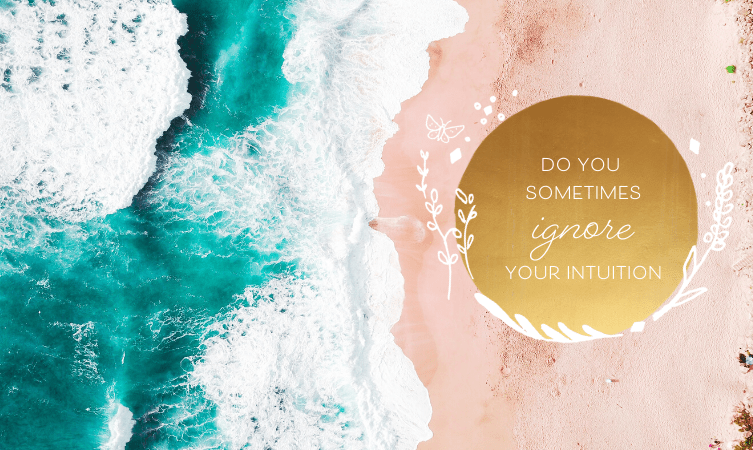 During a recent road trip to Christchurch I picked up some hitchhikers. We shared past hitchhiking experiences and agreed that it’s extremely important to use one’s intuitive faculties when accepting a ride from a stranger.

These women told me they were hitchhiking around New Zealand and had had positive experiences except for one:

They were offered a ride from someone who had given them bad vibes. Neither of the women wanted to offend the driver by rejecting the offer of a ride, and neither of them knew the other was not too keen on accepting it, so they both ignored their feelings. After they got into the vehicle, they realized that the driver was drinking alcohol at the wheel.

I think that most of us have done something similar at some point, and hoped it would turn out OK. I am no exception – there have been a fair few times when I willfully ignored my intuition.

One notable negative experience that occurred was when I needed to hire a house cleaner. A friend had told me about her new cleaner who sounded perfect and gave me the cleaner’s number. When I was about to contact her, I had a bad feeling and knew it was not going to go well, but I went ahead anyway.

This was mainly because finding a cleaner was on my to-do list, and damn it, I was going to make sure I would tick that one off the list as soon as possible, so that I could focus on other more important tasks.

Unfortunately, the person I hired was unsuitable in a way that was quite stressful.

I also completely ignored my intuition when I was traveling to the US recently. I needed to find a place to stay and my first choice was not available so I picked another which looked like it was exactly what I needed. However, when I was about to book, my intuition told me that if I must stay there, it was best to book for a very short period only.

Instead, I did the opposite and booked it for 8 nights. Of course, there turned out to be an unusual flaw with the accommodation (a flaw that I had personally never encountered before, and which was not mentioned in the description) that made staying there unpleasant.

Your intuition can protect you from dangerous situations, subpar accommodation and wasting your time, energy or money, to give but a few examples.

It may mean passing up a really good opportunity “on paper” and everyone thinking you’re crazy.

It may mean that you offend someone.

It may mean waiting when all you want to do is move forward.

It may mean letting go of what you want and instead embracing what you need.

However, to follow our intuition, we need to be prepared to embrace inconveniences, delays and annoyances; and to be open to saying ‘no’, or even possibly offending someone.

Because at the end of the day, the results of not listening to your intuition are always going to be WORSE than the inconvenience of having to heed it!

Have you ever had an experience where you didn’t listen to your intuition and regretted it?

3 Intuition Lessons Learned from House Sitting
As I write this, I am on a house sit in the beautiful Bay of Plenty, New Zealand, looking after peoples' pets and homes in exchange for accommodat...
Trusting the Path
A couple of weeks ago, I interviewed one of my former students, Debra Reeves about her path finding her vocation and becoming a professional intui...
How I Deal with Criticism
As I have a popular website which deals with new-age topics, I get a lot of feedback.  Most of it is nice feedback, but over the years I’ve receiv...