This Is One of the Essential Keys to Your Intuitive Development 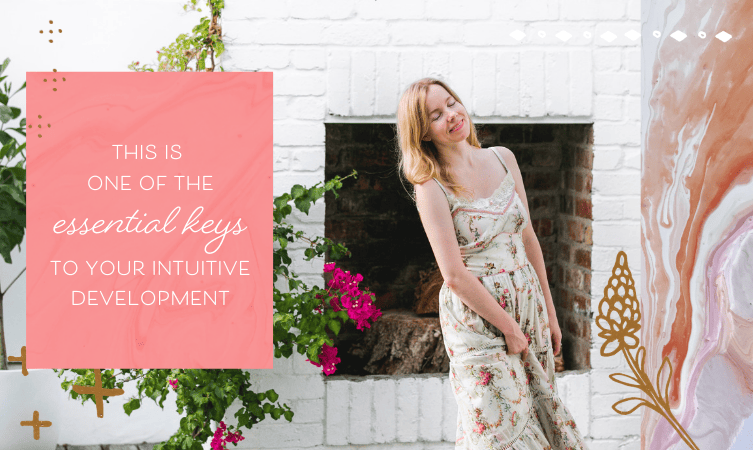 At the beginning of her famous memoir, Eat, Pray, Love

, the 31-year-old writer Elizabeth Gilbert finds herself sitting on her bathroom floor sobbing.

She is coming to the awful realization that after eight years of marriage, she no longer wants to be married to her husband, nor does she want to have the child they are trying to conceive, or the life that they had been planning for themselves:

In daylight hours, I refused that thought, but at night it would consume me. What a catastrophe. How could I be such a criminal jerk as to proceed this deep into a marriage, only to leave it?…

I didn’t want to destroy anything or anybody. I just wanted to slip quietly out the back door, without causing any fuss or consequences, and then not stop running until I reached Greenland.”

In her desperation, she asks for spiritual guidance for the first time, asking God or the Universe to tell her what to do – this is the start of her spiritual journey.

But there is also no guidance forthcoming – at least not around the immediate decision she needs to make. She’s told to go back to bed.

People often tell me they have tried to connect to Spirit during difficult times, and not received the guidance they needed.

I often think of Elizabeth Gilbert’s story when I hear about those experiences.

If you’re on the bathroom floor because you’ve realized you have to turn your life upside down in some unthinkable way, now is not usually the best time to start a relationship with Spirit and get helpful guidance for your life.

It doesn’t mean that the Universe, your Spirit Guides, angels and Higher self are not there for you at such times. They totally are, but it takes two to have a conversation but when you’re in that place, it’s pretty hard to hear from Spirit. They can’t reach you.

Your vibrational state is too low.

Vibrational state is very important for tuning into Spirit – to the point that it’s often the missing piece in peoples’ intuitive development ‘puzzle’.

What Does ‘Your Vibrational State’ Mean?

It’s the sum of your emotional state, combined with the thoughts you’re habitually having and the thought patterns you’re running – negative or positive. It is the energy you are emitting as you go through life. Your vibration can be positive – happy or relaxed, for example. Or it can be negative, such as when you’re in a crisis.

Here is a diagram of the emotional scale to illustrate this:

If you are in a negative vibration, it will be much harder to connect with your Spirit Guides and Higher Self and receive guidance from them.

You usually need to be at least three or four on the emotional scale to receive intuitive information. And the best place to be to receive guidance is five or six onwards (and ideally even higher) because you are closer to Spirit.

It seems back–to–front, doesn’t it?

You may be thinking: ‘Surely you should receive guidance most easily when you most need it—in states of depression or grief?’

It would be great if it worked like that, but it doesn’t – and it is an unfortunate aspect of intuitive development that can sometimes keep the people who most need spiritual connection stuck.

However, it is possible to work around this, no matter where you are on that scale.

There are certain tools and exercises you can use to temporarily raise your vibration and connect with Spirit, even if your vibration is rock bottom (more on that below.)

Being able to raise your vibration in this way is an important key to being a good intuitive (whether you intuit for others or for yourself.) And this is something to pay attention to, because it applies to those of you who often have a low vibration AND those of you who don’t. You can benefit from this no matter where you are on that vibrational scale.

How I Discovered This Essential Key

I had my own sobbing-on-the-bathroom-floor moment (or rather, couple of weeks) when I was living in Brisbane, Australia in early 2010. I was so depressed at the time I had to stop working with my clients for a few weeks because I could no longer tune into Spirit.

I had moved from New Zealand to Australia for a year in 2009 because I was considering settling there and I wanted to try life in Australia on for size. I ended up very miserable after just a few months for a variety of reasons. (Mostly, I was horribly homesick – the wildlife scared me – think, flying cockroaches and huge pre-historic looking lizards. The humid and tropical weather and flash floods I saw disoriented me and made me feel like I had landed on some strange planet…) 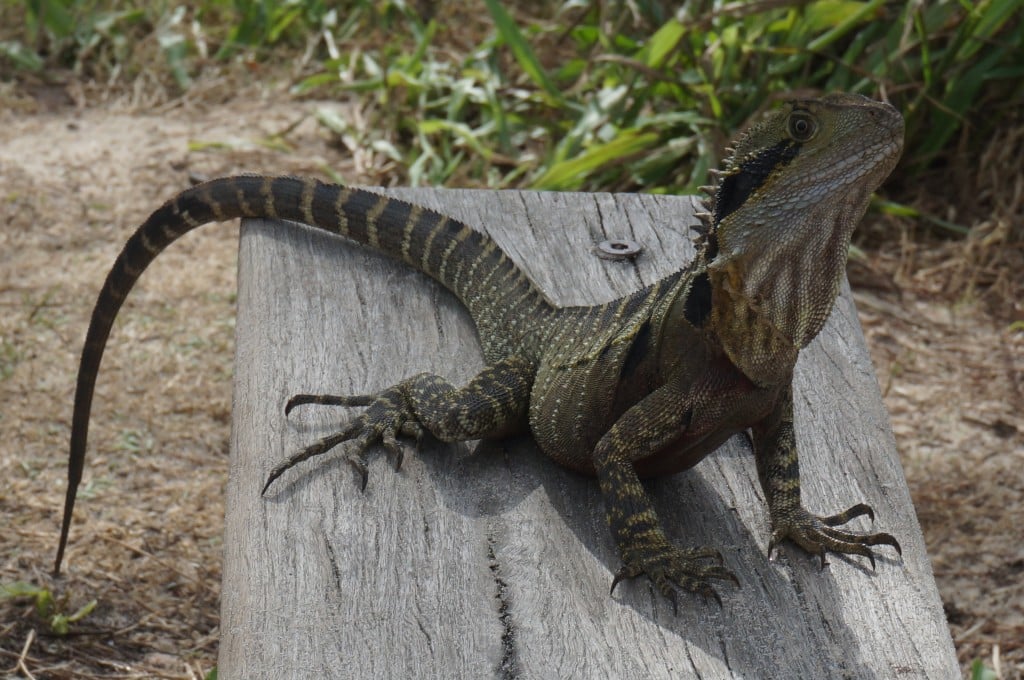 There were a few weeks of misery before I made the decision to move back to New Zealand. I did a lot of crying. Perhaps worst of all, I used to tune into Spirit and no-one was there. For a long time, I had been blessed with a vibrant spiritual connection – a source of comfort, connection and support that I had always taken for granted – so the absence of it was a new thing for me, and it scared me.

Eventually I went back to New Zealand and was able to work with my students again, and around that time, I was mostly coaching people to connect with Spirit. This took the form of connecting with students’ Spirit Guide team, asking them how the student can develop their abilities, and channeling the personalized coaching directly from the Spirit Guides.

I learned so much from this process.

I remember one of my students was having a hard time in her life, and the guides told me to pass on an exercise to temporarily raise her vibration. The exercise involved incorporating breath-work and calling on Archangels as part of her tuning in process (hint: the Divine realm is invariably involved in helping us to raise our vibration.)

It was very effective in allowing the student to connect with her guide team no matter what was going on in her life.

I also incorporated it into my own toolkit and after seeing how effective these tools could be, I dedicated a chapter to raising your vibration in my Intuitive Awakening Course. Now my students use these tools to raise their vibration and tune into spiritual guidance, whether they happen to be going through a dark night of the soul or feel just fine.

This year I was reminded again of how powerful such vibration raising tools can be. My beloved cat passed away suddenly and I was inconsolable. But I was able to connect with him pretty soon after he died and thankfully I was not cut off in my low vibration (as I had been in Brisbane) because I knew how to raise my vibration to bypass the grief. 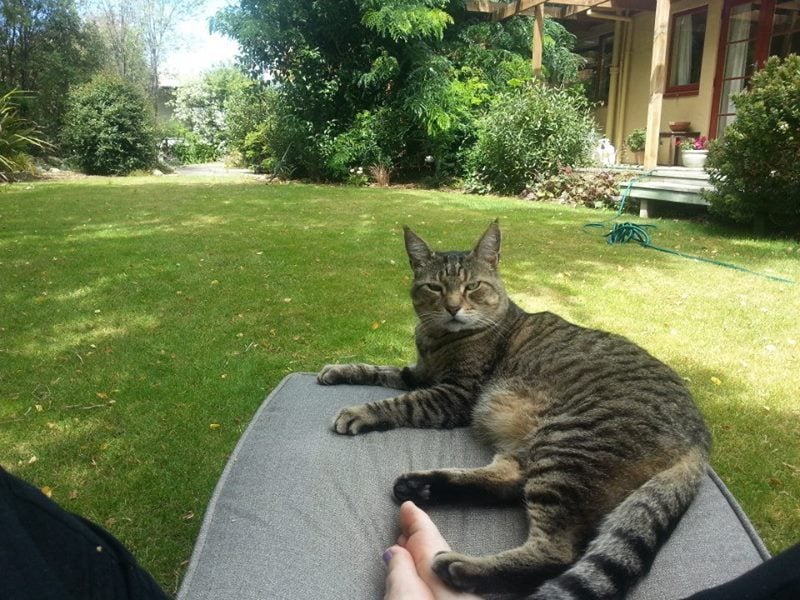 I was never happier to have developed my intuitive abilities than at that time.

So there are two messages you can take away from this for developing your intuition:

1. Raising your vibration is very important for connecting with Spirit

2. It is helpful to have an established relationship with Spirit in place BEFORE you reach a crisis point

Personally, I enjoy having spiritual connection for more than just something to call on when I’m in crisis, but I know that people come to intuitive development for a variety of reasons, and a dark night of the soul can be a valid one as any.

Life is a grand, magnificent illusion that plays out against a dark canopy, and we catch glimpses of the great beyond at times – those glimpses are like the stars – tiny pinpricks of light in a dark sky. Some of us hardly ever catch those glimpses and some of us are able to live more fully in that light; in that expanded perspective, and remember our spiritual aspect.

Knowing how to raise your vibration is one of the essential keys to accessing that expanded perspective and living your spiritual aspect.

My question for you:

Did you relate to this post? Have you ever tried to tune in at a time of crisis?

Please let me know your thoughts in the comments below.

10 Ideas to Develop Your Intuition and Access Spiritual Guidance
1. Know how you’re wired to receive guidance There are four main gifts: clairvoyance, clairaudience, claircognizance and clairsentience. So many...
Is Psychic Ability Inherited?
Hi Anna, “Often I see the most famous psychics describe themselves as “third generation” intuitives so it seems like abilities like these are oft...
Are Archangels & Ascended Masters a Good Source of Spiritual Guidance?
Hi Anna, I am interested in your online course which teaches people how to communicate with their Spirit Guides. However, I have a question: ...