The Simple Truth About Life Purpose 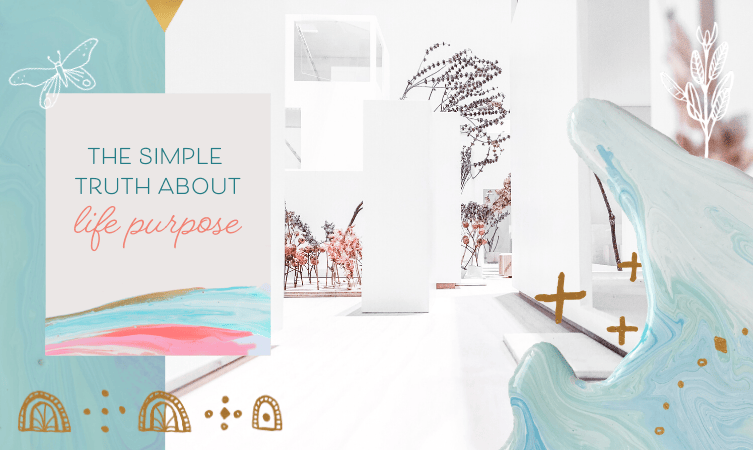 As human beings, most of us want to have a positive impact on the people and on the world around us.

We chase our dreams and our life purpose.  We try to get into work that we love and that helps other people.

To live and be yourself is your life purpose

I wrote an article a couple of years ago highlighting this.  I called it How to find your calling as a lightworker.  Maybe I should have called it ‘You are your life purpose’

We can spend a lot of energy looking for that thing that will allow us to reach our dreams, make an impact and affect others in a positive way, yet often overlook the most fundamental aspect of what we give, simply by being alive.

When you live, you provide a service to others, as well as to yourself – a way for others to grow through your example.

The people around you learn from your successes and your failures.

Your energy rubs off on other people and awakens something in them that they had perhaps forgotten.  This happens in such subtle ways that we all take it for granted.  But seen over the course of a lifetime, other people influence your life in a million tiny ways.

And the more people you share your life with (friends, family, lovers, strangers, co-workers, readers, clients) – directly or indirectly – the more other people are influenced by you and enriched by your presence.

The Dream of Life

Through my work reading the Akashic Records, I learned about a particular role that people can play during their astral time, when they’re asleep.  This role is called ‘dream master’.  People who are dream masters play parts in other people’s dreams.  So if you want to have a certain learning experience like taking revenge on someone (as an example), but don’t want to have it in your life, you can have a dream about it – and in that dream there are some characters that you recognize and some you perhaps don’t.  Some of them will be dream masters who play the parts in your dream so that you can wake up and learn from the dream, and that enriches your human experience.

We’re all doing that for one another in our waking hours, and we all have parts in one another’s dreams, in ways we don’t even know about and rarely get feedback about.  This blog would be one example of that.  I press publish on my posts but I often have no idea what people’s thoughts are or what role I am playing in people’s lives (if any!)

Judging by the emails I get, for some, I’m a friend figure, others see me an authority/teacher on the topics I blog about, occasionally I get people who see me as a misguided person for thinking that there is even an unseen realm.

Some of those roles and figures that I play, I have no control over.

The Root of Low Self-Esteem

Every now and again, you may get a sense for how you influence others, but for 95% of the learning experiences you contribute to others, you won’t ever know what your role was or that your role was valuable.  People usually won’t tell you how significant your presence is in their life unless you ask them directly.  And sometimes even then, they don’t know how and won’t be able to tell you until your relationship with them is finished (through death or another circumstance).

The fact is, your presence here on earth is valuable, whatever you do, (and especially if you screw up.)  We remember and learn from other people’s mistakes much more than their successes.  Your sphere of influence is created when you live and exists for as long as you do.  Even if you can’t verbalize what it is.  When people are watching you and you’re in their life, they learn and grow and we all play a role that is valuable.

Without your presence, there would be missing parts in the script.

The Realist’s Guide to Lightwork and Your Life’s Work
Does a spiritual awakening have to mean a change of career? In 2006, I read Doreen Virtue’s book The Lightworker's Way. I identified 100% as...
How to Find Your Calling As a Lightworker
Do any of the following statements resonate with you? You feel an intense desire to be of assistance and contribute something good to this wo...
See the Clues that Point to Your Life Purpose
I first began searching for my life purpose exactly two years ago when I read the article 'How to discover your life purpose in about 20 minutes' ...