A couple of weeks ago, I wrote an article about mediumship & connecting with the dead, entitled ’10 Signs Your Deceased Loved One Is Visiting You’. The topic of mediumship had been on my mind a lot because I had been feeling the presence of my grandmother, Frances Adams, around me.

Frances was my dad’s mum, and she died of a stroke in her early sixties, one week before I was born.

This is a photo I shared in my last post, of my grandmother, her second husband (John Adams) and that’s my dad, aged 13, standing behind my grandmother.

They lived in Birkenhead, UK but in this photo they are on holiday in Cornwall: 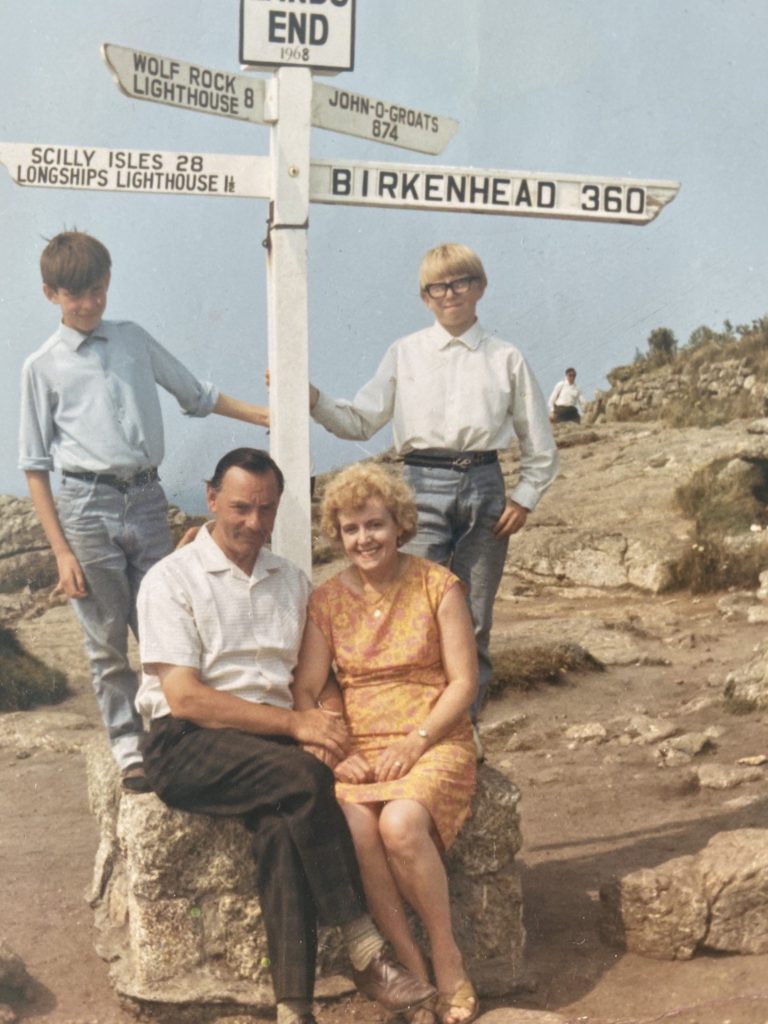 I do occasionally pick up on deceased spirits, but I had never felt Frances around me before. And when I published the article on mediumship 2 weeks ago, I didn’t really have an inkling of what I was about to find out.

But first, a bit of backstory…

This all started when I was visiting my dad in New Zealand in February of this year. 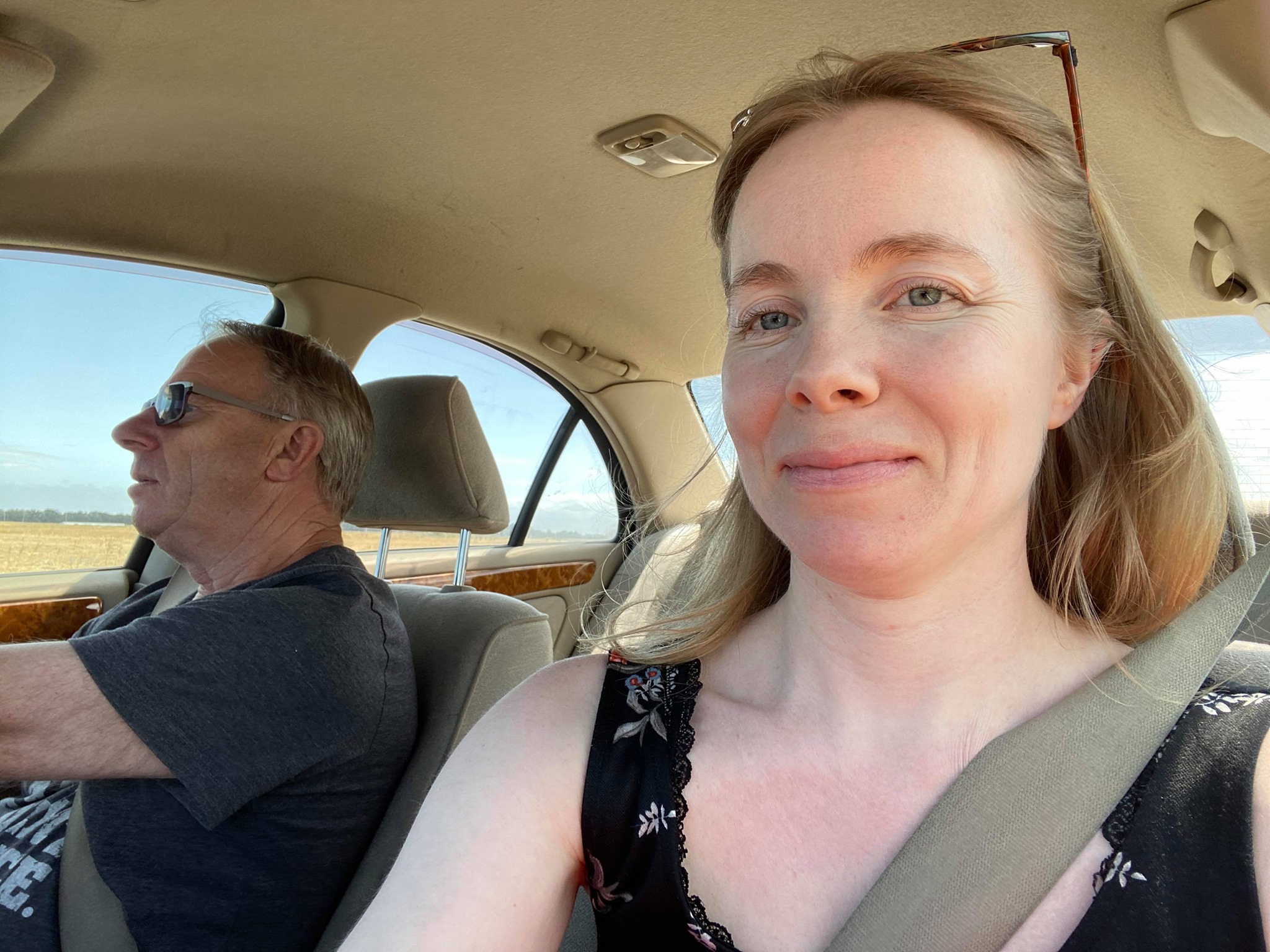 During my visit, my dad told me that he wanted to track down his two sisters, Edna and Susan, whom he had been estranged from for the last 40 years. (The estrangement started when my parents were planning their wedding, and there was a disagreement about who was going to be bridesmaid. Although my dad got on well with his sisters, the estrangement persisted for 40 years.)

So, although Dad wanted to find his sisters, he is not computer savvy, and so I said I would help him to track down his sisters by doing some sleuthing online. However, I was very busy at work and it was put on the back burner for a while.

But then my grandmother, Frances began to make her presence felt with me.

First of all, she popped up when I went to visit a Spiritualist Church. The medium who was reading the audience pointed at me and told me that my dad’s mother was with me, and passed on a message that I still don’t understand, about alcohol and cigarettes.

Then I started having dreams about Frances, including a very vivid one where we were in a hospital together, and I heard her voice (in the dream she was softly spoken). The dreams made me feel very close to her when I woke up, and in hindsight I can see that she was pushing me towards finding Edna and Susan, my dad’s sisters.

She told me how to find them, and what to expect when I did.

And so I started to look. I found people I thought were my cousins, and sent messages to these people who I hoped were the right ones.

A couple of weeks later, me and my dad were pleased to hear back from my cousin, who confirmed that my dad’s sister Edna was still alive, and my cousin passed on a phone number.

She said that her mother Edna would be happy to hear from my dad, after all these years. My dad was excited to speak to his sister after 40 years of being estranged.

However, my cousin said there’s something we don’t know that we need to know – something which devastated us:

My grandmother Frances told her daughter Susan that she was in a violent relationship with her second husband, John.

The night before my grandmother had her stroke, she had her head slammed against the wall by John, her partner. She was injured and called her daughter Susan.

Shortly afterwards, she had a stroke. Her husband John claimed he found her collapsed on the floor. It took her one week to die.

She was otherwise healthy and in her early 60s.

We didn’t know about the circumstances surrounding her stroke. My dad only knew she died of a stroke, but he didn’t know that there was a cause for it.

A stroke is ten times more likely to happen within three months of a traumatic brain injury. Frankly it is too much of a coincidence for us that this happened to her, so soon after he slammed her head against a wall. Plus, her husband John was known to be a violent man (however for some reason, no-one had suspected that he was violent towards his wife.)

Susan kept this information to herself for a while, because she was afraid of John Adams (he was known to be a bully and he had just killed her mother.)

Susan later told Edna what she knew about the nature of her mother’s death, and by that time they were already out of contact with my Dad, (who never knew the truth…until recently.)

When I passed on the news, my dad was very sad and angry, and writing this is still quite emotional.

We are quite convinced that she died at the hands of her partner, given that Susan is considered a reliable witness, and that John Adams had form for this sort of thing.

And what really rankles is that Frances and John are buried together. My Dad is especially upset about that detail.

Throughout these events, I’ve felt Frances’s presence stronger than ever.

(For some reason, I keep hearing the Van Morrison song ‘Into the Mystic’ in my head, when I feel she is around.)

I do feel that she might be starting to gain the resolution she was seeking, 36 years after her death.

One of the things I’ve come to understand about the dead is that there are different degrees of ‘deadness’ and ‘wellness’ that they attain on the other side, following their death.

What I mean by ‘deadness’ is that some souls move on really well after death. They don’t look back on their life, or hang around their loved ones much. They have gained their resolution, and moved on.

Other souls cannot move on for some reason, and may have an eye on the Earth plane for a long time. In some cases, things on the Earth plane are simply unresolved, and need to be sorted out, before they can move on. And often souls in such scenarios will try to communicate with someone who is open, to find that resolution. Because they cannot find it on their own. They need help.

Frances hasn’t been that dead, and she hasn’t been that “well” on the other side, either. She had her head slammed against a wall, got injured, had a stroke and couldn’t talk about what happened to her, and died without people knowing what happened. I can’t imagine how confused and scared she would have felt after having her stroke.

I feel that she has been using me in a sense, because she wanted her children to reconcile and most of all, she wanted to let it be known what happened to her.

That is why I am writing this article, to put it out into the public domain. We now know that John Adams’ caused my grandmother’s death. But there is no justice in this situation. John Adams died in 2003. However, I have the feeling that by writing this, with my family’s blessing, it will bring some healing and resolution to Frances, and help her to move on.

Rest in peace, Frances Adams. I am sorry you died at the hands of your husband. I am sorry for the pain and fear you must have felt. I expect you already know that some of us in the family did inherit this inclination towards dysfunctional & abusive partners, but we are past that now. Please, go in peace. 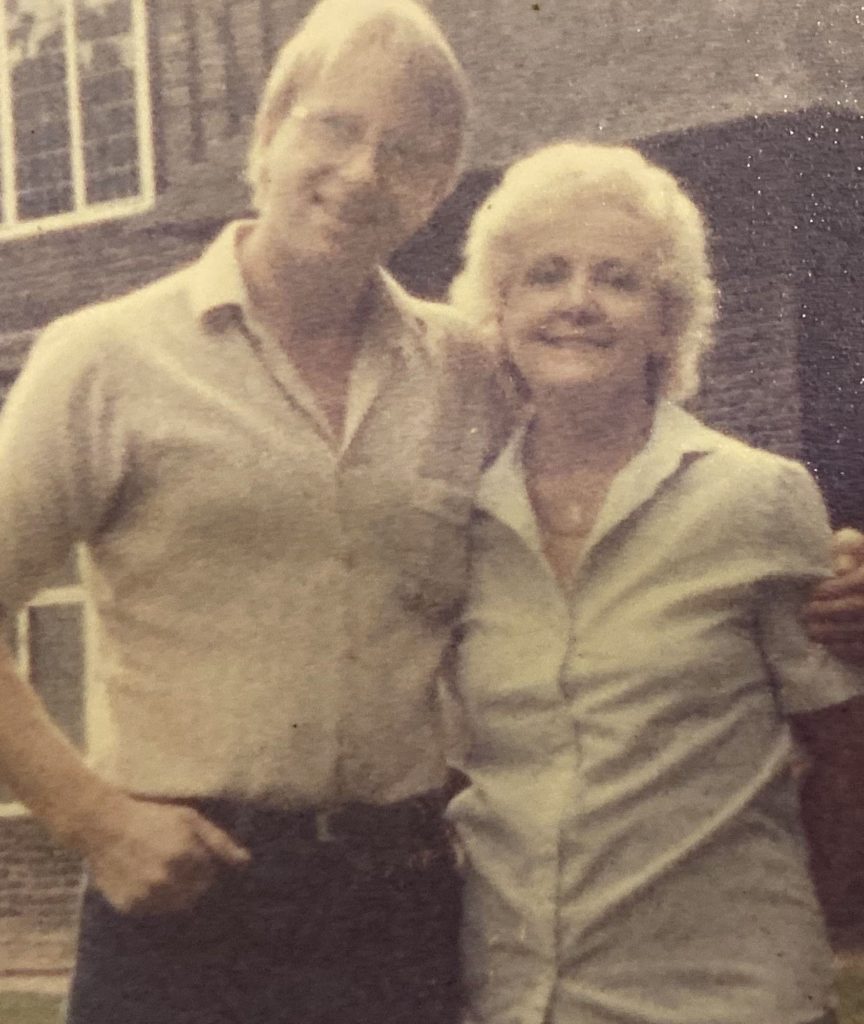 Goodbye 2011, growth-filled and messy. What I learned.
Happy new year to all readers, clients and students.  I wish you and your loved ones happiness and prosperity in 2012. In 2011, I: Brought ...
Moving to Australia! & 4 Things I’ll Miss About New Zealand
On Saturday 21st November 2009, I’ll be moving to Brisbane, Australia for one year. In the last eight months I've been in New Zealand. Here's a...
My Story – Early Psychic Experiences, Overcoming my Fear of Spirits, Finding my Life Purpose & Becom...
Part 1 | Part 2 | Part 3 | Part 4 | Part 5 Early Psychic Experiences I have written this account of my psychic journey because I am often asked ...