Glad to Be Alive – Christchurch Earthquake 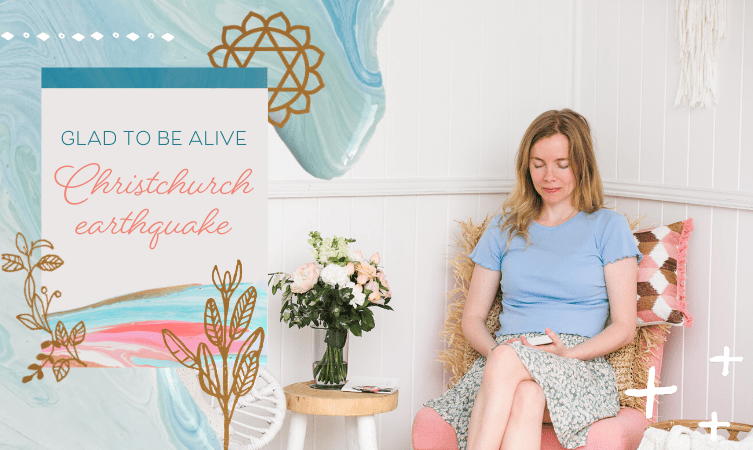 Yesterday there was an earthquake in my home city of Christchurch. I’ve been touched by the emails from readers asking if I’m OK and sending their prayers and well wishes. Thank you for thinking of me.

I am obviously OK as I’m writing this, and out of the city now.

Last night I wrote an account of what happened to a friend in an email and posted it on Facebook. I have also copied it below.

The Day I’ve Had

It happened around midday – I was making my lunch (or brunch) and the building started shaking, and I thought it was another aftershock, as we get lots of those from the earthquake that was in September.  But then glass started to smash, things came out of the cupboards and fell on me, the TV fell off, everything came off shelves, pictures off walls.  Then I got scared and knew it was not going to be a regular aftershock.

It was incredibly violent. I was just waiting for the building to collapse (I live on the ground floor of an apartment block). I feel lucky to be alive because my building was shaking so violently, by the time it finished I was more surprised I wasn’t buried in rubble.

The ceiling and walls were moving and someone who was in the car park below said the pillars which hold up the building were moving around too much and he thought they would give way.  But they didn’t.

It was silent for a moment after it finished, then I could hear the sirens. I went outside which was embarrassing because I was still in my PJs. There was a massive dust cloud that looked like buildings had collapsed (it was a bit 9/11 – esque).

Some pavements had turned to mud with the liquefaction, there was water gushing everywhere.  The smell of smoke from buildings that caught fire.  I ran down the street in my PJs to check on a friend who worked at a cafe nearby and the road started flooding. I got wet but was too scared to go back in to get dressed. I stood on the corner of the street with other people from my building and we were all in shock and shaking.  Someone lent me their coat.

Everyone got into their cars when it happened so it looked like some of the ambulances couldn’t get to the injured. There were people coming past on makeshift stretchers and what looked like covered dead bodies on the back of a truck.

I didn’t know what to do, felt so useless.

Then my brothers turned up, and we decided to get out of the city.  We walked East and went down a main street in the centre that seemed OK.  Looking around we saw how lucky we had been because so many buildings were collapsed, looking down streets we could see a crushed bus and helicopters and fire trucks. A man on a bike warned us not to go down the street as it was too dangerous, but other people were doing it, so we thought it’d be OK. Then a big aftershock struck and it was terrifying, we were cowering in the middle of the road, while more buildings and glass fell around us, people screaming, I was screaming at my brothers to get into the middle of the road and clinging to a man I didn’t know.

We ran back in a panic and the man on the bike said ‘Didn’t get very far, did ya?’

The city was eery like a ghost town by that point.

A friend got his car and tried to drive to my brother’s house, which took us a few hours even though it was only a mile and a half away.  Going through the suburbs showed us flooded streets just like on the news in Brisbane last month and devastation that is so widespread I’ve never seen anything like it. Cracks in the road everywhere you look, kerbs that have come of pavements, every other house has a fallen wall, chimney, or a collapsed garage, if it hasn’t collapsed altogether. We had to cover our mouths to protect from the smoke that was coming from a building on fire.

I went to a friend’s house, then went back home to collect my belongings quickly.  The building was still moving every now and again, which was terrifying for us. I fortunately managed to squeeze my car out of the electric gate from the underground car park (there was no power) and left for Blenheim which is 4-5 hours away.  I can still hear the sound of my building shaking in my ears and feel like I’m on a boat.  I drove for five hours tonight, kept awake by pure adrenaline.

I think I will be moving out of the city following this, Christchurch is going to be a war zone for a long time, as it’s so devastated.

Using the Tarot to Predict the Year Ahead
I love the Tarot. One of the ways in which I use Tarot is that at the start of the year, I tune into Spirit and pick one card which sums up the...
The Devastating Discovery My Deceased Grandmother Led Us To & How the Dead Sometimes Use the Living ...
A couple of weeks ago, I wrote an article about mediumship & connecting with the dead, entitled ’10 Signs Your Deceased Loved One Is Visiting You’...
The Dark Side of Spirituality? – My Past Experiences With Fundamentalist Spiritual Teachers
Fundamentalism: The interpretation of every word in a sacred text as literal or absolute truth. I believe that fundamentalism is by its nature v...