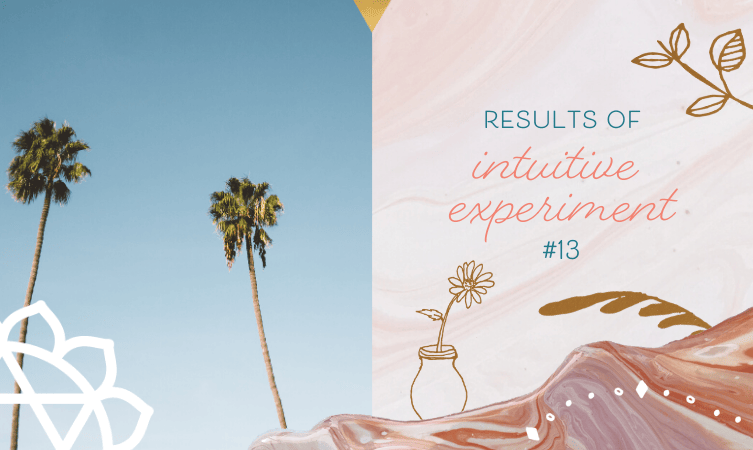 Who was the woman presented in intuitive experiment #13? 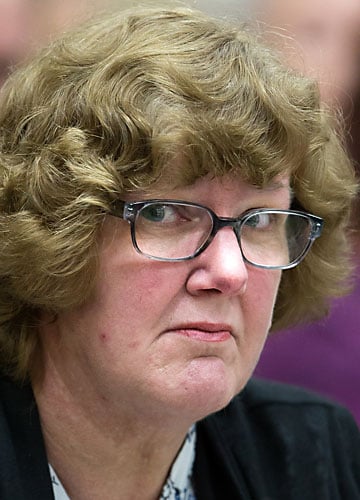 She is Helen Elizabeth Milner, a New Zealand woman who was convicted of murdering her husband Philip Nesbit in 2013 and sentenced to life in prison.

According to prosecutors, she put a massive dose of an antihistamine drug in her husband’s dinner, and when he was sufficiently sedated, suffocated him. She then staged the scene as a suicide, leaving suicide notes and sending farewell text messages to his relatives.

Her motive was thought to be a $257,000 NZ life insurance payout which she wanted to claim to enable her to start a new life with her boyfriend.

She did not do a very good job of covering her tracks, however.

She was nicknamed the ‘Black Widow’ by her work colleagues as she had talked and joked about poisoning her husband prior to committing the crime.

Milner had also previously talked of killing her husband to her son, Adam Kearns, and his ex-partner, and offered them a share of the life insurance payout if they arranged a hitman. They later testified that they had thought she was not serious.

Although investigators had botched their investigation and initially concluded that the death was a suicide, Lee-Ann Cartier turned amateur detective, even befriending Milner to gain information about the case. She raised her concerns with the coroner and over a period of a couple of years managed to gather enough evidence to persuade the police to re-open the investigation. 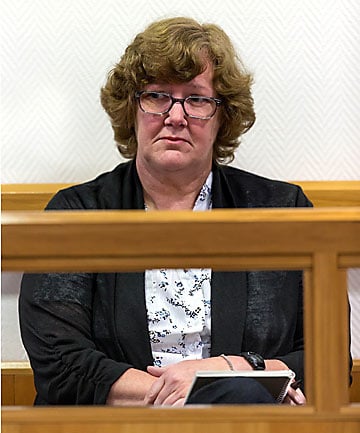 In addition to murder, Milner was earlier convicted of perverting the course of justice after setting her own son up and framing him for a crime he didn’t commit. She bought a mobile phone and pretending to be him, sent threatening messages to herself and to his ex-partner, which constituted a breach of his protection orders. She then encouraged his ex-partner to report it to the police.

Her son was jailed for two weeks and later received compensation from her to the tune of $55,000, saying that his mother was “dead to him”.

In a letter to the court, Milner’s mother described her daughter as being a difficult teenager who would deceive and steal from her classmates, family and relatives.

As a young woman, she trained at a secretarial college and went on to work as a typist, but was eventually fired for forging a letter to her employer.

Milner later went on to steal $29,000 from another employer while working as a bank teller, and was caught and fired. Her parents say they spent thousands of dollars trying to prevent the case from going to court.

In 2009, she was accused again of stealing thousands from her employer, and convicted.

She was also investigated for setting fire to her car and claiming the insurance money.

She had two sons from her first marriage, and had sole custody of them. Her ex-husband claims she managed to gain full custody by lying in the family court and had blocked him from seeing his children.

Milner met Philip Nesbit in 2001 through his flatmate, whom she had dated briefly. They married four years later.

She was described as manipulative, motivated by money, two-faced, and remorseless by her ex-husband, children and relatives.

Her own mother, Ann Milner, described her as “either mentally ill or evil”.

Well done to everyone who got this one right…there were quite a lot of you – awesome!

For those who didn’t get many intuitive hits, remember that it takes practice and a good technique to become really adept at reading others in this way, so don’t be discouraged if you weren’t accurate – it’s not a reflection of how you could develop your ability in the future.

For those who are interested in taking their studies in this area further, you will want to check out my Intuitive Awakening Course, which has been taken by over 1500 students and has received rave reviews since it came out several years ago.

I believe it’s the most comprehensive (and best value) course on intuitive development that you will find out there.

Here are some excerpts from recent reviews:

Because of intuitive awakening I started developing my intuitive abilities.

“It was a great course, easy to follow and each chapter short enough to read or listen to in a limited amount of time. I still go back and read or listen to some selected chapters every now and then. The combination of Anna’s voice and British accent is very soothing to listen to. Sometimes it also helps me relax and go to sleep better. I highly recommend this to anybody who is interested in the spiritual world.”

To read the full reviews, you can visit my testimonials page.