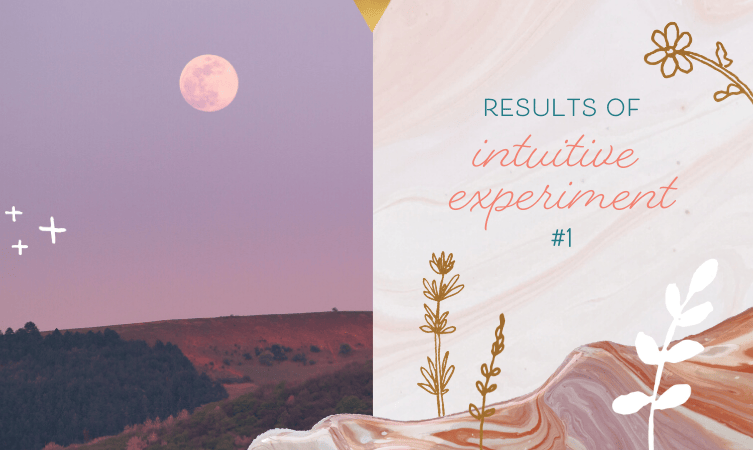 A few days ago, I posted a challenge for readers of this blog to have a go at reading the man in the photo below. (The original post is here.)

Note: If you’d like an opportunity to verify and practise using your intuition, go and read that article before you read this one: How Can You Measure Your Progress in Psychic Development? – Try This Experiment! 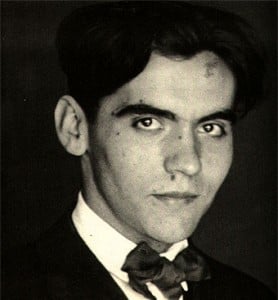 Thanks to everyone who took part in this intuitive experiment.  I was interested to read what you ‘picked up’. In total, there were a few dozen people who left comments and sent emails. I have to say, a lot of what was wrote was spot on, if not close to the mark.

The man in the photo is Federico García Lorca. He was a famous Spanish poet and playwright who lived from 1898-1936 – one of my favourite writers.

Here are some of the intuitive hits many of you had…

Many of you picked up an artistic temperament, which was correct.  Lorca was an immensely talented artist, poet and playwright. He was also a lecturer and musician (he was a pianist and guitarist).  He was experimental in much of his art.  As I mentioned, he is famous and revered (especially) in the Spanish-speaking world. I expect my Spanish readers would have recognized him instantly.

As most of you picked up, his death was a tragic and violent one – he was murdered at the age of 38.  He was executed by the right-wing Nationalists at the beginning of the Spanish Civil War.  He was thought to have been shot.  The writer Ian Gibson in his book The Assassination of Garcia Lorca states that he was shot with three others at a place known as the ‘Fuente Grande’, near Granada.

His burial place has never been found.

Eerily, he even foretold his own death in one of his works:

Why was he killed?

During the Civil War, the right-wing nationalists kidnapped and murdered many of those who were on the left wing. Lorca was thought to be on the left wing although some actually maintain that he was apolitical. He was also homosexual, which was a possible motive for his murder. Many historians are undecided as to the primary motive.

Death was also one of his artistic preoccupations and features prominently as a theme in many of his poems.

Themes and Symbols of his life and work: blood, darkness, passion and fire

Many people sense darkness when they tuned into Lorca.  The darkness you picked up on could also refer to Lorca’s own personal suffering (see below).

Darkness was also a major theme of his art, witness his Sonetos del Amor Oscuro (Sonnets of Dark Love) as just one example of this. Lorca was also said to be highly superstitious, and the dark forces present in his works were not mere dramatic ploys, they appear to be very present in his psyche. If you haven’t already, read some of his poems and you will see what I mean!

Some people picked up on fire.  Fire usually translates to passion.  This could be in reference to Lorca’s own passionate nature; the passion of Lorca’s works, or the passion of the characters.

I think you can see the dark passion if you tune into his eyes.

I don’t know any other poet who does tormented passion quite like Lorca – there is great emotional intensity in his poetry, although it’s almost ‘veiled’ and there is a hint of repression in it too.

Take a look at this one:

No one understood the perfume
of the dark magnolia of your womb.
Nobody knew that you tormented
a hummingbird of love between your teeth.

A thousand Persian little horses fell asleep
in the plaza with moon of your forehead,
while through four nights I embraced
your waist, enemy of the snow.

Between plaster and jasmine, your glance
was a pale branch of seeds.
I sought in my heart to give you
the ivory letters that say “siempre”,

“siempre”, “siempre” : garden of my agony,
your body elusive always,
that blood of your veins in my mouth,
your mouth already lightless for my death.

His plays were experimental – so much so that his very first play was laughed at, when it came out.  Some of his works were avant-garde.

Towards his late twenties/early thirties, García Lorca suffered from depression. His depressed state was apparently made worse by his anguish over his homosexuality.  From 1925 to 1928 he was emotionally involved with the painter Salvador Dalí although Dalí was said to have rejected his romantic advances, much to Lorca’s anguish.

His later collection of poetry ‘Poeta en Nueva York’ (Poet in New York) evokes the loneliness, isolation and alienation that he was suffering at that time.  I personally found it a depressing read, which reflects where Lorca was at when he wrote it.  It is said that Lorca had two faces: a public one, which was the successful author and the private one, which reflected the passionate and perhaps emotionally tormented side.

A few of you picked up on sexual deviancy.  Lorca’s art expressed a passionate and sometimes odd sexual intensity and sensuality that perhaps remained unexpressed in other areas of life. I feel this creates a vibe of repressed emotion and sexual tension in his work and in his energy. He was homosexual – at a time in Europe when homosexuality was definitely not something you would want to be open about.  Sexual drives and homosexuality were general themes in his poetry, as was incest.

I think that in the emails and comments I got, almost everyone got at least one accurate ‘hit’ and some were spot on or close to the mark in everything they said.  It was interesting that almost everyone got a bad feeling about his death and many picked up on his artistic talents and emotional intensity. I think you’ll agree this was a fascinating character to tune into.

More tips for tuning in:

How did you get your information?

It seems some people got clairvoyant visions, some got feelings and some got impressions.

Visions can be like dreams – they need interpreting. When you get a clairvoyant vision, if you don’t sense what it relates to, do remember to ask your claircognizance what it means.  For example, you may see fire or blood (an accurate symbol in this case) but unless you know what it relates to, it can go unverified.  Many picked up ‘crime’ but a few didn’t see that the crime had been against Lorca, instead of perpetrated by him. So, clairvoyance has to work in conjunction with another gift, like clairsentience or claircognizance, in order to work well, so remember to dig deeper for more detail, even if you’re unsure of what you’re getting.

If you get a feeling, like a creepy, dark or eerie feeling when looking at the photo, ask your intuition why – and attempt to get some clarity around it.  What does it relate to?  There is always another layer of information and more clarity and specificity to be had.  A feeling or vision is often the top layer but you can go deeper and find out exactly what the feeling or vision refers to.

Usually you need to be in a meditative state in order to get that extra information.  Doing deep breathing will put you there, as will Binaural Beats.  For more information on how to get into a meditative state, read this article: The Alpha State – Why is it Essential to Psychic Development?

How Long Should it Take to Read Someone?

Sometimes it can take 15 minutes or longer to really go deeper and get specific information. I can guarantee that the more time you spend going deeper into reading someone, the better the information will be.  If you got very specific information that was wrong, it may have been because you went too fast and took a very specific surface impression. What usually happens with intuitive information is that you follow a trail of breadcrumbs and it can take 10-15 mins to do. You might get information that is very general or vague initially, such as his line of work, then if you go deeper, you get more detail. But it’s unusual to get detailed and specific information right off the bat, unless you are highly skilled and experienced. Usually you get vague info, then you go deeper and get more detail. That’s how it happens for me and for other intuitives I know of.  It’s also why I like to prepare for my sessions for at least 10 minutes 🙂

How did you do? Leave me a reply if you have any questions or comments.

To all who participated…thanks for taking part in this experiment.  I hope you had fun doing it, I know I did. If readers request it, I may do another of these experiments later on.

More sources of information about Lorca:

Who Was Mystery Person #28?
The person in this experiment is Svetlana Alliluyeva, the only daughter and last surviving child of Joseph Stalin and his second wife Nadezhda All...
Who Was the Mystery Woman in Intuitive Experiment #6?
Results of Intuitive Experiment #34
So who was the chap in the picture? I think some of you did recognise him - he was Edgar Cayce (1877-1945) one of the most well-known psychics of ...