Results of Intuitive Experiment #35 – How Did You Do? 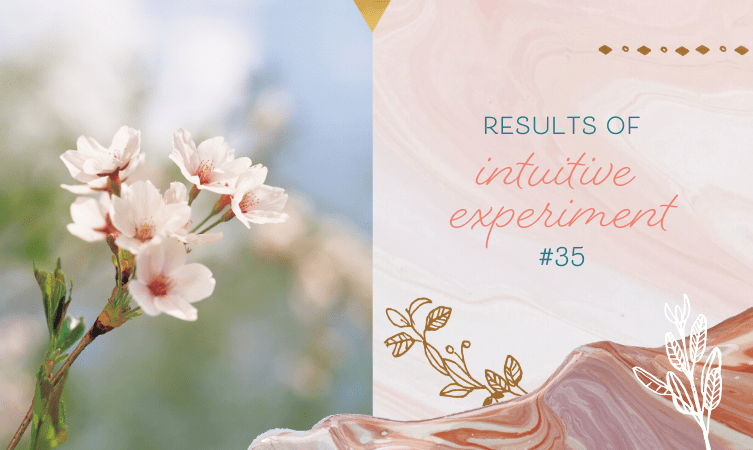 The person in this experiment is Vincenzo Peruggia, best known as the man who stole the Mona Lisa from the Louvre in 1911. This notorious crime is the primary reason why Leonardo’s masterpiece became arguably the most famous painting in the world – a reputation which persists to this day. 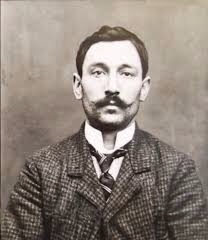 Theft of the Mona Lisa

Born in Dumenza, Italy on October 8, 1881, Vincenzo was a carpenter and decorator by trade, and had been hired to install protective glass covers over some of the paintings at the Louvre. This gave him access to the artwork that most would not have had.

Peruggia mistakenly thought that the Mona Lisa had been stolen from Italy during the Napoleonic era a hundred years earlier, but in truth Leonardo had gifted the painting to King Francis I when he moved to France in the 16th century, some 250 years before Napoleon was even born.

Some also believe that in addition to his patriotic ideals, Peruggia did intend to profit from his theft. In a letter to his father four months after the heist, he wrote “I will make my fortune and that my (fortune) will arrive in one shot.”

Whatever his true motivation, on the morning of Monday, August 21, 1911, Peruggia entered the museum dressed in one of the white smocks that the other employees wore, which allowed him to blend in seamlessly. The Louvre was closed for maintenance on Mondays, which made his task that much easier.

Vincenzo simply waited until the gallery was empty, lifted the painting (which is not overly large and weighs only about 20 pounds) from its four wooden pegs, hung his white smock over it, and walked past the unoccupied guard booth. In a nearby staircase he removed the glass case and frame, and sauntered out of the building unnoticed.

Vincenzo stored the painting in his apartment in Paris for two years after the theft, waiting for the best moment to sell or relocate it. It took the Louvre staff a day or two to even realize the painting was missing, since artworks were often taken down to be photographed or maintained.

Once it was clear what had happened, however, a massive investigation was launched. Numerous suspects were interrogated, including Pablo Picasso and the poet Guillaume Apollinaire. Newspaper coverage spread the image of the Mona Lisa worldwide, further establishing its reputation as a great masterwork, and ensuring its fame far beyond the borders of Italy and France. Scores of people flocked to the Louvre just to gaze at the empty space where the Mona Lisa had once hung.

With the painting’s newfound fame it was far too dangerous to sell, so it sat in a trunk in the thief’s apartment for around two years. Eventually Peruggia grew tired of waiting, however, and in 1913 he contacted art dealer Alfredo Geri in an attempt to repatriate the painting to Italy in hopes of a reward. Geri promised to hold the piece for “safekeeping,” but notified the police as soon as he had the opportunity. Vincenzo was arrested immediately, and after a brief period of display in Italy, the Mona Lisa was returned to the Louvre on January 4, 1914.

Peruggia stood trial for the theft, but due to the supposedly patriotic nature of the crime, he received a lenient sentence, of which he served only seven months or so. He later went on to fight in World War I, married, and had a daughter by the name of Celestina. He continued to work as a painter and decorator, using his given name Pietro Peruggia.

Peruggia died of a heart attack in Saint-Maur-des-Fossés on October 8, 1925, the day of his 44th birthday. His attempt to “return” the Mona Lisa to Italy had only been partially successful, but he managed to solidify the legend of the portrait for generations to come, and in that sense he did accomplish what he set out to do.

This story was a bit of a complicated one from an intuitive point of view, since Vincenzo was a fairly ordinary man who did a very out-of-the-ordinary thing for reasons that are still a little unclear. He wasn’t an inherently bad person, and his crime wasn’t violent, but it clearly wasn’t the right thing to do either – even if he may have believed it was.

Some of you picked up on his criminal or outlaw tendencies and his artistic nature, which weren’t mutually exclusive. Others noted that he was married and had a daughter later in life, and was in prison for a period of time. He was indeed European with a connection to France, and was approaching his 50’s when he passed away.

These are some very specific hits, so great work from everyone this time around!

Make sure to check back soon for another experiment, as well as more tips and articles about developing your intuition so you’ll do even better on the next go-round!

How did you do with this one? Please leave a comment below.