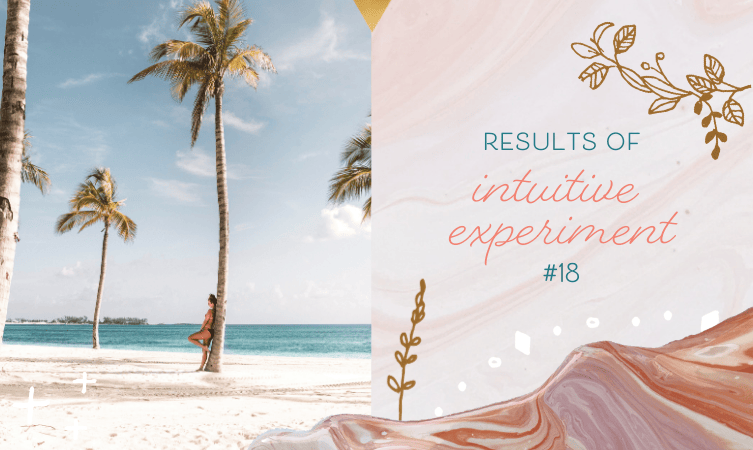 So who was the man in Intuitive experiment #18? 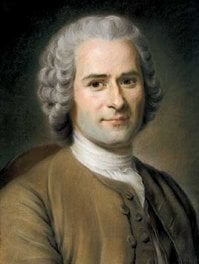 It was the philosopher Jean-Jacques Rousseau – one of the most highly regarded thinkers of the Enlightenment movement in eighteenth-century Europe.

As many of you noted, he was a very intelligent and thoughtful man, with a great interest in how an ideal society should be structured. But he was a complex and contradictory person too, and his own life choices did not always line up with his philosophy.

Rousseau was born in Geneva, Switzerland, on June 28, 1712. His mother, Suzanne Bernard Rousseau, died nine days afterwards due to complications from childbirth. His father Isaac, a watchmaker, was forced to flee the country in 1722 to escape imprisonment as a result of fighting a duel. This left Jean-Jacques in the care of an uncle, and he was apprenticed to an engraver when he was 13 years old.

While he didn’t despise the engraving work, his employer was cruel, and Jean-Jacques felt he was meant for other things. So at the age of 16 he left to work with Madame Louise de Warrens, a wealthy woman with whom he would eventually become romantically involved. She was an important influence on his decision to convert to Catholicism, which forced him to abandon his Genevan citizenship. Later in life he returned to Geneva, however, and converted back to Calvinism.

A number of readers accurately picked up on Rousseau’s strong musical background. He studied at the Annecy Cathedral choir school in his youth, and in 1742 he traveled to Paris to work as a musician and a composer. Several years later he went on to write a successful opera, Le Devin du Village (The Village Soothsayer), but gave up composing shortly afterwards.

While in Paris in 1745, Rousseau met a linen-maid called Therese Lavasseur, and she became his lifelong companion. They eventually married in 1768, and she gave birth to five children, all of whom the couple handed over to the Paris orphanage. Rousseau felt he could not properly educate them, and that this task would be better taken on by the state. This was obviously a controversial decision with many people, as were his multiple extramarital affairs – both seemed in opposition to the views about society and education that he championed in his writings.

Rousseau’s philosophy can be summed up as follows: he believed that all men are born good, and that human beings were corrupted by society and civilization.

Rousseau rose to fame in 1750 when he submitted a piece called Discourse on the Arts and Sciences, in response to an essay contest on the question “Has the restoration of the sciences and arts tended to purify morals?”  Rousseau’s response was a resounding and controversial “no,” but his essay won the Academy’s prize, resulting in wide exposure for his work.

Rousseau followed this success with a much longer and even more progressive entry in an essay contest offered by the Academy of Dijon in 1753. The question this time was “What is the origin of inequality among men, and is it authorized by the natural law?” Rousseau’s response was considered far too long and unorthodox to win this time, but it was later published under the title Discourse on the Origin of Inequality Among Men, and also enjoyed wide distribution.

In 1756, shortly after the publication of the Second Discourse, Jean-Jacques spent a year in the country as a guest of his friend Mme. D’Epinay, where he engaged in an affair with a woman called Sophie d’Houdetot. Numerous disagreements with his host and with other philosopher guests such as Diderot led him to move to the country home of the Duke of Luxemburg instead. Those of you who felt that Rousseau might have been associated with the country or with animals may have been picking up on this period of his life.

It was here that Rousseau wrote and published many of his most notable works, such as the novel Julie or the New Heloise. Shortly afterward, in 1762, he wrote his definitive treatises on political philosophy and education: The Social Contract and Emile, respectively. Both were condemned by authorities based on their claims about religion, and Rousseau was forced to flee France for Switzerland. There he penned his autobiography, Confessions, which demonstrates the growing sense of paranoia that he developed later in life.

Due to troubles with the Swiss authorities, Jean-Jacques wandered from Berlin to Paris to England, where he quarreled with friend and philosopher David Hume, and eventually returned to the southeast of France undercover. He returned to Paris in 1770, where he wrote his final works, Rousseau:  Judge of Jean-Jacques, and the Reveries of the Solitary Walker.

Rousseau died on July 3, 1778, from causes that seem as controversial as his philosophy. Reports seem to cover everything from a self-inflicted gunshot wound to the head, kidney infection, a stroke, and even murder. No one seems to be quite clear on the subject, so your guess is as good as mine. His body was later transported to a new location, but no one was quite sure if the skeleton that was exhumed belonged to him either. So he remained an enigma to the end, and even beyond.

Many of you picked up on Rousseau’s connection to music, philosophy, Europe, writing, and advanced intelligence. You also seemed to have a sense of his complex personality, which was focused on the highest goals for society, but did not always measure up in terms of his own personal actions. His life was full of conflict and disagreements, which caused him a great deal of difficulty.

Rousseau believed that the arts and sciences had caused a downfall in the morality of the common man, and that they detracted from the true goals of society, such as patriotism, friendship, and caring for the unfortunate. Yet he himself had a hard time maintaining relationships with friends and nations, participated in extramarital affairs, and abandoned his own children to the orphanage. So if you sensed a divide in his value system, that perception is certainly justified.

Whatever his personal experience, however, Rousseau’s work has gone on to influence many other philosophers and schools of thought, and is still highly regarded to this day. It may be that his work was born in part from the effort to transcend his own internal struggles, and this makes it no less valid or valuable – possibly even more so.

“Trust your heart rather than your head.”

“What wisdom can you find greater than kindness?”

“The first person who, having enclosed a plot of land, took it into his head to say this is mine and found people simple enough to believe him was the true founder of civil society. What crimes, wars, murders, what miseries and horrors would the human race have been spared, had some one pulled up the stakes or filled in the ditch and cried out to his fellow men: “Do not listen to this imposter. You are lost if you forget that the fruits of the earth belong to all and the earth to no one!”

“Every man having been born free and master of himself, no one else may under any pretext whatever subject him without his consent. To assert that the son of a slave is born a slave is to assert that he is not born a man.”

So how do you think you did? I noticed a lot of accurate hits in the comments, so great work from all of you – well done! Practice does make perfect, and there will be another experiment coming up next month, so make sure to check back for that!

This course left me feeling more connected to my intuition than ever before!

“I really enjoyed the Intuitive Awakening Course. It was practical, easy to follow, and included simple & effective exercises to practice. The meditations were wonderful. The course left me feeling more connected to my intuition than ever before and I was finally able to connect with my guides for the first time. Thank you!”

I was not a beginner, but this course really helped me understand the skills I have been working with.

“The Intuitive Awakening course is perfect. It really opened my skills further. I was not a beginner, but this course really helped me to understand the skills I have been working with. My main skill is Clairaudience, closely followed by Clairvoyance and Clairsentience and on occasions I work with Claircognizance. I was also an open Empath and I have now learned to control this as which really helps with my healing work. The meditations are excellent. As a healer, I love the cleansing of the Chakras too.

This course has also encouraged me to take a BSY Diploma in Psychic counselling/consultant. I would recommend this course to anyone who wishes to awaken their intuitive abilities or work on their already existing skills. Intuitive Awakening is just truly amazing and totally mind blowing. It is an excellent course and one which I have recommended to many. The results are amazing.”

Who Was The Man In Intuitive Experiment #32?
One of the more interesting uses for my psychic skills is when I am reading the news or keeping up with current affairs, and I come across a case ...
Who Was Mystery Person #28?
The person in this experiment is Svetlana Alliluyeva, the only daughter and last surviving child of Joseph Stalin and his second wife Nadezhda All...
Results of Intuitive Experiment #4
So who was the lady in intuitive experiment #4? Her real name was Franziska Schanzkowsky but she was known as Anna Anderson throughout most...