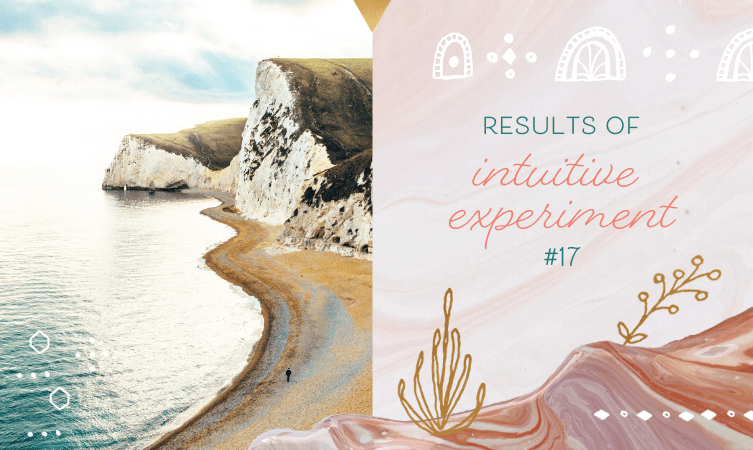 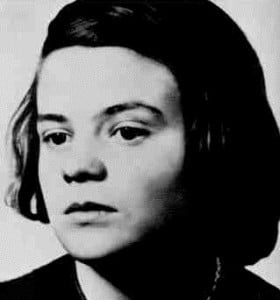 So who was the woman in Intuitive Experiment #17?

It was Sophia (Sophie) Scholl, a young German woman who founded an anti-Nazi activist campaign during the Second World War that eventually resulted in her arrest for high treason, and her death by guillotine at the age of 21.

Sophie was born in Germany on May 9, 1921, in Forchtenberg, Germany.  Her father was the mayor of the city, and Sophie was the fourth of six children.

Raised a Lutheran, Scholl joined the League of German Girls in 1937 at the age of twelve, but soon began to view the organization in a critical light – an attitude which may have been influenced by her politically liberal father.  Her brothers and friends were arrested in 1937 for participating in the German Youth Movement, and this made a strong impression on her too.  Sophie developed a strong belief in the innate value of all human beings, which eventually led to her dislike of Nazi doctrine.

Scholl was forced to enter the National Labor Service in 1941, which was a prerequisite for entering university.  She tried to avoid this duty by becoming a kindergarten teacher as an alternative, but that strategy didn’t succeed.  The military nature of the Service led her to think deeply about the current political climate in Germany, and she began to practice passive resistance (a form of nonviolent protest).

After her six months of service, Sophie enrolled at the University of Munich in biology and philosophy.  At University she met the politically motivated friends of her brother Hans, as well as many other intellectuals and artists.  Their discussions on philosophy and how the individual must act under dictatorship eventually led to the formation of a group called ‘The White Rose’, founded after reading an anti-Nazi sermon written by the Roman Catholic Bishop of Münster.

The purpose of The White Rose was to distribute leaflets and graffiti encouraging passive resistance to Nazi ideology.  Core members of the group included her brother Hans, Willi Graf, and Christoph Probst.  Sophie did not help to write the articles, but helped in distributing them, since as a woman she was much less likely to be stopped and searched by the SS.  But Scholl and the other members of the group were arrested at the University of Munich on February 18, 1943, for distributing the sixth and final leaflet.

When she appeared in court, Sophie is quoted as saying “Somebody, after all, had to make a start.  What we wrote and said is also believed by many others.  They just don’t dare express themselves as we did.”

Sophie, Hans, and Christoph were found guilty of treason on February 22, 1943, and sentenced to death.  They were all beheaded by guillotine in Stadelheim Prison in Munich. Scholl accepted this fate with remarkable grace and composure.  Her final words were:

“How can we expect righteousness to prevail when there is hardly anyone willing to give himself up individually to a righteous cause?  Such a fine, sunny day, and I have to go, but what does my death matter, if through us, thousands of people are awakened and stirred to action?”

After Scholl’s execution, a copy of the final leaflet was smuggled out of the country and dropped over Germany by the Allied Forces.  In later years, her actions have been praised as an example of great spiritual courage under extreme political and ideological pressure.  She remains a symbol of the highest forms of nonviolent social dissent, and continues to be inspirational to this day.

I think that many of you were picking up on the general atmosphere of darkness surrounding Sophie, and on her brief life and violent death.  While she did not take part in evil acts herself, she was obviously involved in confronting and resisting them and more than one person did mention her connection to activism.

Several readers also picked up on the connection to Germany and Jews, and Anne Frank is a close analogy to the kind of person that Sophie was – high minded, philosophical, brave, and a victim of the brutal Nazi regime.

Many people also mentioned an M connected to Scholl, whose middle name was Magdalena.   While she was an inherently good person, I’m sure that Sophie suffered a great deal of internal conflict and even rage over the atrocities she saw all around her, as well as fear of the consequences that might come from her actions.

Scholl lived in a very turbulent time and suffered a violent death, and that energy is imprinted on her, as well as the great courage she showed in resisting the evil around her.  This may have led to the sense of duality that some of you felt while reading her.

Overall, well done to everyone who took part in this experiment. This was not an easy one to read – it was easier to pick up on the dark energy around her, but not easy to know exactly where to place it. I hope you found it useful anyway to fine tune your intuitive skills!