My Recent Past Life Regression Experience 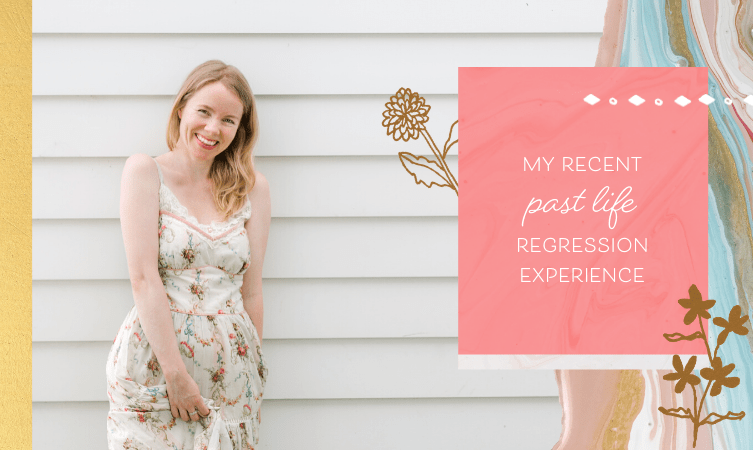 Through my training and personal experiences with past lives, I have learned that some of us come through with more past life ‘stuff’ than others, but many of us have an inner ‘tribe’ of past life characters whose (sometimes contradictory) thoughts, needs and desires butt into our minds and lives in an unhelpful way. Just being here and coming across situations, people and events can trigger old past life characters in us. They want to protect us, so that we don’t re-experience old wounds, tragedies and disasters.

(This is one of the reasons why intuition can sometimes be challenging to discern, because in addition to input from our higher self or spirit guides, we also get input from this tribe of past life characters, and it’s often irrelevant, unhelpful and fearful – you can recognize it by its low vibration.)

During my past life regressions, I came across two past lives, both of which I was very happy to clear.

One of them was about a sense of not being ‘good enough’ in my life.

This came from a pampered lifetime as a Russian aristocrat, sometime in the last few hundred years. I lived in a beautiful mansion with my family in a big city close to the royal palace. I remembered the beautiful dresses covered in jewels that I wore.

As I came to be of marrying age, I grew to be very beautiful and striking, which was useful for my parents who hoped to marry me off to someone important who could further their business interests or standing in society.

But around my 16th birthday, I experienced a very traumatic event which was a complete prolapse of the womb (where the womb comes down into the vagina.)

This would dash all my hopes and dreams for a good marriage and having children.

The doctor was able to remove my womb, but did not know my prognosis or if I would survive without it. I lived in fear that I would drop dead any second, because this is what the doctor told me may happen.

My father also forced me to lie about my infertility and married me off to a lovely army officer who I fell in love with, but I descended into depression, semi-madness and tried to commit suicide, as I felt the marriage was not based on anything authentic or honest, and was forbidden from telling my secret to anyone.

After a couple of years had passed, my husband grew impatient for an heir and forced me to see a doctor about my fertility. The doctor worked out what was going on, and realized that my husband did not know about my infertility. He blackmailed me and said that if I slept with him, he would not tell my husband about it. In the end I had to fulfil this duty once a week for many years to keep my husband from finding out.

The doctor introduced me to alcohol and a high class swinger scene, where I got drunk on a regular basis and had sex anonymously with random men. Oh la la!

Eventually my husband found out through someone else and was devastated. I told him the truth about why I was going off the rails, and he was furious with both me and my parents.

It took him many years to begin to forgive me, and he never did entirely. I changed my ways, stopped drinking, and adopted a child.

I was killed around age 46 by a horse and carriage – I had a dizzy spell and stepped into the road without looking.

When I got to the spirit world after death, I was filled with rage towards my parents for forcing me into a dishonest marriage and furious with my husband for not remotely understanding the position I was put in.

I had to release this rage and sense of being ‘damaged goods’.

I also made a soul contract to meet up later with the husband from that lifetime to help me with being authentic and speaking my truth.

I think it’s quite a good story!

I suspect that many novelists and creative writers draw on their past lives for inspiration, and may even be working out past life complexes through their work.

Healing Past Lives: My Work as a Past Life Regression Therapist
This is a guest post by Coletta Long, Ph.D., Clinical Psychologist, Instructor and specializing in Regression Therapy. Coletta Long, Ph.D. in C...
How to Heal Past Lives
I have always been fascinated by past lives and keen to explore my own. In fact, I’d say my interest in past lives was the driving force that l...
My Amazing Past Life Discovery
I have always been very interested in past lives and I have tried lots of methods to find out more about them: I had a past life reading which cov...