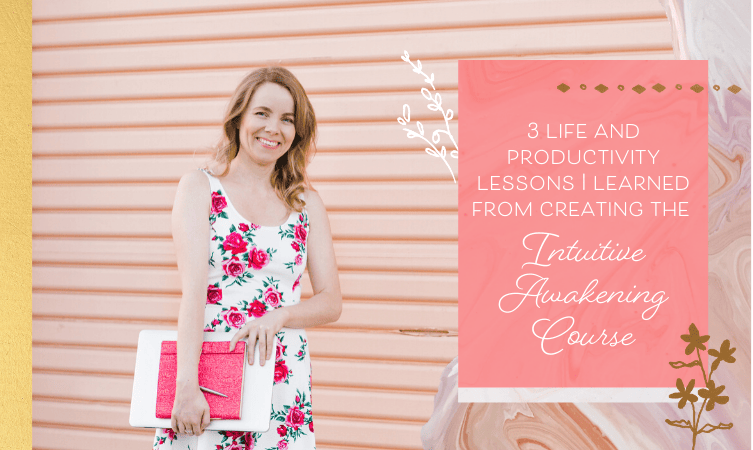 In case you’re new here, let me tell you about what I’ve been doing since September 2009.  In short, I’ve been creating the Intuitive Awakening course. I am very proud of it and so glad to get it finished.  It is a complete course that can get you from zero evidence of intuitive ability to actually chatting to your Spirit Guides and Higher Self.  It’s a long course and very thorough, which is why after creating it and releasing it a couple of weeks ago, I was really tired and very sick of the sound of my own voice (after recording, editing and listening to several hours of audio.)

Hence no blog posts here for the last month or so.

So, to recover, I’ve taken a holiday and I’ve been hanging out at wineries here in New Zealand (it’s harvest time for the grapes and the air smells of wine!) and seeing friends from the UK who are here on holiday, eating shedloads of food. 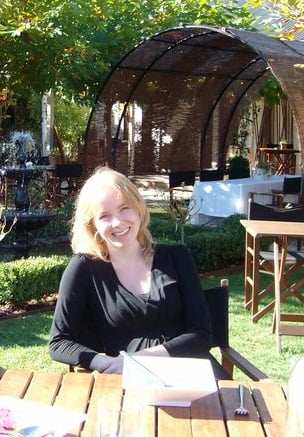 I’ve also been reflecting on the course and what I learned from creating and releasing it.  These are lessons from my business and creation process that I think can be applied across all areas of life – including intuitive development, so I am sharing them here.

Lesson #1: Fear is normal when doing anything new

I was absolutely terrified for most of the time when creating my course and thinking about putting it out there.

My biggest fear was “What if people don’t like it or buy it!?”

I knew in my logic that the course was great, but I was still scared (fear is irrational and makes no sense!)

So, it was wonderful when I sold several copies of the course in the first two hours after releasing it, and got feedback from fellow professional intuitives and students that they loved it.  I knew it was good in my head, but I still had the fear.  I hadn’t done anything like this before and it takes time to build confidence.  Next time around, I’ll be less scared because it won’t be uncharted terrain.

So if you are feeling fear around something, ask yourself: is this the first time I am doing something big like this?  If yes, then you have a right to feel really scared about it.

But it doesn’t mean you shouldn’t do the thing that you’re scared of doing.  In fact, if you’re feeling fear, it’s a sign you’re probably doing something worthy of you.

Fear really was my companion in this project right from September through to April, when I released the course, so I’ve had time to re-examine what exactly fear means for me.  Some people say that feeling bad and fearful means you’re going in the wrong direction.  I concluded: if you feel bad and you feel scared, it doesn’t mean you’re off track – often it’s just the opposite.

Writing what was effectively a book (along with several hours of audio to accompany it, and meditations) took a lot of continuous work.  I hadn’t done a project that big before.  I do readings, which are usually no longer than 75 minutes and I write articles but those are short-term projects.  I wasn’t used to showing up on a regular basis to work on a larger project.  I like finishing small things because it’s satisfying.  Working on larger projects isn’t satisfying until the end.  But all I had to do was set aside a few hours in my day, and show up, day after day, in spite of the lack of satisfaction.  And the project got finished.

Basically, I learned that I can do pretty much anything (even if I don’t know how I’m going to do it.)  All I need to do is show up every day and work on it (even if I’m working on HOW I’m going to get there.)  Eventually it gets done.

Lesson #3: You Can’t Make Much Progress in the Wrong Environment

I know many people think you’re making an excuse if you say that the reason for not making any changes or progress is that you’re in the wrong environment.

I don’t think that is an excuse. If you live in an environment that doesn’t support your comfort or well-being, reaching your goals will be so much more difficult and slower. Let me tell you about my experience with this:

In November 2009, I decided to live in Australia for a year (I’d always wanted to live there.)  I didn’t work on the course for the 3-4 months that I was in Australia.  Most days I woke up and felt bad about it.  The reason why I didn’t work was because I was suffering from exhaustion.  I was not prepared for the hot Brisbane summer and had no air conditioning in my apartment, so I didn’t sleep properly for about 2 and a half months.  Some nights I didn’t sleep at all.  I was sleep deprived and by the time I bought air con, I had decided to leave anyway and go back to New Zealand.

I also had a huge fear of cockroaches (and they kept getting into my apartment which I hated) but it was mostly the lack of sleep thing.  I was so miserable and tired there.  I have noticed that in the right environment, everything changes.  When I came back to New Zealand, I was able to finish the project quickly.

If you are stuck but want to create changes in your life and do things you’ve never done before, perhaps a change (or improvements) in your environment is needed.

Let me know if you have any thoughts on what I’ve written here.

Life Is Not Such A Bitch After All
Several weeks ago, I recorded a podcast with intuitive counsellor Alex Wu. It was a podcast about careers and life purpose.  In that podcast, w...
A Farewell Tiki Tour of New Zealand
How I Deal with Criticism
As I have a popular website which deals with new-age topics, I get a lot of feedback.  Most of it is nice feedback, but over the years I’ve receiv...