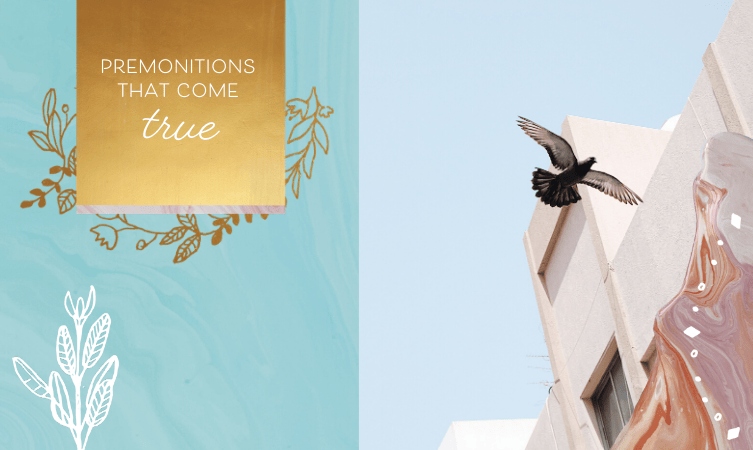 This is a guest article from Debra Reeves, an Akashic Record reader and professional intuitive who helps others to tune in to their soul’s path. Debra is a graduate of both my Akashic Record Reading Program and my Intuitive Reading Program and she has extensive experience communicating with Spirit. In this article, she shares some of her experiences with premonitions. Over to you, Debra…

Sometimes we are offered glimpses of understanding that bends the time space continuum – these are moments when you can glimpse the consequences of actions and when the normal laws of our three-dimensional world no longer apply. In popular culture, this is called a premonition. Reality is stretched, bent and folded into itself so that you may be aware of a future event that has come into being and will manifest through a current action.

I have a few stories to tell related to premonitions. The first breaks my heart even now, over a year later.

Kip was a beautiful, energetic, incredibly loving, and social black and white border collie. He was turned into a farm sanctuary for unwanted or mistreated animals by his owner of 4 years. We were hesitant to adopt him as we had already booked a trip to New Zealand a month later but the owner of the farm was so besotted with Kip she offered to have him back for the month we’d be away. 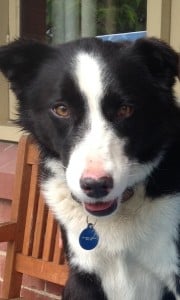 As soon as Kip lifted his paw to shake hands in greeting us we were all goners anyway and would have moved mountains to have him. At home, we discovered a few ‘quirks’ that had been omitted from his description – namely the ability to spring effortlessly over any fence and shoot for our car (across the road regardless of oncoming traffic) as soon as you moved a muscle. Yep. That was a problem.

We soon realised that our city pad was a death trap. We began the task of training him but the reality was until he changed his behaviour, he needed to be tied up to prevent him leaping fences and running into the paths of cars to chase us down the street.

When it was time to go on holiday and take Kip back to the farm I had an awful sinking feeling I would never see him again. It was dread in the pit of my stomach. We all said our goodbyes and I told my husband we wouldn’t see Kip again. But I had no idea why. Would the farm decide to keep him?

After we left to go on holiday, within 4 days Kip had proven too much of a handful and was chasing cars up the driveway on the farm and we were told to pick him up immediately. A friend generously agreed to make the two-hour round trip and looked after him for us. Kip died a week before we returned home. To our horror, we received a call to say that Kip had jumped the railing as he’d returned from his walk and had been killed in an accident.

We were devastated. Our friend was devastated. All our neighbours were devastated. I helped Kip cross over. It was all too sad. He had his whole life ahead of him. He was just too young and wonderful to die. We spent a long time with self-recriminations and thinking of how we could have prevented him from dying.

Why premonitions only come true some of the time…

Not all premonitions will come true. If you are given a premonition that you would rather not come to pass you have the power to change it. Some premonitions offer a glimpse of things to come and some are warnings. They mean to shake you to your core to show you that you need to change your ways or current life direction. It can be seen as a golden opportunity to recreate the future. You are given the choice to change your future if you don’t ignore the premonition and continue blindly along the same trajectory.

Free will is a wonderful thing! Take note and look at the actions that have led to this future. Put steps in place to encourage a new future that would be for your best and highest good and the highest good of all.

“Don’t Let Her Get on the Bus”

Another premonition that comes to mind is while I was in India. I was friends with a group of Israelis, one of whom was leaving on a bus at midnight. I was getting in a meditation before seeing her off when my guides started repeating her name. They became more and more insistent and I realised it wasn’t just my mind distracted but a message they wanted to impart. As soon as I listened I was told “Don’t let her get on that bus! It will crash. Although she will survive she will suffer back injuries that will trouble her for life. She must not get on that bus.”

I understood that it was not her path and that she had become embroiled in someone else’s path. I shyly shared my message with the friend (hoping she wouldn’t think me completely crazy!) and she agreed not to go that night. Later I found out her mother saw an article in an Israeli newspaper that the bus did in fact crash. She credits me for saving her from a scary and potentially life threatening accident.

Sometimes the threshold between excitement and fear, adventure and danger, life and death feels like a knife edge, where you can pay dearly if you misjudge. Our perspective can change quickly and drastically. For me, an experience that makes you confront your fragility, vulnerability and the impermanence in our lives can impact positively and create lasting change. It can be empowering.

Sometimes fear accompanies a premonition. Fear is a basic safety mechanism. It can limit your actions but it can also act as a warning to prevent us from stumbling innocently into danger or death. If the prevailing emotion you receive with a premonition is palpable fear then look at it from within. See whether you are fearful from within. Register whether you need to follow the premonition and be more cautious, to retrace your steps or change direction completely. When a premonition is accompanied by an emotion, it does not need to be subjected to interpretation. Second guessing the message with “Did I imagine this?” or “Am I really receiving a sign?” does not serve.

Tune in and gauge the level of urgency in the premonition. Sometimes you don’t have the luxury of time to consider your options. If you feel like you are walking through an invisible, energetic barrier then stop. Basically, the bigger the nudge and stronger the fear, the more urgency. Don’t question. Act. Do not hesitate. Follow the premonition. Act! If you are lucky you will have time later to contemplate the premonition and possibly even have the evidence that you made the right decision.

Have you had any similar experiences with premonitions? Please share your story in the comments section. 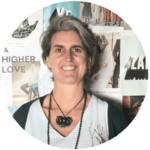 Debra Reeves is a Professional Intuitive with over 25 years’ experience communicating directly with Spirit. Debra is dedicated to assisting those who seek the deeper side of life and to come in direct contact with their own soul and the profound wisdom that is offered to us by Spirit.

Debra is able to access your soul’s information in the Akashic Records and then receive further clarity from your Spirit Guides.

Debra has been a Spirit Rescue Worker: assisting souls struggling to pass over. Debra is a Reiki Master, a qualified Professional Intuitive and recently completed a course in Clinical Pastoral Care. She is a volunteer for Hospice.

What Do We Do In Between Incarnations?
In my conversations with students recently, I’ve found myself talking a lot about an interesting spiritual order called the ‘Third Order’. And whe...
How to Be Scammed Out Of $9000 By A ‘Psychic’
I wanted to share an extreme cautionary tale here on the blog about psychics who claim to help people to remove "curses" and reunite “twin flames”...
15 Signs You’re a Star Seed
I am writing an article about this topic because almost all of the people I’ve read for (and worked with) over the last 13 years have been star travel...