Past Lives and Karmic Connections 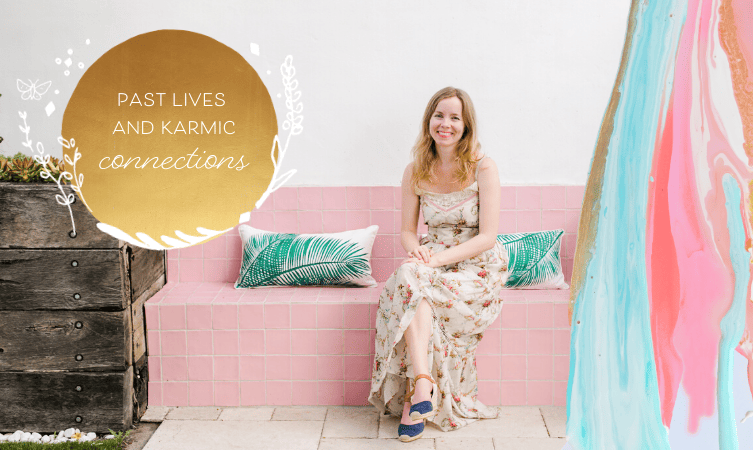 This is the third article in a series of posts about past lives. You can read the first article in the series here and the second here.

Have you ever had a connection with someone that aroused unexplained strong emotions in you – such as anger, fear, longing, shame or guilt? Or a relationship in which every emotion is amplified tenfold?

The type of emotion that relationships bring up is often indicative of what happened between us in the past:

Skeletons in the Closet

I used to have a recurring dream where I would discover human bones hidden in various places in my home, and realize in horror, that I was the one that had killed the person whose bones I kept finding. Later, I became aware of a past life memory in which I had drowned my new-born baby as a young woman in a Far-Eastern country and the shame I felt in the dream was the same ‘flavour’ of shame that I experienced in the bone finding dream.

The relationship I had in this lifetime with the person who was the drowned baby from that life has been filled with anger and guilt.

Another of my past lives that I came across during a regression involved being a woman in Norway during the Middle Ages. (I wrote about this lifetime in my previous article.)

In that life, I lived with my husband on the outskirts of a forest. We were poor but lived in a house owned by his parents.

One day, a powerful man came with some soldiers and said the land we were living on was owned by him, and that we would have to pay taxes to him. We had nothing of value that he wanted so he left empty handed.

He came back a couple of years later to request payment once again and this time we had a cherished baby boy. The powerful man took my baby away with him and although I searched for a long time, I had no way of knowing what happened to him or even where the man came from.

In this lifetime, when I met and became friends with the baby I had lost from that lifetime, I had an overwhelming sense of guilt, and a need to protect the person from misfortunes. That feeling didn’t lift until I did a past life regression to let go of my past life guilt and grief.

Note that our past life patterns will often go back even further than we think: I shared another lifetime with the baby that was taken from me in Norway, and that lifetime also involved me blaming myself for his misfortunes. In that life, my friend was my hot-headed, easy to provoke brother and I was continually provoking and teasing him throughout our childhood. Later, he became a soldier and was killed in a fight because of his passionate, easy to provoke nature. I blamed myself for having turned him into who he was.

Past life work is a beautiful way to take these connections right back to their source.

The benefits of exploring past life connections:

Now I want to hear from you – have you ever had a chance encounter which left you feeling like you’d met the other person before? Do you have unexplained dynamics or irrational feelings in your relationships that you haven’t been able to shift?

How to Heal Past Lives
I have always been fascinated by past lives and keen to explore my own. In fact, I’d say my interest in past lives was the driving force that l...
My Amazing Past Life Discovery
Trigger warning: this article goes into some of my own traumatic past life memories that might disturb some readers.  I have always been very i...
Signs you’ve been a psychic or a healer in a past life
How many of these 10 signs do you relate to? Most of us have at least a few dozen earthly lifetimes under our belts.