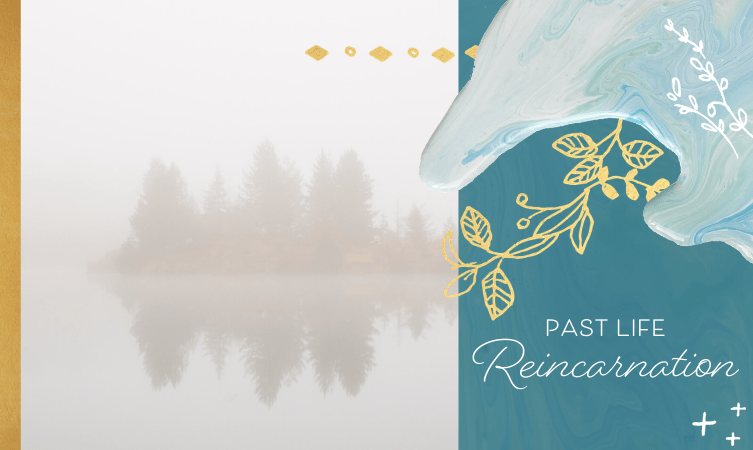 I got onto my path of training as a professional intuitive partly because I was looking for information on possible past life memories.  I have always been incredibly curious about the topic of past life reincarnation.

My Past Life Reincarnation Story

About four or five years ago, I was still living in the UK and I went to visit my mum in New Zealand.  We both went to visit a psychic there (the one and only time my mum has ever visited a psychic…she was not impressed!)  As for me, it was the second psychic reading I had had.

At one point, I asked the psychic about my past lives.  She told me that she saw many past lives behind me, but the most important one that I needed to hear more about, took place in Tuscany.  But she couldn’t tell me more than that.

When I asked my mum what she thought of her reading, she wouldn’t tell me what the woman had said, but she was not impressed.  I told her about mine and she laughed and said “Tuscany – she probably saw that outside the travel agent’s on the way there” (my mum doesn’t believe in past life reincarnation.)

Anyway…I forgot about Tuscany until, a couple of years later, I finally got another past life reading.

In this reading, without telling the reader anything about the past reading, she went straight into a lifetime that took place in…

It started in 1783 and I was a British governess, teaching two children, working for a rich family.  I was also having an affair with the married man of the family.  Their uncle proposed to me and I said no because I was in love with the children’s father. I ended up leaving Tuscany and the situation.  I had kept the karma of that lifetime open, which meant that I was behaving as if I needed to resolve it (even though it was already finished with.)

At the time of this reading, I was teaching abroad.  The bizarre thing was that the situation that occurred in that lifetime was trying to occur again, at the time of the reading.  I was presented with the same opportunity to repeat the events of that lifetime, in a very similar context.

Through closing the door to that past lifetime, I also let go of that old past life situation and did not make the same mistake with the situation that had presented itself this time around.  When I said no to it, I knew I was letting go of more than just the present. I also stopped myself from attracting those situations altogether and healed the part of me that was sending that past lifetime my energy.

Past Lives – Why Explore them?

It can be interesting to hear that you have had a lot of lifetimes as a monk or as a nun but in the end, if you’re really interested in exploring your past lives and past life reincarnation, it’s probably because you have a lifetime that you need to resolve; one that is affecting how you live your life now – in a negative way.

You may be wondering how a past incarnation can affect you negatively now.  Here is the most common way in which a past life affects us negatively:

When something traumatic happens in a previous lifetime, sometimes souls can refuse to let go of it and unconsciously send the old event a lot of energy, because they want to protect themselves from the trauma, grief or guilt of experiencing the same thing again.

Let me give you an example to illustrate what I mean:

Let’s say that you were incarnated in Europe six lifetimes ago, during the witch hunts of the seventeenth century. You told your friend as a joke that your sister might be a witch, and your friend told other people and word got around.  Your sister gained a reputation based entirely on rumour, and was questioned and imprisoned for this and suffered greatly because of a stupid joke on your part. Maybe she was even killed for it.

You experienced a lot of guilt in that lifetime because of something stupid and careless that you said.

As a result, you make a promise to yourself that you would consider the consequences of your words very carefully before you expressed them.  You would not express things in jest without thinking about them first.

You would take the business of communication very seriously…because it WAS serious.

As a result of that promise you made to yourself, in this lifetime you are very, very careful in what you say when you speak to people. But considering the consequences of every utterance probably becomes too much work, so in the end you inhibit your overall communication and isolate yourself from others.  And you’re defensive and vague in your communication and refuse to be pinned down on what you say in case someone extracts something negative out of it.

I made that story up. But it’s a typical example of the kind of promises we can make to ourselves (and others) when we have really screwed up.

Then, when we have another reincarnation, we remember a past-life promise and can continue to fulfill them even when we have learned that lesson.

In the example of the story above, the person who made a dangerous joke about a family member does not need to be reminded of that past-life promise ten times a day, and they have definitely integrated the lessons of that lifetime – they have learned not to make irresponsible jokes in societies where there is a lot of religious fanaticism.  That’s not her lesson this time around, because she’s not living in that kind of society this time around.  Yet it still dictates how she lives and makes her behave in ways that stop her from enjoying her life.

What Can Be Done About This?

Past life healing can impact on and improve a person’s emotional and mental life, which in turn impact on the choices you make and the life you create – including in future reincarnations.

There are other ways to clear out past life blocks, like through self past life regression, although I’m not sure how much insight you’d be able to gather through doing it yourself.

Occasionally someone gets it into their head that they were a famous historical figure in their past lives.

I’ve done just over thousands of readings and although I’ve read for clients who have belonged to ruling families or tribes in certain areas of the world at certain times, I’ve not come across any clients who were famous monarchs or historical figures that I know of. The closest I have come to a historical figure that I recognized was a client who was affiliated with George Fox, who founded the Religious Society of Friends (The Quakers).

The interesting thing that I have learned through doing past life therapy is that it seems we go through the whole contrasting gamut of possible experiences, for learning and expansion.  Just because someone is a positive person now doesn’t mean they haven’t tried out the other end of the spectrum, and that goes for most people.

If you would like to read more on the topic of past lives, I recommend Dr. Brian Weiss’s book Many Lives, Many Masters

– it features some very riveting past life stories.

Lessons From My Past Life As An Oracle
Recently I did a past life regression session as a client, and discovered a past life I had in Ancient Greece. I'm going to tell the story of that...
Past Lives and Karmic Connections
This is the third article in a series of posts about past lives. You can read the first article in the series here and the second here. Hav...
We Weren’t All Cleopatra: 3 Things I’ve Learned About Past Life Regression
As a student (and client) of past life regression, I find this discipline to be endlessly fascinating and a source of great learning. This arti...