The Man in the Attic – Results of Intuitive Experiment #24 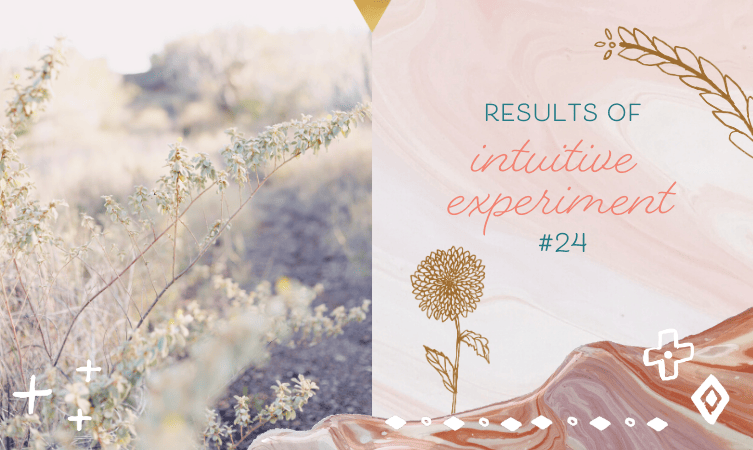 So, who were the two people in the 24th Intuitive Experiment? 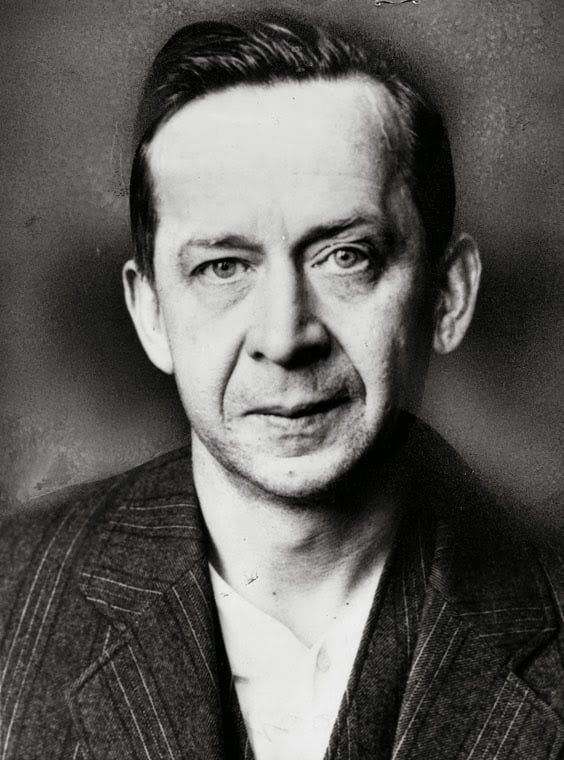 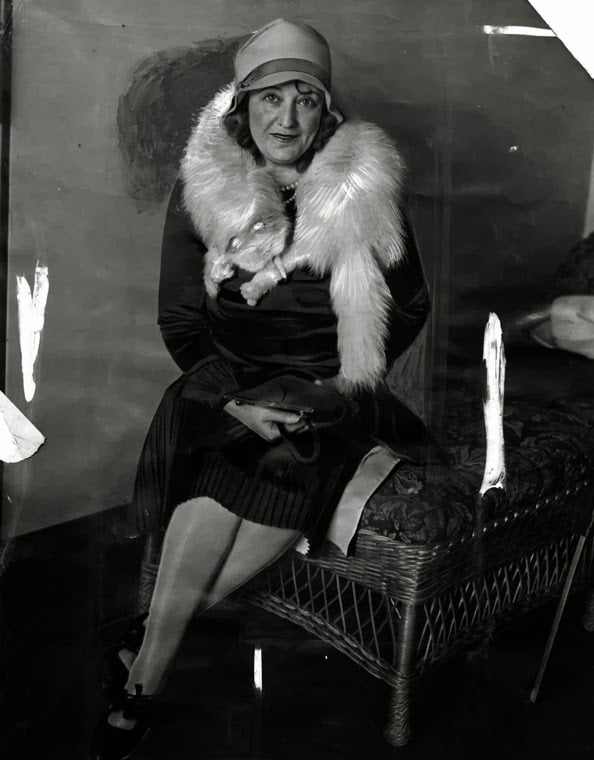 There is a rather outlandish and entertaining story behind the identities of these two people!

They are Walburga “Dolly” Oesterreich and Otto Sanhuber, a pair of lovers whose extremely unusual extramarital relationship sparked a scandal that electrified 1930’s society. This is definitely a “life-is-stranger-than-fiction” kind of a story, and its very oddity has secured their legacy to this day.

Born in 1880, Dolly was the daughter of a German immigrant, and grew up on a poor rural farm in Wisconsin, US. In her early 20’s she married Fred Oesterreich, a successful and wealthy apron manufacturer, but theirs was hardly a life of wedded bliss. Her husband was a heavy drinker, and Dolly had a far more active libido than Fred was able or inclined to satisfy.

Soon enough her eyes began to wander, and in 1913, when Dolly was 33, they alighted on 17-year-old Otto Sanhuber, a sewing machine repairman who worked at her husband’s factory. Dolly’s sewing machine was soon in need of repair, and when Otto was sent to her house to do the job, she greeted him at the door wearing only a silk robe and a smile.

It wasn’t long before they were whiling away many happy hours together – at first in local hotels, and then in Dolly’s own marital bed. But despite her explanation of Otto as a long-lost relative, it was only a matter of time before the neighbours became suspicious of his frequent visits to the house, and a more efficient solution was required.

It was at this point that Dolly had a brilliant idea – Otto would quit his job and move into the attic of her home full-time. Her husband Fred never went up there, and this way the lovers could both get what they wanted. Dolly would have Otto living under the same roof as her, and Otto would be able to live his dream of writing pulp fiction. The new arrangement was quickly settled, and despite a few close calls, Otto’s residence went unnoticed for the first five years.

In 1918, Dolly’s husband Fred wanted to expand his business by moving to Los Angeles. Dolly agreed to the change, on the sole condition that their new house included an attic. She sent Otto to L.A. in advance, and once they were settled into their new quarters, the bizarre situation carried on as before.

Everything went well until 1922 (in the ninth year of Otto’s occupancy), when Dolly’s dissatisfaction with her marriage to Fred reached a crisis point. They fought frequently and with increasing violence, and on August 22, during a particularly contentious argument, Otto became concerned for Dolly’s safety. He came bursting out of the attic, a revolver in each hand, and shot Fred three times in the chest – killing him on the spot.

In an attempt to make the crime look like a break-in, Otto hid Fred’s diamond watch in the attic, and locked Dolly into a closet. When police arrived, they couldn’t explain how she could have murdered her husband from that position, so she was able to avoid arrest. Dolly inherited her husband’s estate, and used the proceeds to buy herself another house, with yet another attic to accommodate Otto.

After Fred’s death this arrangement hardly seemed necessary, but it continued anyway, because their relationship had by this point become one of dominance and submission, and Otto later reported that he regarded himself as Dolly’s “sex slave.” He had also come to love her “as a boy loves his mother.”

The Truth Comes to Light

Dolly began dating her attorney, Herman Shapiro, and began making damning errors in covering up Fred’s murder. She gave Shapiro the diamond watch that had supposedly been stolen during the event, and asked another lover, Roy Klumb, to dispose of one of the revolvers in the La Brea Tar Pits. She coaxed a neighbor to get rid of the other gun, and he buried it under his rose bushes.

After a volatile breakup Klumb told authorities about the weapon, and Dolly was finally arrested. But it was still difficult to explain how she had been locked inside the closet during the murder, so the charges were eventually dropped. During the hearings, though, Dolly asked Herman Shapiro to bring food to her “vagabond half-brother” up in the attic, and the penny finally dropped for Herman. He threw Otto out of the house that very day. Dolly and Herman Shapiro separated in 1930.

Meanwhile, Otto left L.A., moved to Canada, and got married. 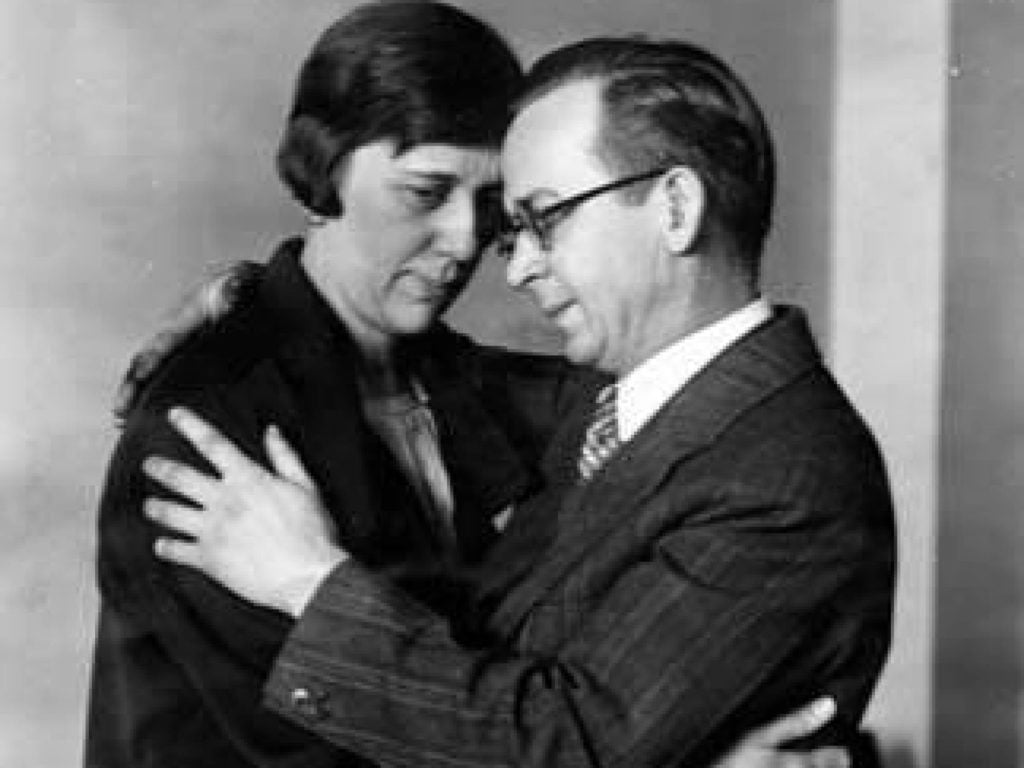 Herman Shapiro eventually told the police what he knew about the man in the attic, and both Otto and Dolly were arrested. However, the seven-year statute of limitations on manslaughter had recently expired. Because Dolly was a sympathetic figure, her trial ended with a hung jury, and the police decided not to try her again.

During the trial the media dubbed Otto Sanhuber “The Bat Man of Los Angeles” due to his bat-like living arrangement in the attic. This was prior to the creation of the comic book hero, and did not have the same heroic connotations. He was viewed as a sexual deviant and a “perjurer of his own soul,” and later served as inspiration for Neil Patrick Harris’ character in the 1995 movie The Man in the Attic.

Dolly found herself yet another lover, remaining with him for the next thirty years, and eventually marrying him. She died a free woman in 1961, but her unique and eccentric legacy has followed her into history. As the L.A. Times pointed out in 1930, “It must be admitted that fiction has been outdone again.”

Many of you made references to a Bonnie and Clyde type of relationship between Otto and Dolly, and to the idea that they might have spent time in prison. It is certainly true that they shared a scandalous romantic relationship that resulted in a crime and in arrests for both of them, and readers may have been picking up on that dynamic.

Both were certainly outsiders in their behaviors and beliefs, and Otto did spend most of his time in a very confined situation, even if it was mostly voluntary on his part. He was indeed a writer, or at least aspired to be, as one person correctly noted.

As some readers also pointed out, the couple was overly obsessed with each other, and their connection was an uneasy balance of lover, mother, son, and “vagabond half brother.” Dolly served as both sex partner and dominant parental figure to Otto, and together they lived a life full of secrets and deception that proved to be fatal to her husband.

Several of you picked up on the inappropriate relationship the two shared, and on their double and deceitful life together. One reader mentioned the names Fred and Herman, which most likely refer to Dolly’s husband Fred and her lover Herman Shapiro. A reference to Batman may be a hit on Sanhuber’s derogatory moniker “The Bat Man of Los Angeles.”

Dolly was indeed a free spirit, somewhat detached from reality, and yet her likeability and appeal helped her to avoid justice on more than one occasion, and to find romantic relationships throughout her life, despite her outlandish behavior.

All in all, there were quite a few accurate and specific hits here.

Well done specifically to Kim, Monica Ann, Krysti, Anju, Jo, Kelly, Mon and Yogesh, who were dead on or not far off with the majority of their insights.

If you did not do well on this one, I hope you’ll have another go next time. Practice really is the most important component for improving on these exercises.

A couple of questions for those who took part:

Who Was Mystery Person #28?
The person in this experiment is Svetlana Alliluyeva, the only daughter and last surviving child of Joseph Stalin and his second wife Nadezhda All...
Results of Intuitive Experiment #5 – How Did You Do?
The lady in the picture for intuitive experiment #5 is Huguette Clark, an American copper heiress. She was born in 1906 in Paris and died i...
Intuitive Experiment #32 – Flex Your Intuitive Muscles!