It’s OK to Be Right Where You Are 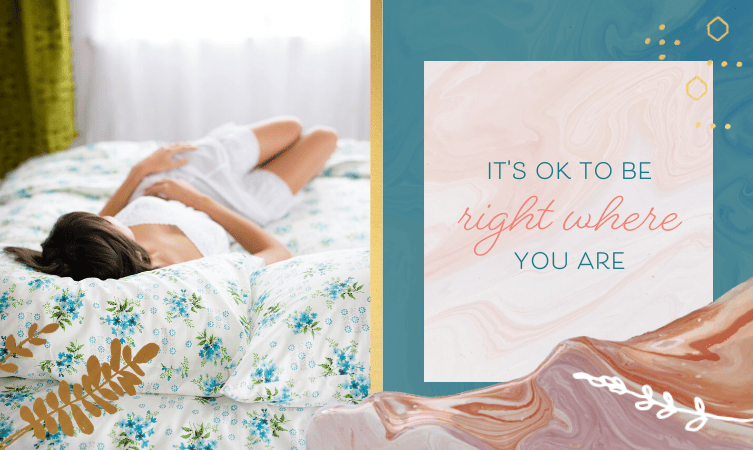 One of the enjoyable things about having a connection to the universe, to one’s guides, or even just to one’s true feelings, is getting little synchronicities or feelings of ‘rightness’ that tell you you’re right where you need to be.

I’ve had many of these before in my life – little ‘nods’ from the universe, followed by a satisfied feeling in my heart and my soul, that I belonged right where I was at that moment in time.

Sometimes those moments don’t make any sense until later. I recently had one of those little ‘nods’ when I was considering taking a house sit in Dorset, UK in August. It was a house sit looking after 3 geriatric felines. It wasn’t as nice a place as some of the other house sits I was offered for the same time period, but my Spirit Guides stepped in and told me I ‘needed’ to take this one in particular.

Soon after my arrival, I wondered if my guides were screwing with me, because it was the house sit from hell.

The house was infested with fleas and I had to spray myself with anti-malaria strength insect repellant to avoid the bites (although I still came away with dozens of bites to my legs.)

Plus I managed to bring the fleas to my sister-in-law’s house, and my poor 4 year old niece started her first day of school absolutely covered in flea bites!

Then the boiler broke down, and I had no hot water or heating. The boiler kept making loud banging and squealing noises in the night which was not very restful. The cats were incontinent. One had dementia, frequently got confused and would cry loudly at night. There was a fire alarm that kept beeping for no reason and there was no way to disconnect it. Plus the home owners had left the place in a very dirty condition.

The silver lining was that I got chatting to the plumber who came to fix the boiler, found we had a lot in common, and we ended up having a lovely, fun, and exciting relationship, that was a ray of sunshine in my life, and his, too.

When You’re Not Where You Want to Be

Conversely, there have also been the times in life where I clearly know I’m ‘off track’ and not where I want to be. When I’m going in the wrong direction or down a big old, dead end.

My guidance does not beat around the bush at those times. The feedback is clear – things stagnate. I feel uninspired. My spirit guides go quiet. My creativity packs up. I feel miserable and stuck.

Now is definitely one of those times.

I’m currently in New Zealand and it is very obvious to me that I should not be here anymore.

New Zealand and me have always had a complicated relationship. I was born and grew up in the UK, but when I was 19 my whole family moved to NZ without me. I was at University at the time and stayed behind.

Then when I was in my early twenties, I flew to NZ. At first I thought I was there for a holiday, but I wasn’t – I wanted to live there.

Soon after my arrival, I decided I was going to get my NZ residency, and so I embarked on a 7-year long journey towards getting permanent residency through my business. This journey took not just a lot of time, but also a huge amount of money.

The decision to move there was wrapped up in a very complicated grief journey that took me years to work through. I grew up in a very dysfunctional family in that one of my parents was personality disordered and abusive.

In 2011, after a year of constant family drama and awfulness, I realized the negatives far outweighed the positives, and I knew I needed to cut ties with most of my family of origin. I had to learn to live on my own, free of the toxic drama and dynamics.

There ensued about 4 years of grieving. It was a very solitary, isolated time, where I focused on my business and lived alone with my cat in a secluded house surrounded by lots of trees. I loved that house. I did a lot of gardening and walks in nature. 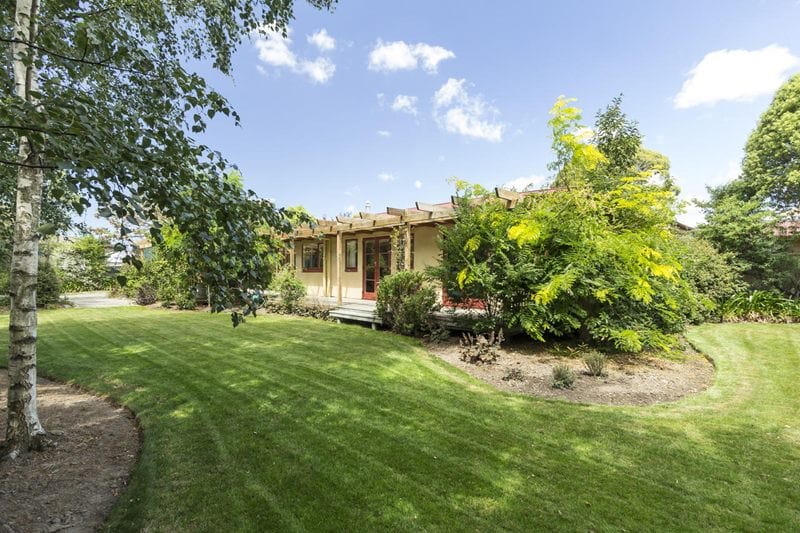 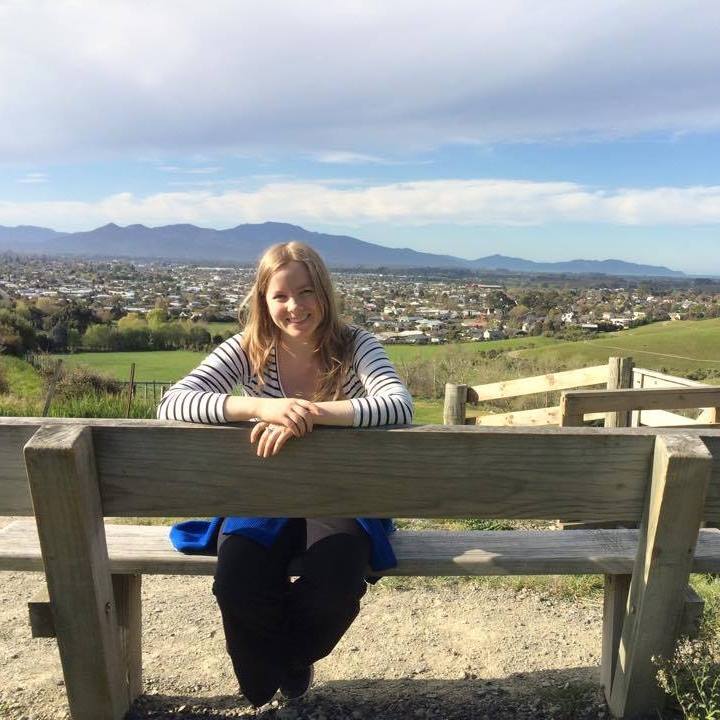 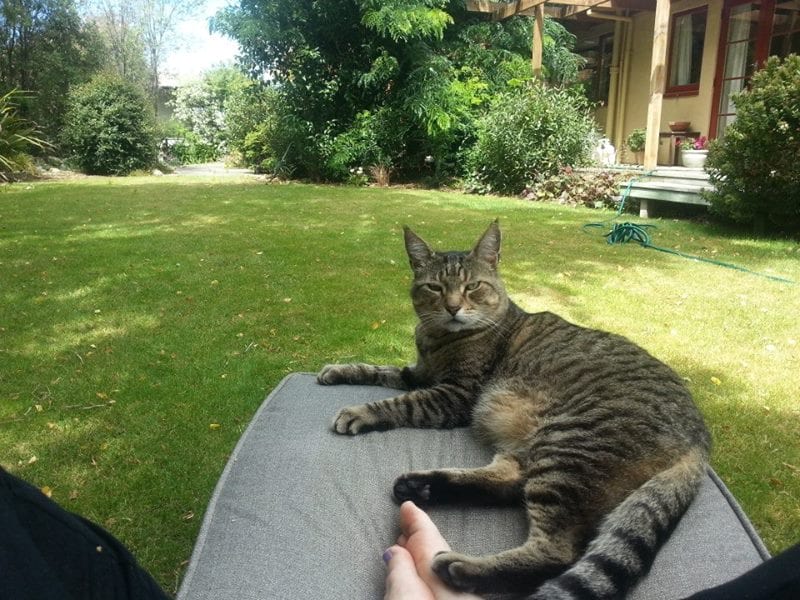 And I was very intent and focused on being in New Zealand. I was not going to leave and I was going to get my residency. There was a strange determination in that, which seemed over the top. It was over the top because I felt like I would rather die than leave.

Looking back, I needed the peace, the safety, and the natural environment to grieve and heal. I wasn’t ready to cut ties with the country my family of origin lived in.

By 2015, I was ready. I came out of my grieving process around that time. I got my residency, left New Zealand a month later, and went back to the UK.

I started craving more company and community. In the UK, I met my 2 nieces and my brother’s ex-partner Debbie. I was there when my niece Isabella was born. I became very involved in my nieces’ lives. 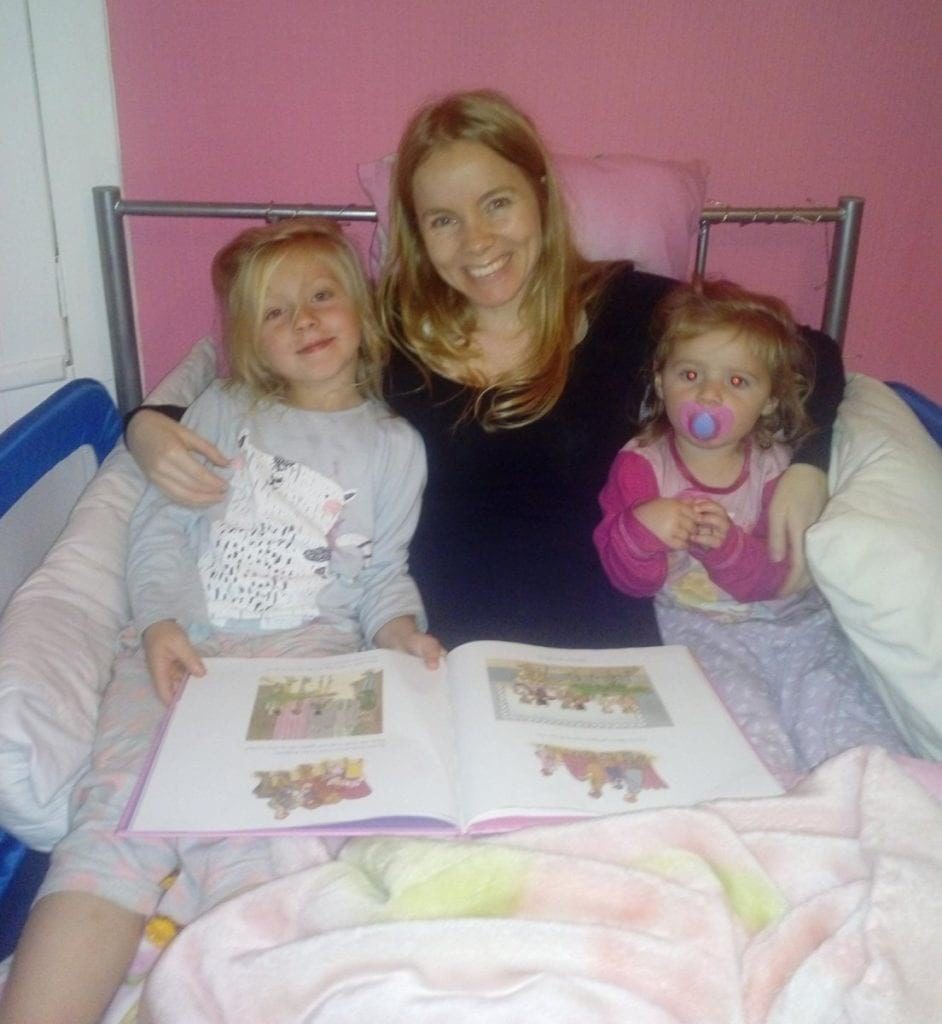 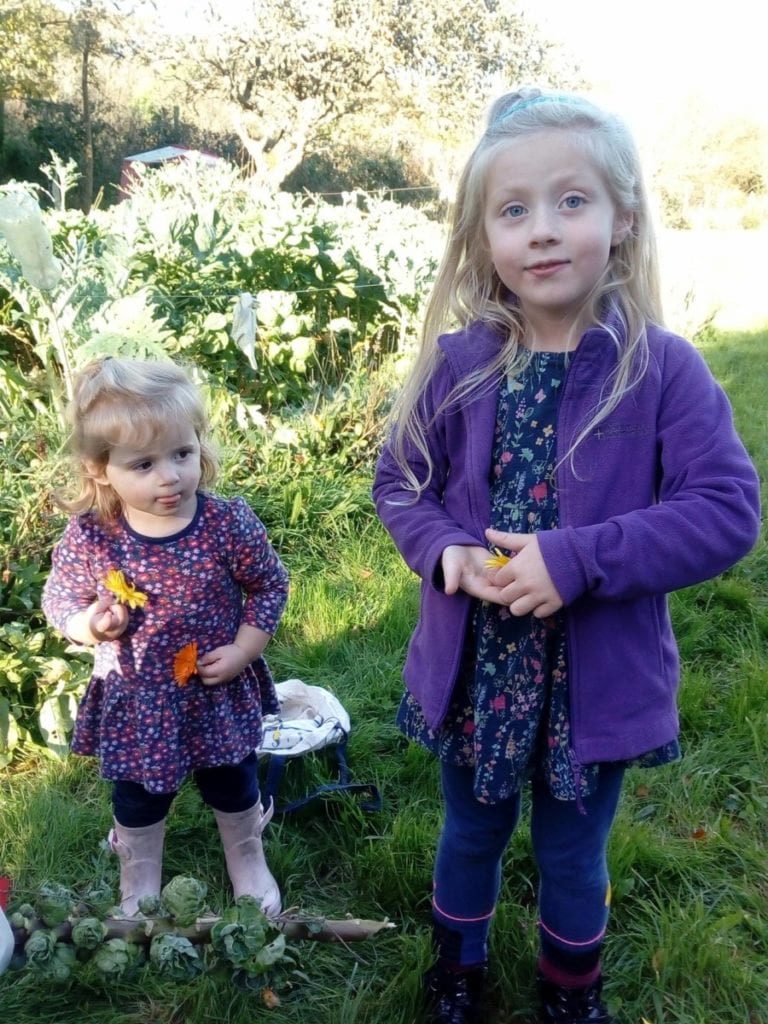 The silver lining of letting go of the old family is that I found new family members that had a loose connection to the old family, but without the drama and negativity. I sometimes see my brother’s facial expressions in my niece, or my mother’s gestures. But that is as far as it goes in terms of being connected to the old family.

And then my ties to New Zealand loosened and this place started letting me go. It was gentle and gradual. And by the time I arrived back in New Zealand in November after 6 months away, it was clearly not my home.

I came back because it’s necessary to “show commitment” to New Zealand, and spend 6 out of 12 months in the country for 2 years after you get NZ residency, in order to keep it. And so I’ve been doing that.

I have got to be here from November 2017 until May 2018 if I want to keep my residency and have it for life. Then in May 2018, I can leave NZ with my permanent residency and never have to come back again.

My guides are telling me:

You could have thrown in the residency towel ages ago without negative consequences for your life.

My head is telling me:

I can’t believe you invested several years of your life and tens of thousands of dollars in this process and then fall at the final hurdle? I can’t believe you are thinking of passing all this up? Some people would give their right arm to live in such a paradise! 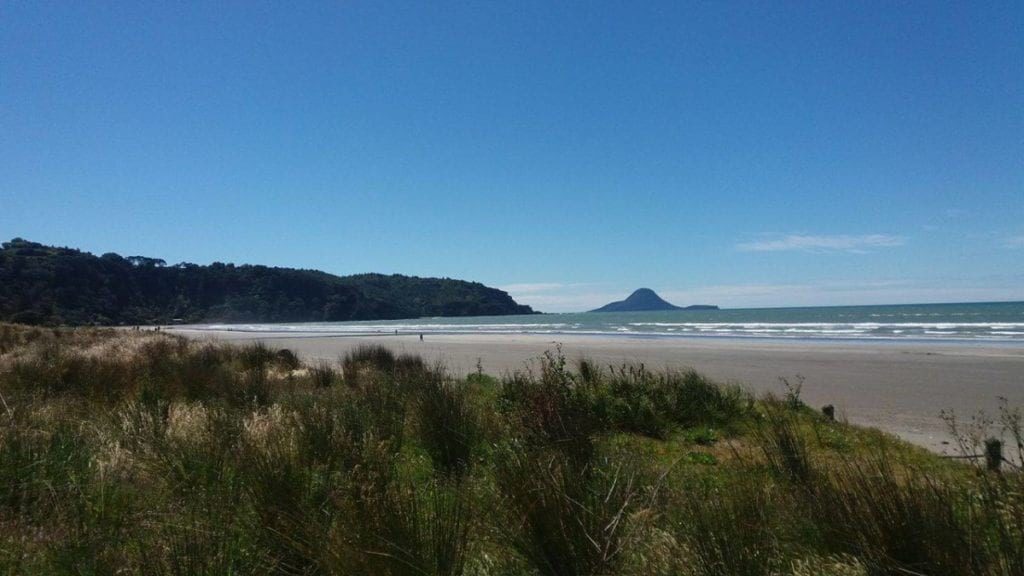 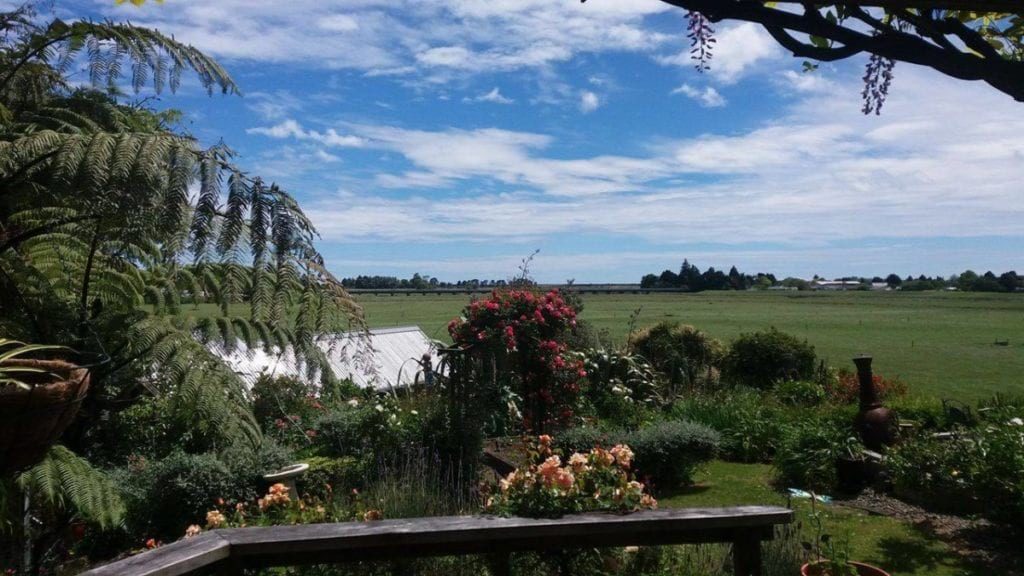 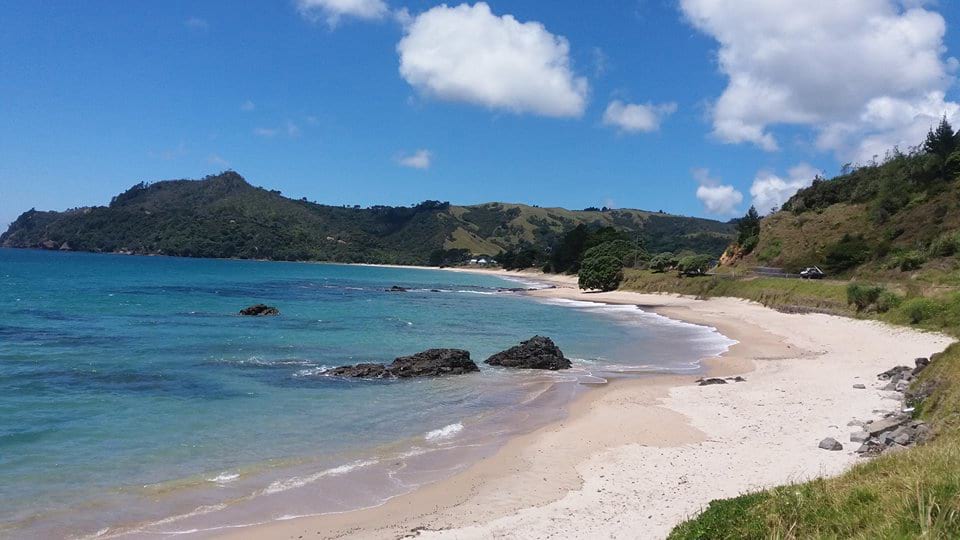 My heart is telling me:

You no longer want NZ residency. It wasn’t wasted time or money. How about spending the winter in Spain or somewhere close to the UK, so you can go back to visit your nieces often?

What will I do? I don’t know if I have the guts to follow my heart and leave, passing up something I worked so hard for. Maybe the feelings of wrongness and stuckness will get so overwhelming that I’ll do it.

Here’s what spirit told me today, and I wanted to share in case there is anyone else here going through a similar transition:

It’s OK to move into another phase of life.

It’s OK to decide you want something different.

It’s OK to start disliking something you used to love.

It is OK to be where you are.

My life fell apart two months ago. The Anna you knew no longer exists…
Ok, I admit this is going to be a rant. But it’s a very necessary rant. Recently I found myself not wanting to write anymore for the first time...
What I Have Learned on my Travels over the Last 365 Days
My students and readers sometimes ask me where I am in the world these days. I have been feeling a bit disconnected from readers of this blog, and...
A Spiritual Journey Around New Zealand - A Photo Diary
From time to time, readers of this blog email me letting me know that they will be visiting New Zealand (or planning to emigrate here) and asking ...