Are Women More Intuitive Than Men? 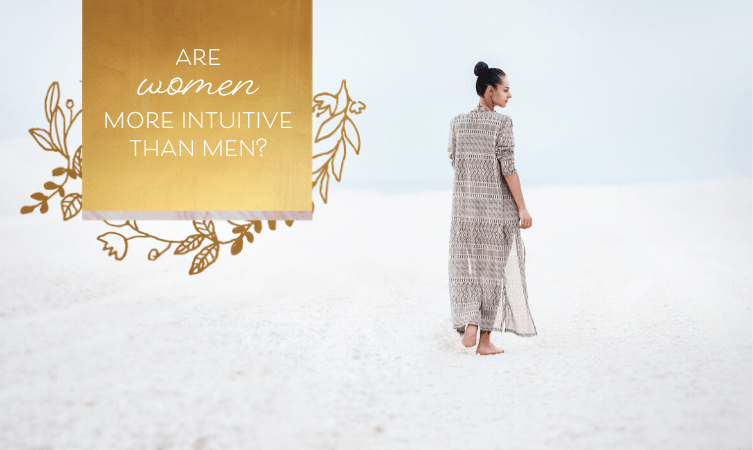 I don’t think that women are more gifted than men in the area of intuition. But I do believe that more women are open to their intuition and interested in developing it than men are.

As for why women are more open to their intuition and more interested in it, I can’t say for sure. I wonder if openness to intuition could be an overall inherent tendency for women.

Interestingly, when I think back to the times when I have encountered real resistance to what I do, and negativity from people around that, it’s usually from men. But of course, this is all based only on my own experiences.

I find that culture is a bigger factor than gender when it comes to openness to the spiritual world.

For example, in our Western society, there is a great focus on logic and reason – I find that the British in general are more closed to the idea of intuition than other cultures, such as Indian or Arab cultures.

I used to teach English to foreign students and I remember one afternoon, the topic I chose for discussion was: ‘have you ever seen a ghost?’ I had covered this topic with other classes before and usually there would be an equal number of people who believed in spiritual phenomena and people who didn’t.

I had a lot of Saudi Arabian males in my class and I was surprised to find that all of them believed in the spirit world, and in ghosts (which they called djinn in Arabic.)  They were, of course, Muslim and when I did some research on this concept of ‘djinn’, I found that the Koran says the djinn are a race of spirit beings who exist on Earth alongside human beings.  It seemed very similar to the concept of earthbound spirits or ghosts that I wrote about recently.

So, all of the men in my class were open to the idea of the paranormal and the spirit world, which was unexpected. They also seemed to accept that some people can contact the dead. It was unusual for me to encounter a whole roomful of people who believed in this. This showed me that openness to subjects such as the paranormal has a cultural element that doesn’t have to have a lot to do with gender.

But I digress a little with this point – I don’t know if those Saudi guys were more intuitive than the average western male, simply because they believed in ghosts.

On an interesting side note, I have also found that men and women tend to have different gifts (note that there is not just one psychic ability or type of gift – there are several.)

In 2008 I did several hundred free mini readings for readers of this blog, where I used to tell readers what their primary and secondary intuitive gifts were, out of clairvoyance, clairaudience, clairsentience, and claircognizance.

The only difference between men and women that I noticed was that more men seemed to be claircognizant, which is interesting because claircognizance works like an ‘intellectual download’, where you just ‘know’ something or get a piece of information.  So claircognizance is really a function of the intellect.

Those are my thoughts on this topic. What do you think – are women more intuitive than men?

Is It OK to Use A Ouija Board to Get Spiritual Guidance?
I wanted to write an article about why you shouldn’t use ouija boards to get spiritual guidance because it seems occasionally people use ouija boa...
Should You Pass on Psychic Messages to People You Don’t Know?
I wanted to write about this because it's something people ask my advice about, from time to time. Personally, I do my best to be 'switched off...
Is Psychic Development Dangerous?
Several years ago, when I was living in Spain and teaching languages, one of my lovely Spanish students, Maria, invited me out for the day.  We li...