When I was 18, I left school and I got accepted to read French and Spanish at the University of Oxford. 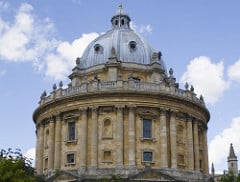 Going to University was a shock in some ways because I became immersed in a very left-brained, structured world that scoffed at intuitive abilities, as they were not scientifically proven. I felt like a fish out of water! And so at that time, I mostly forgot my interests in the paranormal.

In my second year at University, I lost the Christian faith when I had a bad experience with an evangelist Bible Study group who told me I was under psychic attack from the devil and needed to save my family and friends from Hell. I told them I was leaving the Bible study group and never went back to their Church.

I had well and truly lost faith in the Christian Church, although I knew I still had a connection to the Divine. I also knew God wasn’t angry with me for turning my back on the Church, even though my Christian friends told me he was. I realized at that time that a connection to the Divine was not dependent on a Church or another person. I was warned that I would soon depart from the ‘righteous’ path and that I’d descend into sin, but it never happened (anyway, that was something that I’d already done and got the t-shirt to prove it, while I was in my late teens 😉 ).

I was surprised to find that my conscience was still intact and not something that depended on the Church to exist.

My Introduction to Spirituality

Rather synchronistically, at this time, I came across a book called Conversations with God

I was actually browsing the Christian section of a bookshop and took this book home without knowing that it was not Christian at all.

If you don’t know this book, it’s written by a man called Neale Donald Walsch who is having a rough time and rather despairing in his life and so he writes a letter to God. However, he feels compelled to write a response and finds that he’s talking to someone who is extremely wise, who is writing through him – who says he is God. This being continues writing for three books. I read all of them.

In these books, I discovered the idea that the Divine or God energy is not a man who is sitting on a cloud, judging us from on high. Instead the divine is in every single person, animal, living thing that exists. The spirit of God is everything – we are pieces of God. Wow. I was stunned by that idea. I later learned that many other cultures, such as the Aborigine and Native American Indian cultures believed that everything that existed was a piece of God and that we were all connected parts of God, like leaves on a tree. This was such an incredible idea to me. It gave me a new sense of self and stopped me feeling like a miserable sinner (which was how I felt for a long time).