All About the Hadarian Starseeds – Do You Belong to This Group? 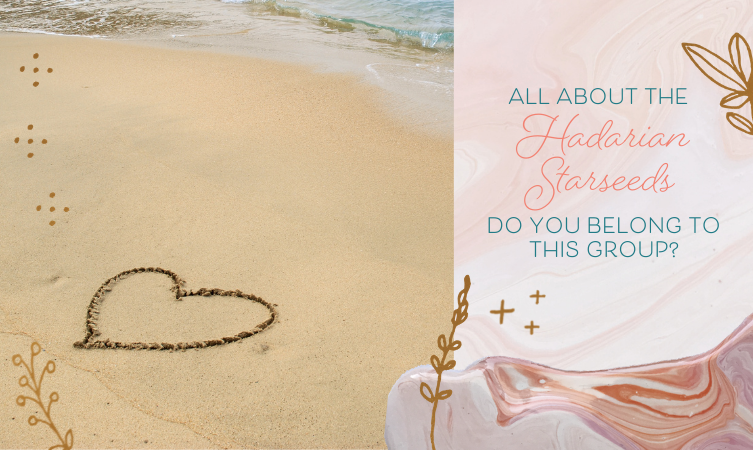 In this article, I am going to share an excerpt from my book ‘The 22 Starseed Groups‘. This is a book which covers all of the starseed groups that I know of. In this excerpt, I’m going to cover one starseed group, the Hadarians. The Hadarians are star travellers or Starseeds which means that on the soul level, they are not native to Planet Earth – they spent their formative incarnations elsewhere.

Souls who have spent the majority of their formative incarnations in Hadar, are called Hadarians. (Hadar is a planet in the Beta Centauri star system.)

Have a read of the information below and see if you might fit into this group, or perhaps someone you know does!

Here’s the most defining thing about the Hadarians:

Hadarians are bringers of the energies of Divine Love.

If they had a motto, it would be “all you need is love”. Love is usually the most important area of life for any Hadarian. to get an understanding of the kind of energy that this soul group works with, imagine a mother looking lovingly at her child. She sees her child through the eyes of love because it is her child. That is how Hadarians see the whole human race, with love.

The collective purpose of the Hadarians as a group is actually to teach us about all the different aspects of Divine Love that we can experience on Planet Earth, such as connection, co-creation, community, grace and togetherness.

As a soul group, Hadarians bring Divine Love in two different ways: they radiate and give love in their personal interactions with others when they are incarnated here. When they are not incarnated, these souls see it as their mission to raise the vibration of Planet Earth, and to achieve this, they are sending out Divine Love to Planet Earth, so that we may be reminded of the existence of Divine Love, at times when it is needed here.

Hadarians are creative and playful and they have a quality of innocence, softness and purity in their way of being that endears them to other people. They have sensitive, tender hearts and they share them openly with others. Princess Diana was a Hadarian. She found it easy to connect emotionally with others and she brought a sensitivity and sense of empathy into her interactions with others, and that was why she was so loved.

Because Hadarians bring the energies of community spirit, co-operation and togetherness, they prefer to be surrounded by others, and they do not like to be alone.

Hadarians can suffer because of what they see in the world. They feel the lack of love on Planet Earth very deeply. They often feel that life here is very harsh compared to life in their home world, and as a result they may feel quite alone. Hadarians are learning not to be discouraged by what they witness here. Being discouraged may mean they radiate their loving energies less strongly, which in turn means they do not contribute as much to this planet as they might otherwise, had they not become discouraged.

Because Hadarians have so much to give and because they bring so much love to the earth plane, whenever they are incarnated here, they have historically tended to attract the attention of energy vampires. In psychological terms, this means narcissists, sociopaths and the like – essentially, controlling and abusive people who seek to drain others and give nothing in return.

Because Hadarians are such pure, loving souls who think the best of others, they are easy to take advantage of. Because Hadarians unfortunately have a long history of attracting energy vampires and narcissists, they have frequently been oppressed and abused in their past lives as a result.

Consequently, as a group, many Hadarians hold an illusion of victimhood in their collective consciousness – the illusion being that they are powerless and that they are not in control of their lives. They often doubt themselves, their value and their power to contribute anything positive or effect change in the world. However, this is not an accurate reflection of their identity and abilities.

Although Hadarians are here to teach us about Divine Love, they don’t tend to be happy with how their love relationships go.

The love that the Hadarians bring is unconditional and completely pure, but it doesn’t often translate well into human relationships. This is because Hadarians love unconditionally and give unconditionally. When things go wrong in their personal relationships, Hadarians react by bringing even more love to the situation or to the person in question. In some cases, this is an excellent response and in other cases (where the other person involved in the relationship does not have good intentions), it can be disastrous, because it can result in the Hadarian being trampled on and taken advantage of.

A typical Hadarian reaction to being in such situations would be to bring even more love in the hope that the unfair treatment would stop. However, in scenarios such as these, what is usually needed is a dose of self-love (and ‘tough love’). ‘Tough love’ is a kind of love that is foreign to Hadarians because their brand of love is unconditional – the kind that might urge the Hadarian to stay with the person who is abusing them!

I mentioned earlier that Hadarians hold an illusion of victimhood in their collective consciousness (the idea that they are powerless and not in control of their lives) due to past life experiences of injustice and oppression. The extent to which each Hadarian is personally affected by this past life ‘hangover’ varies from one Hadarian to the next. A few Hadarians are barely affected, while others are heavily affected. Most are somewhere in between.

Here are some signs that a Hadarian soul is greatly affected by past life experiences of oppression that are common to his/her soul group:

Hadarians have been incarnating here on Planet Earth for around 60,000 years. The average number of earthly lifetimes for Hadarians incarnated now is 100-110, and this soul group makes up around 0.5% of the world’s population.

There were many Hadarians present in the USA during the times of the American Revolution and the American Civil War. This is a group that has strong links with the abolishment of slavery in the USA and many of them have been slaves in past lives. Their role during that time was to attempt to counterbalance the dehumanisation of African American people by bringing Divine Love to others and reminding us that we are all the same. We all bleed the same blood and breathe the same air.

This was a huge task, and you can see why the Hadarians are inclined to become so discouraged when faced with the lack of love on this planet, and the scale of their mission to counterbalance this.

When faced with the harshness of the world, they can feel as if they have been ‘cast out into the wilderness’, and they may long for their own home world.

Hadarians are amazingly caring and loving individuals who have a great deal to offer in their relationships and indeed any setting where they come into contact with other people. As a group they have had an important role to play here in bringing the energies of Divine Love throughout human history, and they are a highly respected soul group.

I have found that the Hadarians who are incarnated here at the moment are working very hard on shedding the illusion of victimhood and the idea that others are more powerful than they are. One of the ways they are doing this is by choosing their relationships carefully and surrounding themselves with people who lift them up and love them back. This is really important for Hadarians.

If you’d like to find out more about the other 21 soul groups, check out my book – The 22 Star Seed Groups! 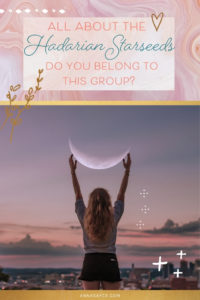 Why Do People Dream?
It is widely accepted that dreams are a way for the unconscious mind to communicate with you - that part of you that holds unconscious feelings, t...
The Hall of Akashic Records
The Hall of Akashic Records is an energetic ‘place' or realm which holds all the memories and records of our souls. All the events, words and thou...
Can Cats See More Than Us?
By Debra Reeves. I've always had cats. I love cats. I also love how sensitive to energy they are. A cat will come and sit on you if you’re sad....