3 Ways to Develop Your Clairvoyance 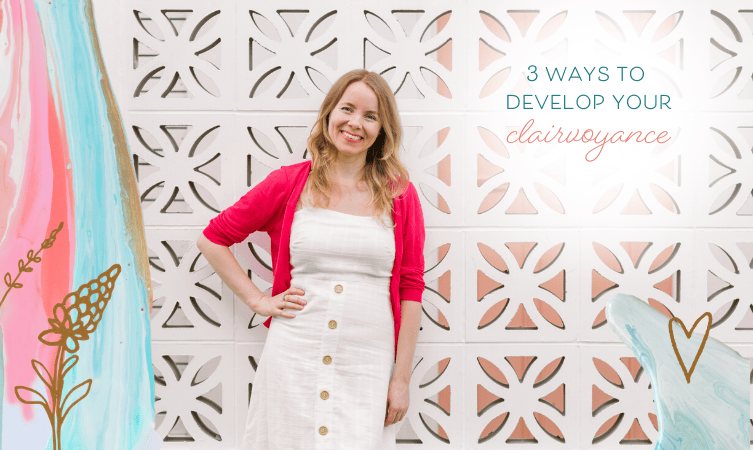 How many of the following statements do you relate to?

If you answered yes to at least 4 of the above, you most likely have some degree of clairvoyance.

Clairvoyance is the ability to see Spirit – clairvoyants can see auras, spirit beings, and can receive visual metaphors or symbols which constitute spiritual messages.

Why The Gift of Clairvoyance Often Gets Repressed In Childhood

Many of my students have some degree of clairvoyance, but it is often a latent or repressed gift that requires some development.

What do I mean by repressed? Well, some of us are born clairvoyant, but we often lose it as we grow up, because of social conditioning or even scary experiences. I remember shutting down my own clairvoyance around the age of 5, after seeing spirits. When I told my mother about these experiences, she seemed really concerned, and almost a bit disturbed about it. I took that on board and as a result I just stopped seeing the energies around me. Later on, I had to work to open up my clairvoyance. And so below I have outlined 3 methods I used successfully to stimulate and develop mine.

Did you know that crystals can be a powerful aid for developing clairvoyance? It sounded far-fetched to me when I first heard about it, but now I am a convert.

In 2007, I was working as a teacher at a language school in Spain. I remember at this time I was very interested in opening up my psychic side and I had a beautiful necklace that was made of large lapis lazuli stones (similar to the one shown below.) 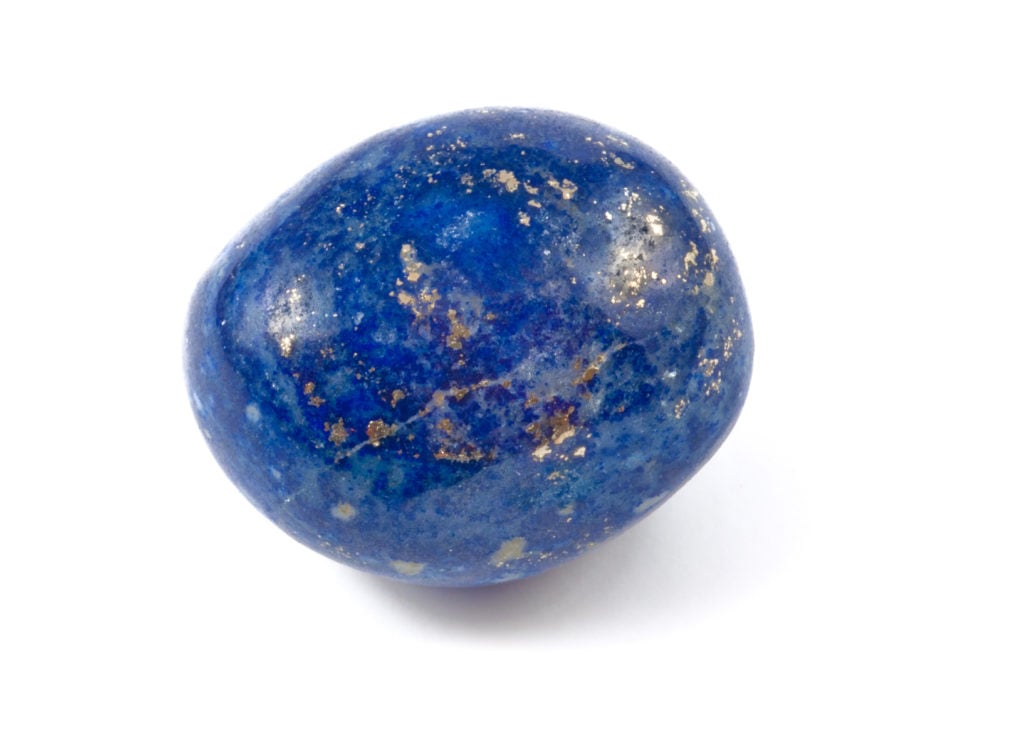 It was rather heavy so I didn’t wear it much, instead I used to place it over my third eye at night, because I read somewhere that putting crystals over the third eye chakra can be good for opening up psychic abilities.

When I started doing this, it definitely opened up my clairvoyance and it all kicked off with a mediumship experience:

One night after using my lapis lazuli, I felt like something or someone was trying to wake me up by bumping me on the head. When I did wake up, I saw there was a spirit with me. He was presenting as a man with dark hair and a beard – I could see him very clearly in my mind’s eye.

In a flash, he showed me a very specific scenario, which was almost like a movie scene – in this scene, the spirit of this man was in a camper van or an RV with a woman who seemed to be his wife. He showed me that he was leaving the camper van.

The next thing he showed me, was that my boss at the language school was getting into the van with this woman, essentially replacing the spirit as her husband.

The spirit then said to me: “I wasn’t able to take my wife on holiday in our camper van, but I am so happy your boss did”.

I was quite puzzled by this message – I didn’t know anything about my boss’s personal life but I did know that he was open to spiritual stuff. And I felt it had to be meaningful. So in the morning I put aside my apprehensions and told my boss what I had ‘seen’ the night before.

He explained that the spirit was undoubtedly his wife’s first husband, who had died of cancer at a young age. My boss’s wife and her first husband (i.e. the spirit I encountered) were planning to spend an extended period of time travelling around the US in an RV when he became ill. And of course, they sadly never got a chance to go on that trip as he passed away.

When she met her second husband – my boss – they went on that trip that she had been unable to go on with her first husband.

This was just one of the crazy clairvoyant experiences I had when using lapis lazuli to open up my third eye. In case you’re wondering what I did, I used to lie down and leave it on my third eye for about 20 minutes. I would then meditate for a while with this crystal sitting over my third eye – I remember it would get a bit hot and tingly!

Other crystals believed to be effective for opening up clairvoyance include amethyst and fluorite.

Bear in mind that different crystals work for different people, so if you’re interested in using crystals to open up your clairvoyance, you might like to go into a crystal shop with the intention of finding the right stone to help you. You may feel attracted to one crystal in particular.

And if you want more on the science of how and why crystals work, you may be interested in this book: Crystal Grids: How and Why They Work: A Science-Based, Yet Practical Guide.

Let’s look at another powerful method for developing your clairvoyance:

So what should you visualize?

You can visualise anything. Start by visualising the day you want to have tomorrow.

If you know a bit about the chakra system, you can also visualise your chakras – see them opening and getting larger one by one, and then close them again (In my Chakra Meditation kit I guide you through a process for doing this.)

Another exercise I used to use to stimulate my third eye was this:

I would see myself holding seven balloons, each one a colour of the rainbow. Then I would visualise myself releasing the balloons one by one, starting with the red one. I would see it floating up, into the blue sky before disappearing. Then I’d release the next one. 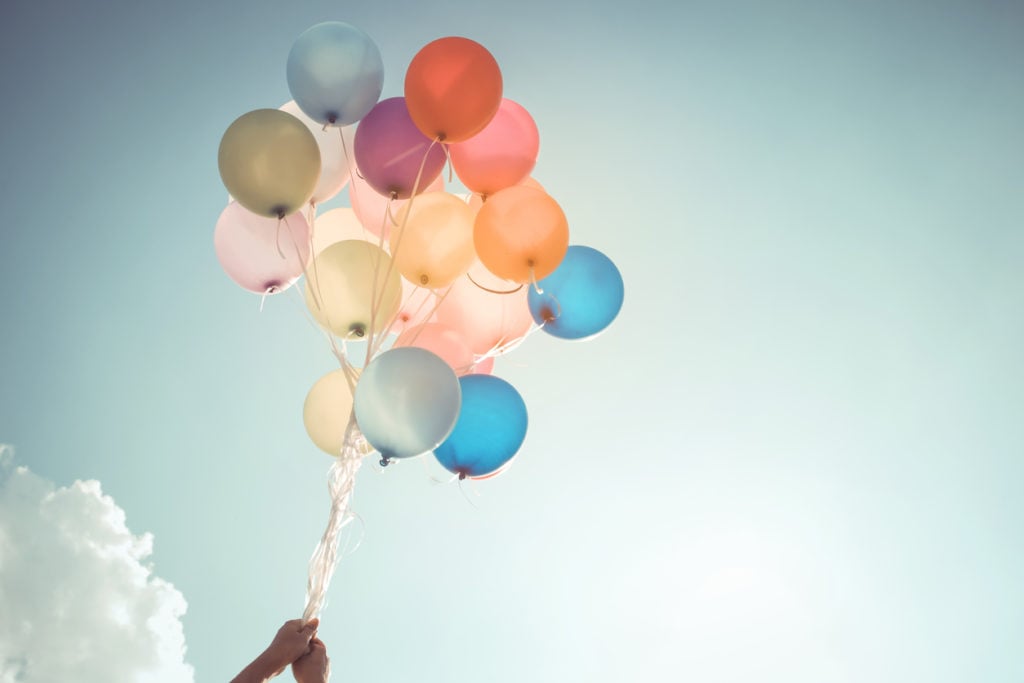 All of this visualising takes place in your mind’s eye, which is like the blank space or ‘movie screen’ inside your mind when you shut your eyes.

Note that if you’re new to visualizing, you might find it really difficult. It is like a muscle – the more you use it, the stronger it gets. Clairvoyants are people who have very strong visualising muscles – either because they have developed those ‘muscles’ or because they were born that way.

Now let’s look at the third way you can open up your clairvoyance! 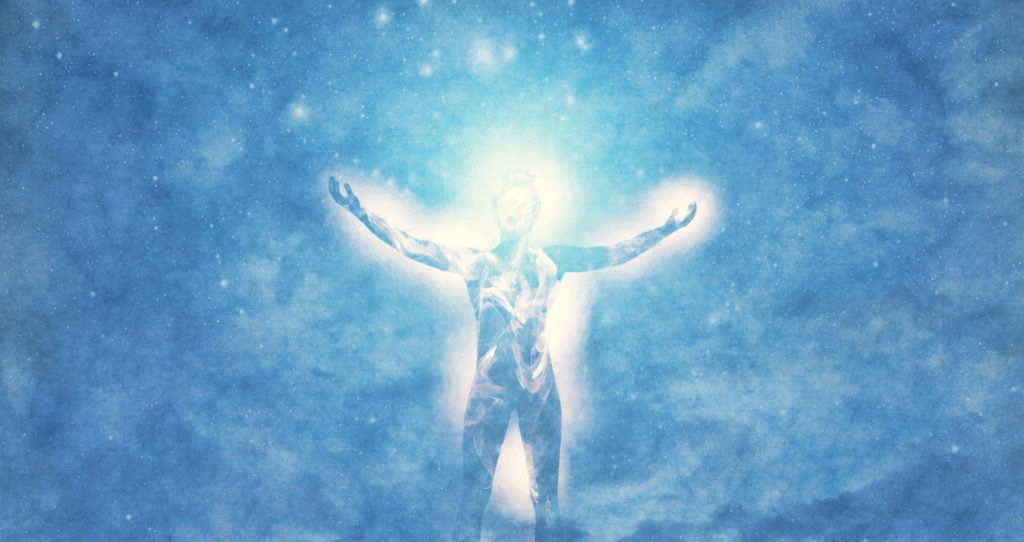 The aura is the outline of the energy body – it often looks like a white energy emanating from the person’s head and shoulders. You can see it depicted in many pieces of art, in which spiritual teachers and religious figures have halos around their heads. Some people see colours in the aura. Others just see the white or golden energy of the auric field.

We are most likely to see auras without even trying when we are staring at someone for a long time – someone who is sitting against a white background, when we are in a relaxed state.

Here is an exercise you can try:

1. Find a partner for this exercise and ask them to sit or stand against a white background, in a softly lit room.

2. Relax your eyes and look at one area of the person’s face, such as the mouth or nose.

3. At the same time, use your peripheral vision to look at the outline of the person’s body. Continue to stare at their nose/mouth while you do this.

It may take a few minutes to see the aura. Take your time. If you are not successful on the first go, keep trying! I find that this exercise is very dependent on the lighting and on the white background.

Just a final note – if you are developing your clairvoyance, remember that you will also need to have well honed clairaudience or claircognizance, so that you can interpret the messages you get visually.

How to Interpret Clairvoyant Images

Please share your experiences with your clairvoyance in the comments.

PS. If you are interested in developing your intuitive gifts & would like a step-by-step process for doing so, why not check out my Intuitive Awakening Course?

Signs Your Child Is Psychic
I’ve got two adorable nieces, aged 2 and 5. One of my nieces is highly sensitive to energies and her mother has repeatedly asked me over the last ...
How to Do Automatic Writing
Maybe you've heard of automatic writing and you want to know how to do it. In this article, I will show you how. Automatic writing is a great, non...
Clairaudience & Ringing in Your Ears
Hi Anna, I have a question about ringing in my ears. I have experienced a high-pitched ringing on and off (sometimes for days on end) for many ye...